Visit the Dionymed Brands Investor Dashboard and stay up to date with data-driven, fact based due diligence for active traders and investors.

DionyMed develops and markets its award-winning, wholly-owned “house” brands and sells a curated portfolio of third-party brands. DionyMed reaches customers through its Distribution and Direct-to-Consumer platforms. The Distribution business distributes and sells to over 800 retail dispensaries in California and Oregon. The Direct-to- Consumer delivery platform increased the number of orders received through it by 950% during Q2, offering consumers in the Northern California Bay Area the ability to research, find and receive via delivery over 200 cannabis and CBD-focused products through an online concierge system.

¹Based on contractual arrangements with these customers, the Company only recognizes the service fees of the product processed through its distribution network.
²Four months based on a change of year end that occurred in connection with the reverse take-over of Sixonine Ventures Ltd. in 2018.
³Adjusted EBITDA is a non-IFRS measure that does not have any standardized meaning under IFRS and therefore may not be comparable to similar measures presented by other issuers. The Company believes that Adjusted EBITDA is a realistic indicator of operating performance and is useful in performing year-over-year comparisons. However, this non-IFRS financial measure should be viewed as a supplement to, and not a substitute for, the Company’s results of operations reported under IFRS. Adjusted EBITDA is defined and reconciled in the Company’s management discussion and analysis for the fiscal year ended December 31, 2018 and quarter ended June 30, 2019, available at www.sedar.com.

Total gross revenues of product processed for the three and six months ended June 30, 2019 are $12.7 million and $34.4 million representing increases of 830% and 1,333% of the respective periods in 2018. The increase is the result of the addition of Rise Logistics, Winberry Farms and Hometown Heart, and the continued growth of the Company’s core operations.

Gross revenue of product processed through the Distribution channel for the three and six months ended June 30, 2019 increased to $10.7 million and $21.7 million, up 687% and 802% compared to the same period in 2018 and consistent when compared to the quarter ended March 31, 2019. The increase in revenue versus the comparable period in 2018 is the result of adding Rise Logistics and Winberry Farms to the distribution network and increases in revenues from existing operations. Revenue versus the quarter ended March 31, 2019 remained constant as DionyMed was focusing on higher margin business.

During the three and six months ended June 30, 2019, DionyMed generated total Direct-to-Consumer revenue of $2.0 million and $12.7 million respectively. During the quarter ended June 30, 2019, this revenue was generated by Hometown Heart fulfilling orders through the Company’s Chill platform. Previously, Hometown Heart generated revenue as a distributor for other cannabis brands, however, these relationships were terminated at the end of the first quarter of 2019. Since the Company began to actively market Chill in early April 2019, Chill revenues have steadily increased, to a current annual run rate of $10.8M within three months and at the same time reducing customer acquisition costs by 59%. Currently, Chill is operating in San Francisco, Oakland, and in an additional 14 cities in the Bay Area.

Gross margin for the three months ended June 30, 2019 totaled 12.8% of net revenue, compared to 17.0% for the same period in 2018. The decrease was the result of providing discounts to attract and refer new customers to the Chill platform. Gross margin for the six months ended June 30, 2019 was 25.9%, compared to 18.8% for the same period in 2018. The increase was mainly due to a higher mix of house brands and the addition of direct-to-consumer sales primarily during the quarter ended March 31, 2019. The Company is focusing on increasing the mix of revenue toward its higher margin house and additional portfolio brands.

DionyMed is continuing to grow its portfolio of both in-house and third-party brands, and while revenue and margins were temporarily compressed during the second quarter due to strategic decisions aimed at delivering growth going forward, the Company is successfully advancing its strategy and expanding its business in the world’s largest cannabis market. 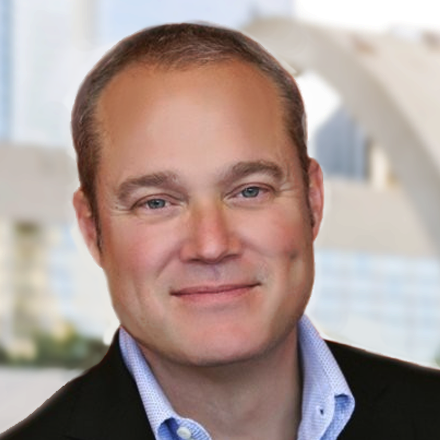 Our recent acquisition of the Los Angeles cannabis campus strategically positions DionyMed as a leader in California’s cannabis market. We have expanded our operational base to effectively serve the entire state with the most in-demand cannabis products through our leading cannabis brands platform.

Fields continued, “Our Q2 success in accelerating DYME’s Direct-to-Consumer delivery platform while maintaining operational efficiencies is reflective of our strengthening position and momentum against our strategy of becoming the leader in the direct-to-consumer cannabis space.”

Subsequent to the end of the Second Quarter 2019 Highlights

To be added to the DionyMed e-mail distribution list, please e-mail investorrelations@DYME.com with “Stay Updated” in the subject line.

Founded in 2017, DionyMed is a multi-state cannabis brands platform, supporting cultivators, manufacturers and award-winning brands in the medical and adult-use cannabis markets. DionyMed sells branded products in every category from flower to vape cartridges, concentrates and edibles. DionyMed serves cannabis consumers through retail dispensary distribution and direct-to-consumer fulfillment with its growing portfolio of award-winning brands. Learn more at dyme.com and follow @DYME_Inc on Twitter and LinkedIn.