The Maryland Medical Cannabis Commission (MMCC), formed in 2013, was renamed in 2015 to honor Natalie LaPrade, who died of kidney cancer in 2010. Her daughter, Baltimore City Delegate Cheryl D. Glenn, helped push forth the legislation that created the medical cannabis program because she believed that her mother’s life would have been improved with access to medical cannabis.   Following the recent award of 30 preliminary licenses to 22 companies last month, Glenn is outraged that no minorities were among the winners, and she, along with other members of the Black Caucus, intend to use political pressure and possibly file an injunction against the MMCC in order to address the situation.

We will not be accepting crumbs. Do not think for one minute that anyone is going to move forward without minority participation. It ain’t going to happen. 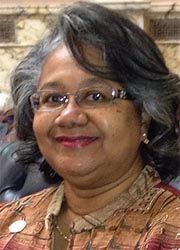 Diversity within the cannabis industry is a major challenge, as minorities have been victims of unjust drug laws for decades. Rules that often require applicants to have no felonies as well as substantial capital requirements for license applicants have served as barriers to entry for many minorities. Oakland recently addressed the issue by setting aside half of the eight additional licenses for businesses owned by residents of specific “police beats” plagued historically by a high incidence of arrests for cannabis possession or for those who had been incarcerated within the past decade, attempts to steer licenses to minorities without actually specifying that to be the case, as it would have otherwise violated state law.

It’s not clear how Maryland can or will address the lack of diversity among the cultivation and processing preliminary license recipients, but the MMCC could do so when it awards up to 94 dispensary licenses in the months ahead. The MMCC also will review the supply and demand for medical cannabis in two years, potentially issuing more cultivation and processing licenses. The program has already been delayed several years, and the efforts to address the lack of diversity among license holders could further delay access for medical patients.