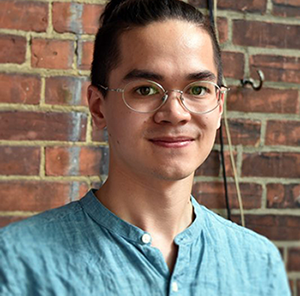 Right now, traditional agricultural practices are the main production method of natural cannabinoids. It takes months to create a final product, whether trimmed flower or an extract. Biosynthesis offers a more efficient route – mere days – to produce and extract cannabinoids like THC and CBD. Hyasynth Bio is one of the first among a number of companies actively gearing up to commercialize this technology in the cannabis industry.  Co-Founder and CEO Kevin Chen spoke with New Cannabis Ventures about his company’s approach to biosynthesis and its competitive advantage in the space.

Chen studied biochemistry during his undergraduate years and started Hyasynth not long afterward. Intrigued by the multitude of applications for cannabis products and how much remains to be learned, he saw an opportunity to put his scientific background to work.

Scale and quality control are two of the biggest advantages of biosynthesis, according to Chen. He offers aspirin as an example. Aspirin is manufactured on a global scale, but each pill will be the same no matter where you go in the world. Cannabis has yet to reach that world-wide scale and consistency. The efficiency of biosynthesis could dramatically change that.

Biosynthesis is an established industrial process with established quality controls, according to Chen. Companies like Hyasynth are repurposing that process to create a new kind of product: cannabinoids.

Biosynthesis could also play a significant role in product diversity, according to Chen. CBD and THC are far from the only cannabinoids. Biosynthesis could be used to produce other cannabinoids that are expressed less frequently in cannabis, like CBG, CBN, CBC, and more, and ultimately led to a greater variety of products.

Biosynthesis can be achieved through different approaches, including yeast, algae, and E. coli. Hyasynth opts to use yeast because it offers a system robust enough to host the necessary biosynthetic pathways, according to Chen. He describes yeast as a “workhorse,” and the company has engineered several strains capable of producing THC.

Bacteria does not offer the same advantages as a host, while algae have a number of challenges in terms of engineering and the amount of time it takes to grow, according to Chen.

What Biosynthesis Means for the Cannabis Space

Biosynthesis has the potential to change the industry’s supply chain, but how quickly? There is still work to be done on the science to make this technology viable for commercialization. Chen expects Hyasynth to bring products to market within the next year or two, beginning in Canada.

Once biosynthesis becomes commercially available, companies big and small will have a different way to source cannabinoids. For example, a large food and beverage company will be able to source THC or CBD for beverages on a global scale, according to Chen. On the other hand, academic researchers and smaller artisanal companies without the resources to grow their own cannabis and establish their own vertical supply chains will be able to source small quantities of cannabinoids to conduct research and bring products to market.

Hyasynth has raised C$12 million to date, which will last the company for a while, according to Chen. But, he expects to raise more funds to support the company’s efforts in winning significant market share.

As one of the first companies actively pursuing biosynthesis in the cannabis space, Hyasynth has had the time to experiment and find what works and doesn’t work, which will help the company build its patent portfolio. That time has also allowed the company to build significant relationships in the industry, like its partnership with Organigram. A large chunk of the company’s funding comes from Organigram, and Organigram will be buying Hyasynth products.

When it comes to raising money, Chen has found it difficult for investors to understand biosynthesis and the impact it is going to have on the industry. This technology is not as straightforward as simply growing the plant. He encourages investors to take the time to connect with the players in the industry and learn about this technology, because biosynthesis will ultimately change the way the cannabis space works.

To learn more, visit the Hyasynth website. Listen to the full interview: