New Emerald operation, one of only six licensed producers in Québec, adds indoor growing capacity of approximately 10,000 kg per annum

This indoor hydroponic growing facility, which has access to very low-cost energy and water, will be capable of high-yielding production of Emerald’s unique cannabis strains, several of which are currently being grown in Agro-Biotech’s facility. Agro-Biotech’s extensive experience in cannabis cultivation complements Emerald’s downstream product development focus, which is backed by its depth of pharmaceutical industry R&D and clinical development expertise, and extensive consumer packaged goods and alcohol beverage marketing experience.

Agro-Biotech has built out 20,000 sq. ft. of this facility and expects to have 50,000 sq. ft. equipped for indoor cannabis cultivation by year end. Emerald intends to meet the requirements for an ACMPR sales license for this facility before the end of August. This operation is estimated to have production capacity of 3,000 kg of cannabis in 2018 and have full production capacity exceeding 10,000 kg following completion of the build-out by year end.

With the anticipated introduction of legalized recreational cannabis in Canada, Emerald’s acquisition of Agro-Biotech expands its capacity to meet increased consumer demand in the second half of 2018. Emerald is currently also retrofitting its 50-percent owned 1.1 million square foot greenhouse in Delta, BC, which has its cultivation license and is expected to have over 46,000 kg of production capacity by 2019 and more than 75,000 kilograms of growing capacity when the facility reaches full production. Emerald is also constructing a 500,000-square foot hybrid indoor and greenhouse cannabis growing facility in Metro Vancouver.

On behalf of the entire team, we are extremely grateful to the city of Saint-Eustache, which has been a supportive and welcoming community, and we look forward to increasing local employment and contributing to the area’s economy. 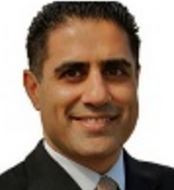 Québec’s and the city’s affordable electricity and water will enable us to produce unique, high quality cannabis at very low cost. We are excited to become part of an established presence in Québec that will allow us to be highly responsive to customers in this province and beyond.

“Agro-Biotech is one of only six Licensed Producers in Québec, Canada’s second largest province with a population of over 8.4 million. Our experienced and talented team collectively has over 60 years of cannabis growing and broad horticulture experience,” said Yan Dignard, President, RPIC/QPIC, of Agro-Biotech. “We did this deal as we respect Emerald’s capabilities and look forward to working with their team to build a strong and differentiated cannabis product line in Québec and across Canada.”

Under the terms of the Acquisition, Emerald will pay an aggregate purchase price of $90 million to the shareholders of Agro-Biotech, half in cash and half in shares. One-half of the cash consideration was paid on closing and the remainder will be payable on May 1, 2019. All of the shares were issued upon closing, however, half of the shares will be held in escrow until May 1, 2019, pursuant to an escrow agreement.

Emerald Health Therapeutics (TSXV:EMH) (OTCQX:EMHTF) (Frankfurt:TBD) is a Licensed Producer under Canada’s Access to Cannabis for Medical Purposes Regulations and produces and sells dried cannabis and cannabis oil for medical purposes. It is adding a 500,000 square foot greenhouse in Metro Vancouver to serve the anticipated legal Canadian adult-use cannabis market starting in 2018. Emerald owns 50% of a joint venture with Village Farms International, Inc. that is converting an existing 1.1 million square foot greenhouse in Delta, BC to grow cannabis. Emerald’s team is highly experienced in life sciences, product development and large-scale agribusiness. Emerald Health Therapeutics is part of the Emerald Health group, which includes multiple companies focused on developing cannabis and cannabinoid products with potential wellness and medical benefits.