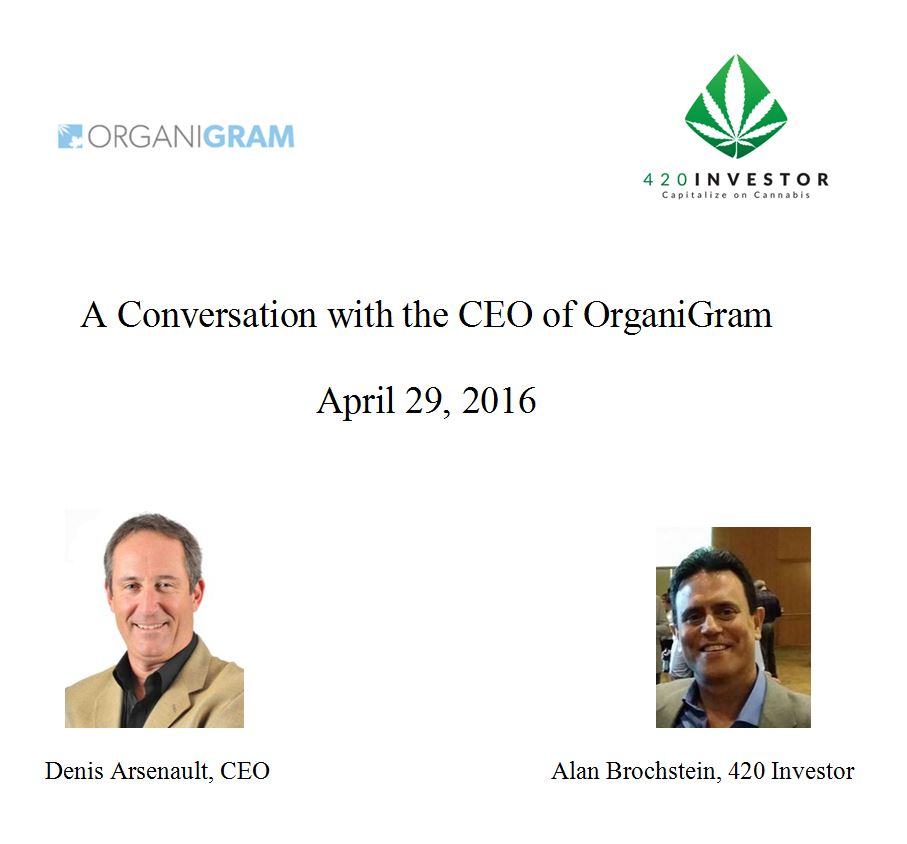 OrganiGram (TSXV:OGI) (OTC:OGRMF) soared 59% in April and is leading the Canadian LP YTD, with its stock up 29% through the end of April.  Shareholder returns appears to be the key metric driving the management of the company, which was one of the early recipients of its license from Health Canada. I interviewed its CEO, Denis Arsenault, in a 26-minute interview that can be accessed here in order to learn more about how the company is positioning in front of what it expects to be a $5 billion market opportunity as Canada implements legalization of cannabis by late 2017 in its view.

We covered his background and the background of the company, his outlook for changes ahead in the MMPR program as well as his expectation that Canadians will be able to purchase cannabis legally in late 2017, his company’s near-term build-out plans, how the company is differentiated from peers and his views on international expansion. Arsenault suggests that investors focus on the strength of management and the balance sheet and cash flow.

Arsenault attributes OrganiGram’s recent success, with Q2 sales rising 38% to $1.4mm, to geographical location, focus on organic product and penetration into veterans, which he estimates at 20-25% of clients.

As far as MMPR, Denis expects that MMPR will include the right to home grow as part of the pending August Health Canada regulation changes. The new rules will cut into the supply of the dispensaries. As far as extracts, he expects the concentration limitations for extracts to improve.

Denis expects the implementation of legal cannabis by late 2017. He is open to considering running stores and expects to be able to sell via mail, but he expects several types of distribution governed by the various provinces.

Denis believes the company stands out from peers in several ways. He points to others that are bigger but that are burning cash at an “alarming rate”. It’s not seeking to be the biggest but wants to produce the highest returns for shareholders. Low electricity costs, tri-level growing, and low labor costs help reduce production costs. The company has a real U.S. ticker, which has broadened its investor base,  and it has tapped into government support to help fund its efforts.