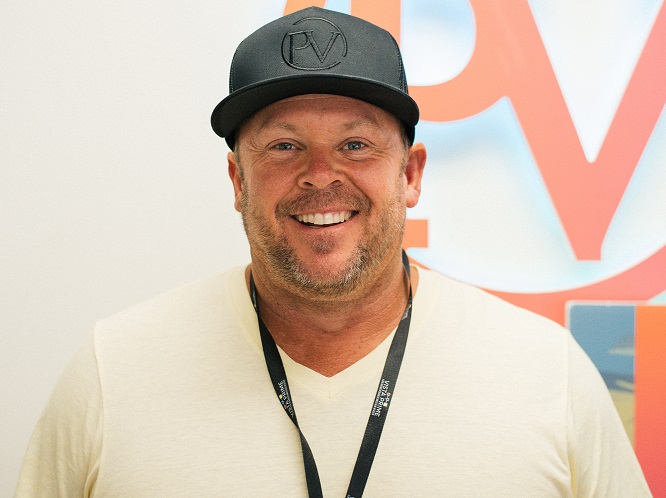 George Sadler and his son Cody Sadler started their premium cannabis products company Platinum almost 10 years ago. They began as cultivators and then transitioned to extraction, launching Platinum Vape five years ago. Today, the company portfolio includes vape products, chocolates and gummies, and it has a footprint in three states. Sadler spoke with New Cannabis Ventures about his company’s approach to multi-state expansion, supporting social causes and why he believes so much in self-funding. The audio of the entire conversation is available at the end of this written summary.

Sadler owned a flooring business for almost 18 years, operating in California and Oregon. He moved back to Michigan, where he is from, and then back to California. When in college, his son Cody approached Sadler about the idea of getting into the cannabis space. They entered the space and have been working together ever since as partners in the business. Sadler’s other son and his daughter run the company’s Michigan operations.

While a family business, Platinum has grown considerably; it has almost 200 employees. Sadler pointed to other important leaders, including Controller Vanessa Salladay; Janet Matula, who handles many different responsibilities, and Head of Manufacturing Matt Curran.

Sadler and his son Cody each own 50 percent of Platinum. They have fielded buy-out offers (some over $50 million, according to Sadler) and investor interest but have yet to take any of these deals. Sadler credits Cody’s financial acumen and their focus on expanding within the company’s means. Sadler points to the challenges many cannabis operators face now as they contend with debt repayment.

At this point in time, the company is not interested in being acquired. Sadler enjoys the freedom being self-funded affords, and the industry is just getting started.

Platinum has operations in Michigan, California and, most recently, Oklahoma. In Michigan, the company’s biggest market, it operates through a partnership with Exclusive. As required by the state’s regulatory structure, Platinum works with third-party companies to distribute its products, according to Sadler.

In California, the company’s manufacturing operations and offices are located in a 17,000-square-foot facility. But, Platinum recently purchased a building in Chula Vista. The facility is going under license, and the company will move its operations there, according to Sadler. The company is also in the process of transitioning all distribution in-house.

Oklahoma, Platinum’s newest market, has had strong presales that exceeded expectations, according to Sadler. As in the Michigan market, the company operates with a co-manufacturing partner in this state.

Nevada is slated as the company’s next step, but the launch has been delayed due to the COVID-19 pandemic. Platinum is also exploring opportunities in Arizona. As the company expands to multiple states, it will focus on a partnership model. The company will consider opportunistic acquisitions, but it is mainly targeting organic growth.

Platinum’s portfolio includes its Platinum Vape products, chocolates, gummies, flower and CBD products. It recently revamped its gummies, making them 100 percent vegan and switching the packaging from tins to bags. The company’s flower, available in a number of different lines, comes in prerolls and jars. Platinum also has a full line of CBD products. The company is considering future additions to the product portfolio, such as sublinguals, according to Sadler.

Platinum also uses its products to support a variety of social causes. Its REACT vape line uses the same cartridges and oils as its Platinum Vape products, but a portion of the proceeds goes to different charities. Thus far, the company has worked with organizations that support animal rescue, breast cancer awareness, suicide prevention, veterans, children’s hospitals, world hunger and LGBTQ pride.

The Fight Against Counterfeit Products

Counterfeit products continue to be an issue in the industry, an issue the Platinum team has encountered firsthand. About a year ago, the company noticed consumers complaining about their products on social media. After investigating, the team found out that the products in question weren’t actually theirs. Instead, black market operators were purchasing their packaging and cartridges and filling them with product that had not undergone the rigorous testing of authentic Platinum products.

Over the past year, the company has changed its packaging twice. When Sadler and his son Cody flew out to Michigan to document the problem, they found thousands of counterfeit products and contacted the state police, according to Sadler. The police formed a task force and began pulling counterfeit products from the shelves.

In a continued effort to cut down black market products, Platinum has partnered with NeuroTags. The QR codes on all Platinum packaging allow consumers to confirm where products were manufactured and their testing results. The QR code also gives consumers access to the Platinum website and rewards program.

Operations and Growth in Today’s Market

While the COVID-19 pandemic has affected the company’s plans in Nevada, Sadler is confident that Platinum will continue to grow. Stores in Michigan have transitioned to 100 percent curbside pick-up, and retail outlets are trying to find ways to handle the volume of demand, according to Sadler. He does foresee a potential drop-off in demand over the next couple of weeks as disposable income diminishes during this crisis.

Within its facilities, Platinum has an open-door policy, encouraging its staff members to give them feedback on what can be done to make them feel safe during this current situation.

The company has weathered other setbacks like the vape crisis. In Michigan, vape products were shut down for two months. But, growth is back up in Michigan, the company is seeing rapid growth in California and Oklahoma represents a significant opportunity, according to Sadler. Last year, with Michigan and California alone, Platinum generated almost $70 million in revenue, and Sadler expects that number to increase this year.

Over the long-term, Sadler sees a significant benefit to cannabis companies being named essential businesses during the pandemic. This will be important leverage to remember as industry advocates focus on passing legislation and pushing cannabis toward federal legality, according to Sadler. In the meantime, he expects effective branding to become essential, determining which cannabis companies will flourish and which will fail.

To learn more, visit the Platinum website. Listen to the entire interview: