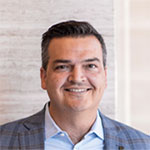 Mr. Fencott has been an executive in the cannabis industry since 2013 as a co-founder of Mettrum Health Corp. where he also served as its chief legal officer, corporate secretary and director through its go public transaction in September 2014 and its subsequent acquisition by Canopy Growth Corporation in January 2017. Additionally, he is a director of Push Capital Limited, an early-stage venture capital company focusing on the high-growth cannabis and digital technology industries. In addition to experience in the regulated cannabis industry, Mr. Fencott has more than 15 years of experience operating, building and financing businesses in the technology and media sectors. Mr. Fencott serves on the board of PopReach Incorporated, a global mobile applications publisher. He was former President and Executive Director of bitHeads Inc., a software development company based in Ottawa as well as an investor and strategic business consultant to Fuse Powered, a Toronto-based mobile analytics and digital distribution company. Mr. Fencott holds a BA Hons. from Queen’s University and an LLB from the University of Western Ontario, Faculty of Law. He is a member in good standing of the Law Society of Ontario. 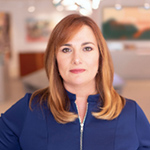 Nadia Vattovaz has been a financial executive in the retail and consumer packaged goods industries for more than 25 years. She has held senior financial roles in TSX-listed and privately held companies with focuses on financial management, strategic planning, financial shared services, corporate transformation and restructuring, mergers and acquisitions and finance systems implementations. She has extensive experience in developing industry standard financial controls and processes for large organizations. Ms. Vattovaz most recently served as Vice-President, Finance and Procurement of Holt Renfrew, Vice President of Financial Systems and Services of Canadian Tire Corporation and Senior Director, Finance of Maple Leaf Foods Inc. Ms. Vattovaz is a Chartered Professional Accountant and earned her designation with Coopers and Lybrand (now PricewaterhouseCoopers). Ms. Vattovaz is a member of the Chartered Professional Accountants of Ontario, holds a Graduate Diploma in Public Accountancy from McGill University and a Bachelor of Arts from the University of Western Ontario.

New Cannabis Ventures in partnership with due diligence platform 420Investor, is the definitive source for fact-based, data-driven, financial information and relevant company news for qualified publicly traded cannabis companies. NCV extracts and parses only the most important content. Information is provided “as is” and solely for informational purposes, not for trading or advice. Fire & Flower, Inc. is a client of NCV Media, LLC. Read our full disclaimer.