AmeriCann (OTC:ACAN), based in Denver, announced this morning that it intends to convert to real estate investment trust (REIT) status, which, if it occurs, would be a first for the cannabis industry. There are many companies that own cannabis cultivation facilities and/or dispensaries and lease them, allowing tenants facing challenges accessing capital to avoid significant up-front investment required, but none have structured themselves yet as a REIT.  REITs, which are governed by several different rules, provide investors with special benefits that include tax-free dividends as long as 90% or more of distributable income is paid out to shareholders.  The asset class has gained so much popularity over the past two decades that Standard & Poors (S&P) will be including it as a separate sector in its popular S&P 500 index this summer.

AmeriCann, which has projects in Massachusetts and Delaware that are under development but not yet producing income, has struggled as a public company and doesn’t appear to be particularly well-suited to pursue this strategy, which, as it indicated in the press release, is subject to “completion of related preparatory work and the obtaining of necessary third-party consents.”  In its most recent SEC quarterly filing (as of its FY16-Q1 ending 12/31/15), the company listed total equity of just $977K, while its current market cap, at $0.76 per share, is $12.64mm based on 16.63mm shares outstanding.  Most REITs trade near their equity value, so, in order for ACAN to successfully transition as a REIT, it will need to likely raise significant capital, which has been a challenge so far as a public company. Successful conversion to REIT status could aid in the company’s efforts to raise capital. 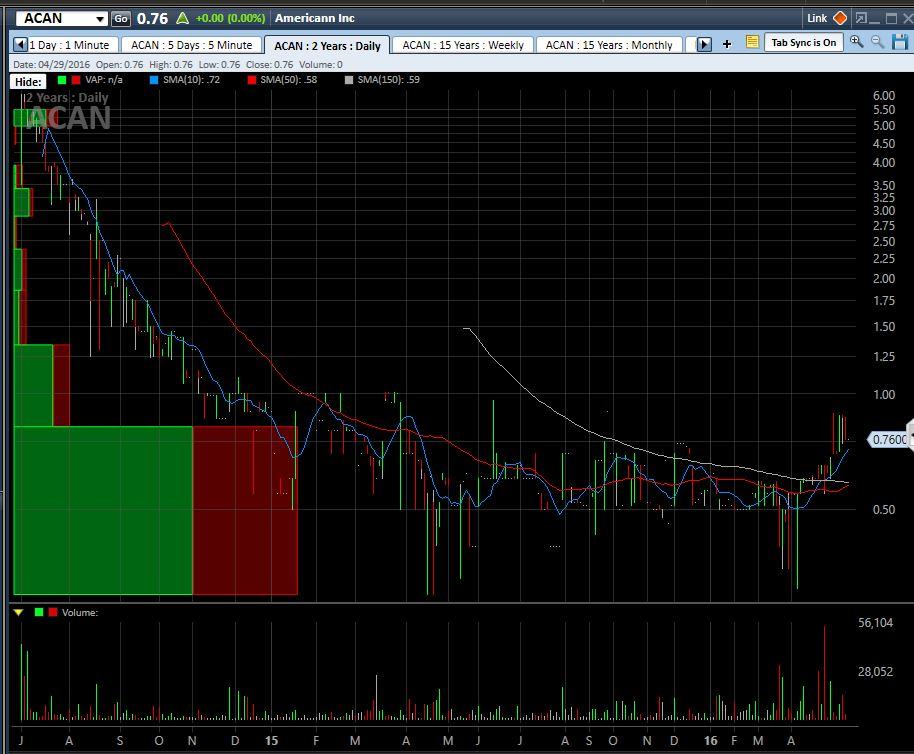