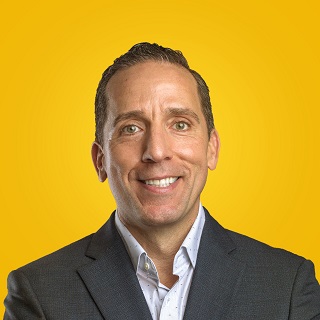 Multi-state operator Cansortium (CSE: TIUM.U) (OTCQB: CNTMF) has cut its annual costs by $4.5 million, restructured its leadership and announced plans for more growth in its home state of Florida. The cannabis company’s CEO Jose Javier Hidalgo spoke with New Cannabis Ventures about this recent news, his company’s footprint and a timeline for profitability. The audio of the entire conversation is available at the end of this written summary.

Hidalgo and his business partner Henry Batievsky, now the Chief Production Officer of Cansortium, were involved in private equity investment in distressed real estate when they began looking at the cannabis opportunity in Colorado. They liked the idea but wanted to enter in a more restrictive licensing environment. When the opportunity arose in Florida, they co-founded the company in 2015 and became one of the original five license-holders in the state.

Hidalgo has a personal stake in the industry as well. In 2011, he was in a near-fatal accident–he was hit by a car while bicycling. He was prescribed opioids to manage the pain of multiple surgeries and recovery. Now, he wants to help make cannabis available as an alternative to opioids.

Previously, Hidalgo held both the CEO and Chairman roles, but now he is focusing solely on the CEO position. Neal Hochberg, a CPA and advising consultant, has stepped in to fill the chairman role. Now, Hidalgo is the company’s only executive on the board of directors–the other members are all independent. With the intent to best utilize his time, Hidalgo will focus on day-to-day operations, sales, new products, and community outreach.

The Cansortium leadership team has a number of other vital members, including Chief Legal Officer Todd Buchman, CFO Marcos Pedreira, EVP of Operations Samantha Hymes, and master grower Mark McCoy. Buchman has a strong background in public companies and M&A. Pedreira, experienced with both public and private companies, brings expertise in manufacturing and distribution. Hymes, with a background in regulations and compliance, has helped guide the company through the application process in its operating states. McCoy has a number of patents in the space and oversees the company’s cultivation practices.

The company also has a strong scientific team driven by PhDs and PhD candidates.

In its home state of Florida, Cansortium has 16 Fluent stores open, and another four are expected to open by the end of the year, according to Hidalgo. The company also has two dispensaries open in Puerto Rico and a dispensary in Pennsylvania. Cansortium also has a cultivation site in Michigan and one of three CBD licenses in Texas.

The company is aiming to push its first-mover advantage in its current markets. In Florida, Cansortium is ramping up its Tampa cultivation facility, focused on producing premium flower, to full capacity in November. In that same month, the company is also launching a new line of solventless products in the Florida market.

The company has largely expanded through organic growth up until this point. While Hidalgo is cognizant of the M&A opportunities in the market, Cansortium will be focused primarily on executing in its existing markets of Florida, Michigan, and Texas.

Cansortium is also pursuing a number of international opportunities. The company has a cultivation, processing, and sales license in Canada. It just completed the first harvest at its Grimsby, Ontario facility outside of Toronto, which will be sold into the wholesale market.

The company is also licensed for cultivation and manufacturing Colombia. Cansortium is also in discussions with a number of distributors in Europe and in the final stages of an application process in Australia. Progress has been slower in these markets than in the United States, but there are opportunities for long-term returns, according to Hidalgo.

Hidalgo describes Cansortium as a “lifestyle medicine” company, catering to both the adult-use and medical markets without fitting solely into one category or the other. The company focuses on high-quality, consistent products, while continually searching for ways to improve bioavailability.

Cansortium has also developed machinery that helps to capture nearly the entire terpene profile from the plant. The terpenes in all of Cansortium’s products are native to the strain that was extracted.

The Fluent brand, operating under the tagline “We speak cannabis,” was created by a team of people with experience in famous consumer brands. The brand name speaks to the diversity of the company, which has a team that can speak more than 10 different languages. Hidalgo is also invested in bringing cannabis to the Latino community. Given his company’s diversity, he is excited about the potential to connect with this large piece of the population.

Cansortium raised $56 million ahead of its public debut and, afterward, another $25 million through a convertible note offering. That funding has largely gone toward building the Tampa cultivation facility, retiring debt, and ramping up to capacity in states with near-term revenue opportunities, according to Hidalgo.

When Cansortium was first started, it was planned to be much bigger than it is today. Leadership realized the need to right-size the company and cut $4.5 million in annual expenses. Now, the company is in a position to be profitable in the first quarter of next year.

The company continues to look for ways to attract smart capital, according to Hidalgo. He sees a big opportunity to attract investors who have yet to enter the space. He is also keeping in mind how legislation could open the door to more traditional banking lines.

Cansortium, like a number of other companies in the space, is experiencing low trading volumes. The company is focusing on investor relations and finding ways to create long-term value for its investors, according to Hidalgo.

The company recently revised its outlook for 2019, projecting $40 million in revenue instead of $80 million, due to delays on approval for its Tampa facility and delays in opening some dispensaries. Now, the Tampa facility is fully constructed and ramping up to full capacity, so Hidalgo expects the company to have the biomass it needs to meet financial predictions going forward. Cansortium will provide guidance for 2020 before the end of the year.

When investors evaluate companies, Hidalgo notes that profitability is an important metric. He also recommends investors look for companies with unique assets in crowded markets.

The Cansortium team is targeting near-term revenue opportunities. The company is focused on managing its costs, opening more stores, and executing in its markets.

To learn more, visit the Cansortium website. Listen to the entire interview: