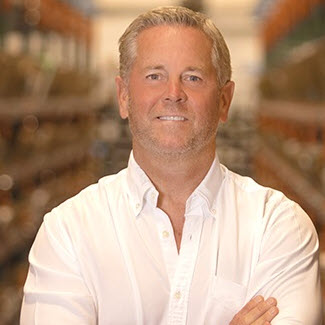 HERBL is a full-service cannabis distribution company serving the California market. The company recently entered the Nevada market via the acquisition of Blackbird, and it is looking to take its model to more markets across the U.S. Founder and CEO Mike Beaudry spoke with New Cannabis Ventures about the company’s current position in California and Nevada and how it plans to expand even further. The audio of the entire conversation is available at the end of this written summary.

Beaudry brings more than three decades of supply chain distribution experience to his role with HERBL. He spent a chunk of his career working for United Natural Foods, Inc. (NASDAQ: UNFI), a distributor of natural, organic products. He has personal experience with cannabis, and the fledgling industry caught his attention in 2014. He spent two years doing research before moving to California and another two and a half years doing due diligence on the ground in the state before officially launching HERBL.

A number of other leaders from UNFI are now on the HERBL team. Mark Shamber, previously the CFO of UNFI, is now the CFO of HERBL. Jacqueline Hartwell, another alum of UNFI, is the Chief Accounting Officer of HERBL. Recently, Robert Turner, formerly with Whole Foods, joined the team as Chief Operating Officer.

HERBL has built a kind of hybrid team, according to Beaudry, combining talent from big-name companies like FedEx and Gap with people who have deep cannabis experience.

As a full-service distributor, HERBL provides its clients with services on the logistics side, including pick-up, warehouse storage and delivery to retail. The company also purchases inventory from brands and works with them on go-to-market strategy; HERBL has its own sales team in the market.

The company has nearly 30 brands in its portfolio, with names like Cookies, Raw Garden, Pacific Stone and Emerald Sky. HERBL takes a careful approach to curating the right brand partnerships, according to Beaudry.

While there are other companies that offer full-service distribution, Beaudry does not see any direct competitors with the scale of HERBL. The company is in approximately 850 doors across the state, delivering products on more than 40 trucks. While HERBL is a full-service distributor, other companies in the California market operate with a third-party logistics model, opting to deliver but not taking ownership of the inventory.

California was a natural fit for HERBL’s supply chain model, according to Beaudry. He still sees tremendous opportunity in the state and expects more enforcement to address the illicit market, though he expects illicit operators will endure for the foreseeable future.

When Beaudry started talking to the Blackbird team, it became clear that a number of synergies, in terms of operations and culture, existed between the two companies. The acquisition of the company brought HERBL into the Nevada market. Additionally, Blackbird’s software is deployed in more than 400 dispensaries throughout the country, according to Beaudry.

HERBL is only a few weeks into the acquisition, but already, the two teams are working together to take advantage of the Nevada opportunity. With tourism making a comeback in Las Vegas, the team sees plenty of opportunities to roll out additional services in this market.

The HERBL team is eyeing markets on the East Coast for potential expansion, including New York, New Jersey and Connecticut. The company will focus on larger states where its model will work. States, such as Rhode Island, with only a handful of dispensaries are not a fit for the HERBL model.

While federal legalization could mean cross-border commerce in the United States at some point, Beaudry does not see that happening immediately. The company is focusing on the states it can move into and grow today.

As HERBL continues to expand, it will be considering the question of build versus buy. The company will be talking to companies in new markets about potential synergies, according to Beaudry. The Blackbird deal is an example of the company’s M&A strategy, and it is currently in a number of other conversations about potential deals.

HERBL has raised close to $50 million, and the company plans to raise more capital this year, according to Beaudry. Thus far, the company has seen investors largely of the family office or cannabis fund variety.

Over the past three years of operating in California, the company has established the team, technology and infrastructure that work. Now, it will be using capital to replicate that model as it scales across the country.

Going forward, HERBL will weigh the benefits of being a private company versus pursuing a public strategy. As a private company, it will be looking for the right funding partners that can provide capital and support via relationships or consulting.

Keeping Up with Sales

The company started in mid-2018, doing approximately $5 million in revenue that year. In 2019, that number jumped to more $100 million and then to more than $250 million in 2020. The company has been running to keep up with sales, according to Beaudry, and he expects growth to continue over the next few years. HERBL serves as a value-add partner in the middle of the supply chain, according to Beaudry, and customer and brand success is an important marker of progress.

California will always be HERBL’s home market, and the company will continue to focus its efforts there as well as in new markets. The team will be faced with the regulatory challenges of each new market, but the company has found an approach that works, and it continues to refine its model as it grows.

To learn more, visit the HERBL website. Listen to the entire interview: