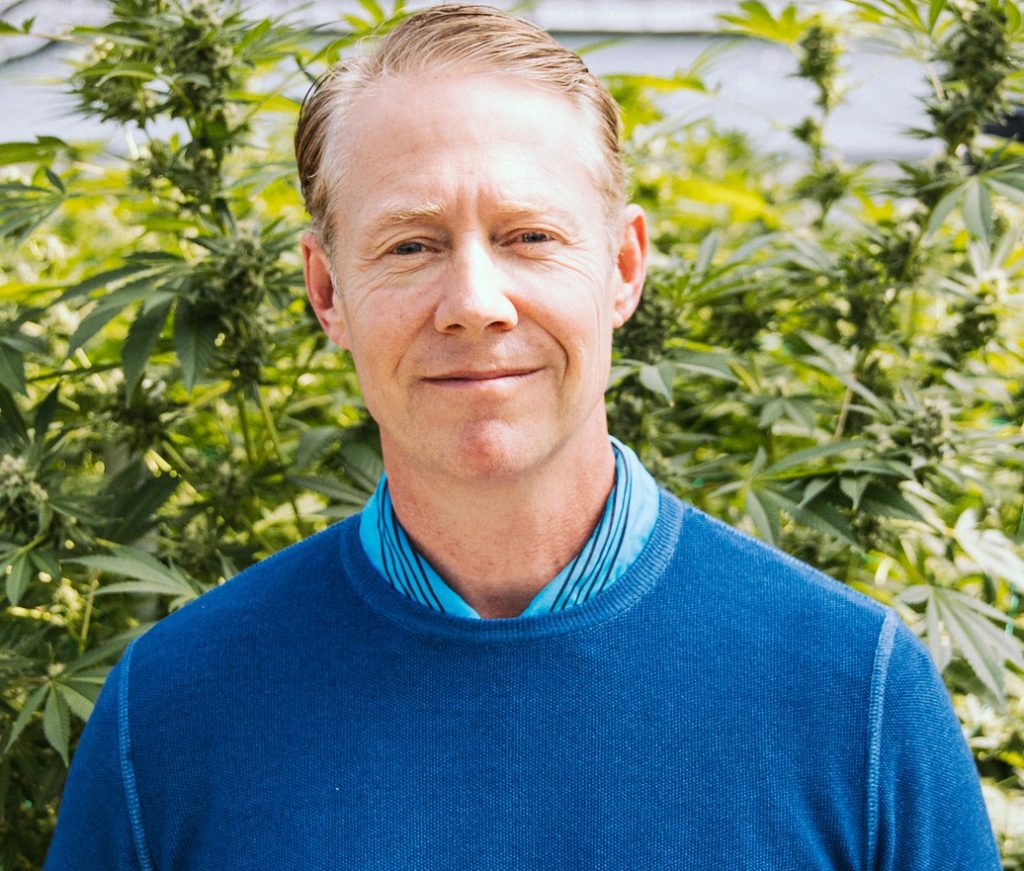 Glass House Brands (NEO: GLAS.A.U) (OTCQX: GLASF) is a vertically integrated, public company focused solely on the California market. Co-Founder, Chairman and CEO Kyle Kazan spoke with New Cannabis Ventures about the company’s recent de-SPAC transaction, competing in the California market and growth prospects. The audio of the entire conversation is available at the end of this written summary.

Kazan has a strong background in investing. He started out during the savings and loan crisis of the late 1980s and early 1990s. Since then, he has always looked for capital dislocation opportunities, an approach that initially drew his attention to the cannabis industry.

While cannabis is interesting to Kazan from an investment perspective, he also has a personal reason for working in this industry. He is a retired police officer and staunch opponent of the war on drugs. He hopes to see this initiative come to an end.

In addition to Kazan, the Glass House C-suite includes Graham Farrar, another co-founder. Farrar also serves as President and Chief Cannabis Officer, leading the company’s cultivation. Daryl Kato, who brings a strong CPG background to the team, serves as COO. Derrek Higgins is the company’s CFO. He helped to take Harborside public and did the same with Glass House. Erik Thoresen serves as the company’s Chief Business Development Officer.

Prior to making this move, the company had reached a crossroads. It could continue to run as-is, eventually reaching a point where it would cap out all of the biomass it would be able to grow. Second, it could continue to raise money from private investors, no easy task. Plus, many private investors are interested in debt, something the company has largely been able to avoid, according to Kazan. An IPO was also a potential path ahead of the company, and one that the team considered.

Ultimately, the company decided to partner with Jonathan Sandelman and his team, which previously led the de-SPAC process for Ayr Wellness. The process was complex, but Kazan is pleased to be on the other side and running a public company.

Glass House is in the process of buying 5.5 million square feet of cultivation space, and it has a deal with Element 7 to buy 17 licenses and develop more, according to Kazan. The company’s acquisition of the SoCal greenhouse has one more hurdle to clear, and the deal is expected to close sometime in the third quarter. The company is buying the greenhouse with cash on hand.

The Glass House team has good relationships in the industry, and it is currently in a number of conversations with other companies, according to Kazan. When it comes to future M&A, the team will look for deals that will make sense for growth and serve as a cultural fit.

Kazan and his co-founder Farrar are lifelong Californians. They have experience building businesses in the state, which means they are used to the ultra-competitive environment. Kazan views California as the World Cup of cannabis, and he expects more than 50 percent of the brands to really find success in this business to come from there. The company is focused on excelling in a space where it still has to compete with a major illicit market for the attention of sophisticated cannabis consumers.

Glass House takes a quality for the price approach when it comes to branding. Right now, the company is focused on sustainable greenhouse growing. As the company grows, Kazan anticipates that some of its brands will do well in markets beyond California while others will remain specific to California. He also expects indoor-grown cannabis to become more of a niche in the industry.

While federal legalization could eventually herald cross-border transactions and eliminate the need for vertical integration within specific states, Kazan does not anticipate that legalization will happen within the next few years.

Funding in cannabis is a tricky business, and Kazan has never considered Glass House to be rich in cash. Instead, the team focuses on being smart with the cash it does have. Right now, Kazan is comfortable with the company’s cash position. He is still growing accustomed to running a public company. He has been raising private equity since the 1990s and plans to keep an open mind about the fundraising options ahead of Glass House.

The company went public with the intention of becoming bigger and more efficient. Glass House will be bringing on new facilities, like the SoCal greenhouse. Kazan expects to see revenue coming from its acquisitions likely in 2022. In the meantime, Glass House will continue to be a good steward of cash, according to Kazan.

The wholesale flower market is under a lot of pressure, and Kazan thinks it could be the start of commoditization now or in the near future. When that happens, he expects there to be a shakeout in the industry. Glass House is positioned in a good area for agriculture and focused on driving strong agricultural policies.

Only the strongest companies will survive, according to Kazan. He sees cannabis as a major opportunity for investors during a period of capital dislocation when most people aren’t investing in this industry. Once legalization moves forward, money and companies interested in investing will likely pour into the U.S. cannabis industry.