After breaking an 8-month losing streak in December with a strong close on the last day of the year, the Global Cannabis Stock Index extended its January losses with a 21.5% decline during February, ending at 31.41: 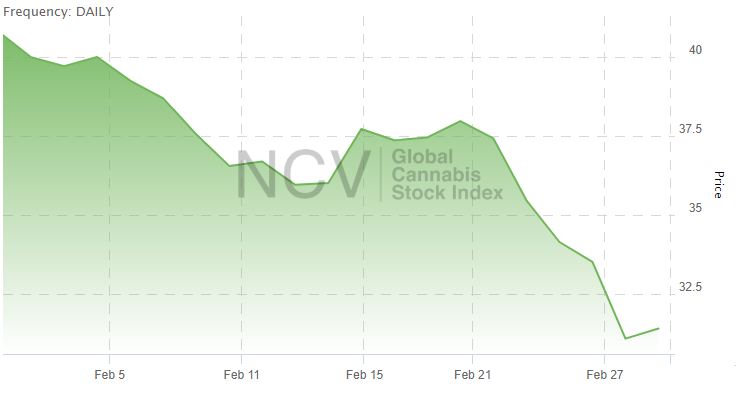 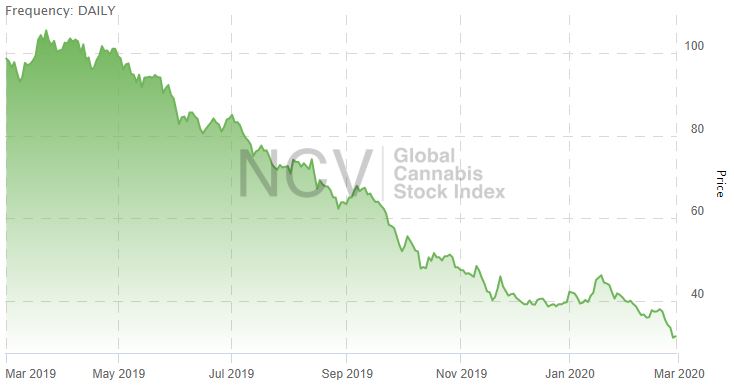 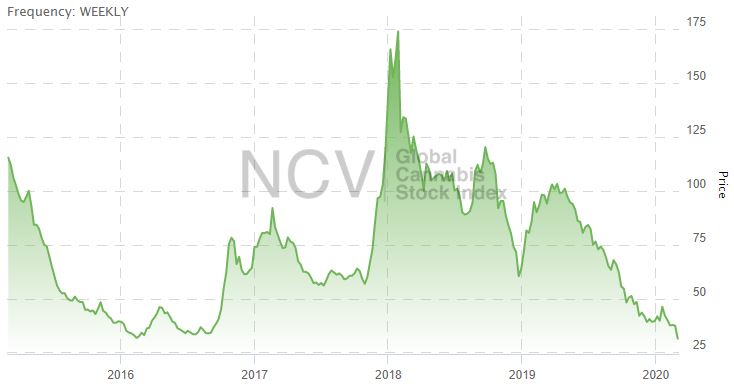 4 names gained more than 16% during February:

Sundial Growers, a Canadian LP which went public in August at $13, plunged to an all-time low near $1 following the departure of its CEO and its COO in January, when it posted a 60% decline, the worst in the index. This month, it recovered some of its losses, climbing 18%. GrowGeneration matched its 16% January jump with another 16% gain in February. The company expanded into Florida, its 10th state, with an acquisition that it believes will add $12 million per year in revenue. Planet 13 Holdings rallied late in the month to gain 6%. During the first week of February, it reported that January revenue set a record. Innovative Industrial Properties extended upon its 18% gain in January, rising 3% in February. The company reported revenue and AFFO per diluted share that were substantially higher than analyst estimates.

4 names fell by more than 25% during February:

KushCo Holdings, which led the index in January with a gain of 26%, lost 48% in February after it priced an equity offering and as concerns mounted surrounding the potential for its supply chain to experience disruptions due to coronavirus. MedMen continued to be pressured by concerns over its financial health, losing 46% during the month as it reported 11% sequential growth in revenue during fiscal Q2 with little progress in addressing its operating losses. The company announced that it will be focusing solely on retail going forward. Vireo Health began the year with a 10% gain but lost 46% in February. Pyxus International plunged to an all-time low after reporting its fiscal Q3, with declining tobacco revenue and mounting losses in its cannabis, hemp and e-liquids business triggering concern about how it will address its substantial debt that is due in 2021.