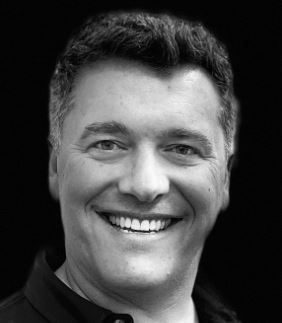 East coast MSO Green Leaf Medical has taken a calculated approach to growth, first focusing on winning licenses organically in its markets. Now, it is planning to go deeper into those markets with acquisitions. CEO Phil Goldberg spoke with New Cannabis Ventures about his company’s multi-state footprint, its pending applications and the revenue outlook for the next few years. The audio of the entire conversation is available at the end of this written summary.

Goldberg was running an ad agency, which he started from the ground up in the late 1990s, when Maryland began to allow cultivation, extraction, and retail licenses. He and his brother Kevin Goldberg, now Green Leaf’s General Counsel, applied for licenses in the state and started the company.

Green Leaf prides itself on its corporate culture, according to Goldberg. The company offers its employees a matching 401(k) and full healthcare coverage. Green Leaf also focuses on its employee training program, run by Kristin Cousin, which includes classroom and on-the-job education.

Goldberg has seen other companies rush to make acquisitions in strong markets only to find themselves without strong operators. Green Leaf is focused on building its business with the help of the strongest talent possible.

Green Leaf has operations in Maryland, Pennsylvania, Ohio, and Virginia. In Maryland, its vertically integrated footprint includes cultivation, extraction, and retail. A 20,000-square-foot expansion of its cultivation facility in the state will take production from 500 pounds per month to 1,000 pounds per month, according to Goldberg. The Maryland extraction lab makes a number of products, and the company is looking to add more dispensaries in the state.

In Pennsylvania, Green Leaf has a 275,000-square-foot facility. A total of 100,000 square feet houses its cultivation and extraction operations, and the company is in the process of completing the remaining 175,000 square feet. The facility will have a total production capacity of 5,500 pounds per month.

In Ohio, the company has dispensary operations. Its retail locations are performing well, but the market is taking longer to develop, according to Goldberg.

The company is one of five vertically integrated license holders in Virginia. Operations are located in Richmond, and the company is in the process of adding five additional dispensaries to its license.

Green Leaf is largely focusing on limited license states. It has pending applications for vertically integrated licenses in New Jersey and West Virginia. Georgia and Colorado are also states of interest. In Georgia, the company has started the Georgia Cannabis Industry Association in an effort to support the best possible regulations in the state, according to Goldberg. In Colorado, the company is exploring a potential acquisition.

The company’s products are sold under the gLeaf brand. Flower, including pre-rolls, accounts for approximately 60 percent of its sales. The remaining sales are of concentrates, including vape cartridges and solid concentrates. Green Leaf is also building out a kitchen in Maryland in anticipation of forthcoming edibles regulations in the state.

A Balanced Approach to Growth

Historically, Green Leaf has been built by entering new markets and winning licenses. Now, when the company plans to go deeper into its markets, it will explore possible acquisitions. For example, it is looking to add dispensaries to its Pennsylvania operations through acquisition. With its 275,000-square-foot facility in the state, Goldberg is confident in the size of the company’s operations, but he sees additional dispensaries as an insurance policy in the case that the state issues additional licenses.

At the beginning of 2019, Green Leaf raised $20 million to fund its northeastern expansion, and the company still has approximately $7 million of capital. It has no remaining capital expenditures. Goldberg sees the company as well-positioned for the future.

Green Leaf has raised $27 million from the sale of equity to date, and it is in the process of shutting down its Series G. Goldberg recognizes that the sale of equity is dilutive, and now, the company is focused more on sale-leasebacks and debt. The company has worked with Innovative Industrial Properties to execute sale-leasebacks, and it is exploring another possible sale-leaseback deal for its expansion in Pennsylvania. Additionally, Green Leaf has a potential debt option, which it could use to complete some dispensary acquisitions in Pennsylvania.

The company has been approached by other MSOs and SPACs interested in a merger, but it hasn’t moved forward with any of those proposals. For now, the company is focused on building its business through organic means and smart acquisitions. It will be ready to enter the public markets when the timing is right, according to Goldberg.

Green Leaf has been steadily building its revenue over time. In 2018, the company did about $10 million sales and grew i 2019 to approximately $22 million. With Pennsylvania fully operational, the company expects to do $90 million in sales in 2020. As Virginia comes online, revenue is expected to grow to $160 million in 2021 and to $250 million in 2022, according to Goldberg.

As the company continues to grow, Goldberg is conscious of taking a measured pace. A lot of distressed assets are going to be coming onto the market, and it is going to be tempting to snap them up, he said. But, Green Leaf will remain dedicated to building a strong team and making carefully calculated acquisitions.