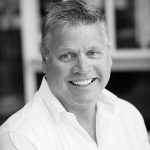 In his role as CEO, Craig is responsible for ensuring the company executes on its mission of elevating all elements of the consumption experience. He oversees the organization’s senior management team and is integral in making critical strategic, operational, and financial decisions. Craig regularly meets with key stakeholders including customers, vendors, shareholders, analysts, investors, and media outlets.

Craig is a senior leader with over 20 years of success in driving growth and development of high tech and emerging technology organizations. He has significant experience leading disruptive strategies in new markets and building corporate reputation on a national scale. He has held senior leadership positions at two Fortune 100 companies (Pepsi Cola & Citibank) combined with executive leadership experience in two successful startup to Nasdaq IPO success stories (Go2Net & Marchex). He has deep experience in M&A and P&L Management with experience in over 20+ acquisitions and most recently had direct responsibility for two successful company sales as CEO (SnapNames & Moniker). He is a graduate of the United States Naval Academy and a former Naval Officer. 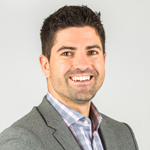 In his role, Nick is responsible for supporting the company’s key corporate development initiatives, including execution of the Company’s previously disclosed liquidity plan, full time.

Prior to Greenlane, Nick was the co-founder, CEO and Chairman of publicly traded KushCo Holdings, another industry pioneer, which merged with Greenlane in September 2021. Under Nick’s leadership, KushCo grew from under $2 million in annual revenue to achieving nearly $115 million in fiscal 2020, with operations in multiple states and countries, and employing over 100 team members.

Lana brings over 25 years of experience in senior legal and finance roles at both large and small and public and private companies.

Prior to Greenlane, Amir was the General Counsel of KushCo Holdings which merged with Greenlane in September 2021. Before joining KushCo in 2018,he was a transactional attorney at Cox Castle & Nicholson where his practice focused on commercial leasing, land acquisitions, dispositions, and commercial contracts

New Cannabis Ventures in partnership with due diligence platform 420Investor, is the definitive source for fact-based, data-driven, financial information and relevant company news for qualified publicly traded cannabis companies. NCV extracts and parses only the most important content. Information is provided “as is” and solely for informational purposes, not for trading or advice. Greenlane Holdings, Inc., is a client of NCV Media, LLC. Read our full disclaimer.