DENVER, CO / ACCESSWIRE / May 19, 2017 / GrowGeneration Corp. (OTCQB: GRWG) (“GrowGen” or the “Company”), one of the largest specialty retail hydroponic and organic gardening stores, selling to both the commercial and home cannabis growers, with currently 12 locations, today announced the appointment of Monty R. Lamirato as its Secretary and Chief Financial Officer effective May 15, 2017. Mr. Lamirato succeeds Irwin S. Lampert, who announced his retirement.

Darren Lampert, Co-Founder and Chief Executive Officer of GrowGen, commented, “Monty has nearly four decades of accounting, audit and corporate financial experience with a variety of companies across a breadth of industries, equipping him with meaningful and practical experience that will be of great value to GrowGen as we execute our growth strategy and our need for scalable accounting and management reporting solutions increases.”

From March 2009 to just prior to joining GrowGen, Mr. Lamirato worked as an independent consultant providing chief financial officer and financial reporting consulting services to companies of various sizes in a variety of industries. In this capacity, he prepared and reviewed SEC filings and GAAP-compliant financial statements, provided technical accounting assistance, designed and developed inventory and logistics systems for inventory management, developed scalable accounting and reporting systems, internal accounting controls and annual budgets and evaluated short-term investment alternatives for idle cash. From March 2013 until November 2016, Mr. Lamirato served as Chief Financial Officer of Strategic Environmental & Energy Resources, Inc., a publicly traded holding company that provides a wide range of environmental, renewable fuels and industrial waste stream management services, where he was responsible for all SEC filings, prepared all GAAP and SEC compliant financial statements and developed financial and operating metrics and other key performance indicators for evaluation of business results by management. Mr. Lamirato has also served as Chief Financial Officer and Treasurer of ARC Group Worldwide, Inc. from June 2001 to March 2009, Vice President of Finance at GS2.net, LLC from November 2000 to May 2001, and also Vice President of Finance for PlanetOutdoors.com, Inc. from June 1999 to October 2000. He began his career as an audit staff member with Coopers & Lybrand in 1977, where he remained until he served as an Audit Manager and Audit Partner with Mitchell Finley and Company, P.C. from 1986 to 1993. Mr. Lamirato received a Bachelor of Science, cum laude, from Regis College in Denver and is a Certified Public Accountant.

The legalized cannabis market has never been more dynamic, and GrowGen is strategically positioned to capitalize on the growing need for equipment and supplies that will support cultivators’ organic growth and expansion into new markets. I am eager to work with Darren and the GrowGen team and make the accounting and finance functions a strong pillar of support as the company continues to scale and expand. 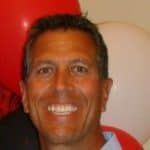 “On behalf of GrowGen’s Board, management, employees and shareholders, I wish to thank Irwin Lampert for his three years of service to the Company, and we wish him all the best in a well-deserved retirement,” added Michael Salaman, President of GrowGeneration.

GrowGeneration Corp. (“GrowGen”) owns and operates specialty retail hydroponic and organic gardening stores. Currently, GrowGen has 12 stores, which includes nine locations in Colorado, two locations in California, and one location in Nevada. GrowGen carries and sells thousands of products, including organic nutrients and soils, advanced lighting technology and state of the art hydroponic equipment to be used indoors and outdoors by commercial and home growers. Our mission is to own and operate GrowGeneration branded stores in all of the major legalized cannabis states. Management estimates that roughly 1,000 hydroponic stores are in operation in the U.S. According to New Frontier Data, the U.S. legal cannabis market was $6.6 billion in 2016, and is expected to reach $8.0 billion at the end of 2017. By 2025, the market is estimated to reach over $24 billion with a compound annual growth rate of 16%.