GrowGeneration Corp. (OTCQB: GRWG), (“GrowGen” or the “Company”) one of the largest specialty retail hydroponic and organic gardening stores in the Country, with 13 locations in Colorado, California, Washington and Nevada, selling to both the commercial and home cannabis growers, today announced it has appointed Merida Capital Partners’ Peter Rosenberg, to its Board of Directors. The appointment of Mr. Rosenberg is in accord with our recently completed financing and strategic agreement with Merida Capital Partners. As part of that transaction, Merida received the right to designate one person to the Company’s Board of Directors, which Board seat is being filled by Peter Rosenberg, a Merida partner with more than 25 years of experience in merchant and investment banking. experience in merchant and investment banking. Mr. Rosenberg replaces Irwin Lampert, who retired on July 12, 2017.

Darren Lampert, Co-Founder and CEO, said “Our Company could not be more proud and excited to bring Peter on as a board member. Peter brings a breadth of investment banking experience along with a deep knowledge of the consumer products, retail, and indoor gardening space. His contributions to GrowGen will be invaluable as we continue to execute our expansion and growth plan.”

Merida’s Managing Partner, Mitchell Baruchowitz, commented “Peter’s appointment is another reflection of GrowGen’s continued focus on professional management and its commitment to developing an active and strategic Board of Directors. GrowGen’s growth over the past 3 years has been exponential, and Merida is excited to continue to use its resources to help the Company capture potentially larger opportunities. Peter has strong relationships with California-based cultivators and is expected to help drive additional business to GrowGen. In addition, he will bring a wealth of governance and strategic oversight to an already well-functioning executive team.”

I am excited to become a Director on the Board of GrowGen and support the management to maintain the Company’s strong momentum and leadership position in the retail hydroponics and indoor gardening equipment industry. The Company is well positioned to benefit from the strong trends in the indoor horticulture market, and is expected to grow organically and through consolidation. I am looking forward to working with management to build the Company and create value for the shareholders. 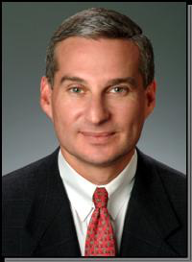 Peter Rosenberg has 28 years of experience in the financial services industry, specifically in leveraged finance, capital markets, strategic advisory, private equity and asset management. Throughout his career, he has executed capital raising, mergers and acquisitions, and restructuring transactions. Peter was previously with Duff & Phelps as a Managing Director in the Consumer and Retail Merger and Acquisitions Group. Prior to Duff & Phelps, Rosenberg was a Managing Director with Wells Fargo Securities. where he was responsible for sourcing and executing financing and mergers and acquisitions transactions for independent and financial sponsor-backed middle market companies. Previously, Rosenberg established and managed the San Francisco office for Barrington Associates, a boutique mergers and acquisitions advisory firm. At Barrington, he completed divestiture and recapitalization transactions in the consumer, retail, industrial and business services sectors and was responsible for coverage of middle market private equity firms. Prior to Barrington, Rosenberg was a Director at Salomon Smith Barney, focusing on corporate finance and mergers and acquisitions transactions for West Coast consumer product, specialty retail, financial services and industrial companies. Rosenberg has also held positions at Richard C. Blum & Associates (now BLUM Capital) and Comann, Howard & Flamen. He graduated magna cum laude from the University of Colorado with a B.S. degree in Business and Administration and was a member of the Beta Gamma Sigma academic honor society. Rosenberg holds Series 7, 24, and 63 securities industry registrations.

GrowGeneration Corp. (“GrowGen”) owns and operates specialty retail hydroponic and organic gardening stores. Currently, GrowGen has 13 stores, which includes nine locations in Colorado, two locations in California, one location in Nevada and one in Washington. GrowGen carries and sells thousands of products, including organic nutrients and soils, advanced lighting technology and state of the art hydroponic equipment to be used indoors and outdoors by commercial and home growers. Our mission is to own and operate GrowGeneration branded stores in all the major legalized cannabis states. Management estimates that roughly 1,000 hydroponic stores are in operation in the U.S. According to New Frontier Data, the U.S. legal cannabis market was $6.6 billion in 2016 and is expected to reach $8.0 billion at the end of 2017. By 2025 the market is estimated to reach over $24 billion with a compound annual growth rate of 16%.

Merida Capital Partners is a private equity investment firm targeting fundamental growth drivers underpinning the rapid development of the cannabis industry. Its investment emphasis focuses on cultivation technologies, products and services associated with the evolution of cannabis as an agricultural product, a natural plant-based medicine, a constituent in pharmaceutical formulations, and a recreational consumer product. The Merida team has members who have been working with state legal cannabis companies since 2009 and investing in cannabis related companies since 2012, and has honed its investing philosophy through immersion in the most complex areas of the cannabis industry, the state regulated licensing process for medical cultivation and cannabis-based pharmaceutical development.