Management Continues to Expect $15 Million in Revenue for 2017

DENVER, May 16, 2017 /PRNewswire/ — GrowGeneration Corp. (OTCQB: GRWG), (“GrowGen” or the “Company”) one of the largest specialty retail hydroponic and organic gardening stores, selling to both the commercial and home cannabis markets, with currently 12 locations, today reported financial results for its first quarter ended March 31, 2017.

This was a record quarter of sales for GrowGeneration, clearly demonstrating the demand for our products and the scalability of our business as we continue our expansion plans. The first quarter was the fifth consecutive quarter of sequential revenue growth, and our second quarter is off to a robust start with April setting a new monthly record and surpassing the $1.0 million monthly sales mark for the first time in the history of the Company.

We are aggressively expanding our business in California, Nevada, Michigan, Massachusetts, Maine, and the state of Washington. In addition to the recently opened California and Nevada markets, the Company plans to initiate sales in Washington, Michigan and New England in the second quarter. With the new markets, we have planned for 2017, along with continued same-store sales growth, revenue for 2017 is projected to be approximately $15 million.

For the period ended March 31, 2017, the Company had a total of six stores opened more than one year, generating net revenue of $1.5 million, compared to $1.3 million for the same six stores for the period ended March 31, 2016, an increase of approximately $220,000. The four stores opened less than one year generated $1.0 million for the quarter ended March 31, 2017. Sales from the recently opened Denver South and San Bernardino stores will start being reflected in the Company’s financial results in the second quarter. In April, management consolidated the Pueblo South store into the other two Pueblo stores.

GrowGeneration Corp. (“GrowGen”) owns and operates specialty retail hydroponic and organic gardening stores. Currently, GrowGen has 12 stores, which includes 9 locations in Colorado, two locations in California and one location in Las Vegas. GrowGen carries and sells thousands of products, including organic nutrients and soils, advanced lighting technology and state of the art hydroponic equipment to be used indoors and outdoors by commercial and home growers. Our mission is to own and operate GrowGeneration branded stores in all the major legalized cannabis states. Management estimates that roughly 1,000 hydroponic stores are in operation in the U.S. According to New Frontier Data, the U.S. cannabis market was $5.7 billion in 2015 and is expected to have reached $7.2 billion at the end of 2016. By 2020 the market is estimated to reach over $23 billion with a compound annual growth rate of 32%. 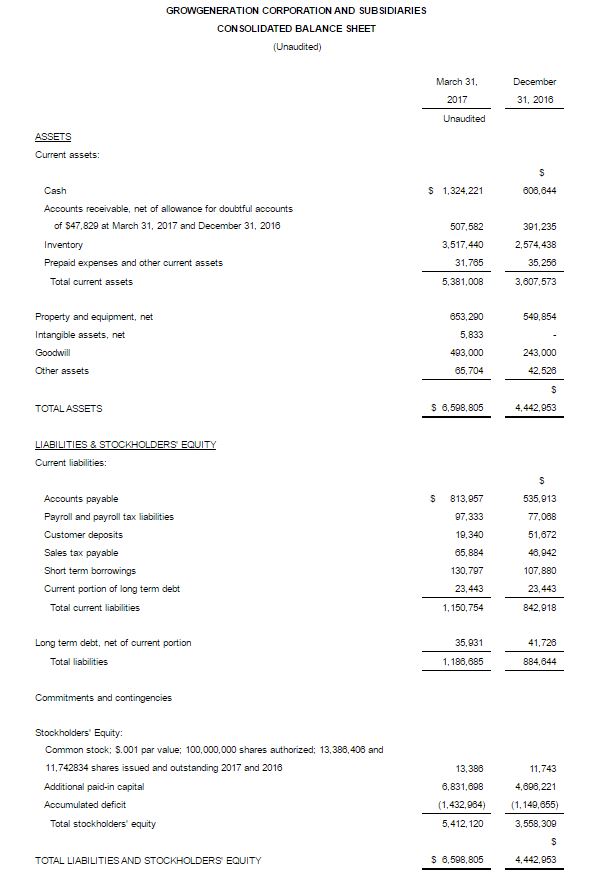 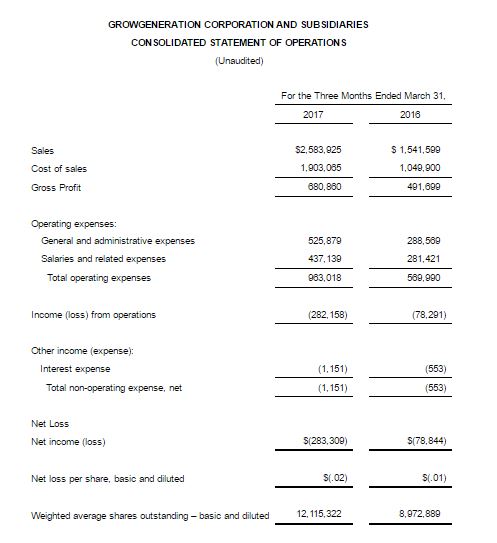