DENVER, CO / ACCESSWIRE / May 17, 2017 / GrowGeneration Corp. (OTCQB: GRWG), (“GrowGen” or the “Company”) one of the largest specialty retail hydroponic and organic gardening stores, selling to both the commercial and home cannabis growers, with currently 12 locations, announced today, that as a follow up to its recently announced financing from Merida Capital Partners, a cannabis infrastructure fund, it has received an additional $2.0 million in equity capital, led by Merida Capital Partners, which increased its investment by an additional $500,000 of new capital. GVC Capital acted as the Placement Agent for this transaction. The fully subscribed private placement consisted of 1,000,000 units, priced at $2.00 per unit, with each unit consisting of one share of common stock and one warrant to purchase one share of GrowGen stock at $2.75 per share, exercisable for a period of four years from the date of issuance.

Darren Lampert, Co-Founder and Chief Executive Officer of GrowGeneration, said, “Merida’s connectivity to the cannabis space is vast, including relationships and investments with large cultivation facilities as well as strategic and complementary companies. Merida’s professionals have been successfully deploying capital in the cannabis space for nearly six years and their contribution to GrowGeneration will be invaluable as we continue to execute our expansion and growth plan.”

We are excited to work with GVC to continue our support of GrowGen’s strong operating team and bring awareness of GrowGeneration’s incredible growth story to investors, who are beginning to look for real earnings in the cannabis space. 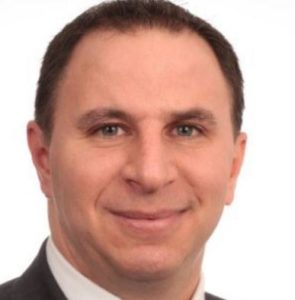 With 2017 guidance of $15 million in full-year revenue, and the launch of upcoming initiatives for additional growth, we believe the company is just starting to hit its stride and deliver value to both early investors like Merida, and newer investors that GVC has brought into the company.

GrowGeneration Corp. (“GrowGen”) owns and operates specialty retail hydroponic and organic gardening stores. Currently, GrowGen has 12 stores, which includes nine locations in Colorado, two locations in California and one location in Nevada. GrowGen carries and sells thousands of products, including organic nutrients and soils, advanced lighting technology and state of the art hydroponic equipment to be used indoors and outdoors by commercial and home growers. Our mission is to own and operate GrowGeneration branded stores in all of the major legalized cannabis states. Management estimates that roughly 1,000 hydroponic stores are in operation in the U.S. According to New Frontier Data, the U.S. cannabis market was $5.7 billion in 2015 and is expected to have reached $7.2 billion at the end of 2016. By 2020 the market is estimated to reach over $23 billion with a compound annual growth rate of 32%.