Darren Lampert, Co-Founder and CEO, said, “This was our 5th consecutive year of record growth for GrowGeneration, with revenues growing over 100% year over year. We continue to focus on expanding our “just in time” supply chain, through new store openings and acquisitions. GrowGen is now EBITDA profitable, starting in Q1 2019. With our corporate foundation now in place, the company is well positioned to continue 100% year over year growth for several more years. GrowGen is now in 8 states, 21 locations, and services some of the country’s largest commercial multi-state cultivation operators. In Q1 2019, the Company acquired three additional stores and opened 2 stores, which will add an additional $14 million in revenue. Our commercial management team closed over $2 million in commercial capital projects in Q1 and we are projecting over $10 million in new capital projects revenue for the year. Our acquisition of HeavyGardens.com is the foundation of our e-commerce strategy and our omni-channel shopping experience, connecting all of our customers to our platform. Our purchase of product trademarks, from the 3rd largest hydroponic distributor, bolsters our ability to supply branded “house” products to our customers. From trellis netting, plastic pots, organic nutrients, GrowGen will now have a complete line of private label products to offer our customers at great prices. This transaction is expected to have a positive impact on margins and profitability in the near term. Further, the formation of GrowGen Canada and GrowGen Hemp Corp demonstrates our commitment to develop other verticals from all emerging markets in our industry.” 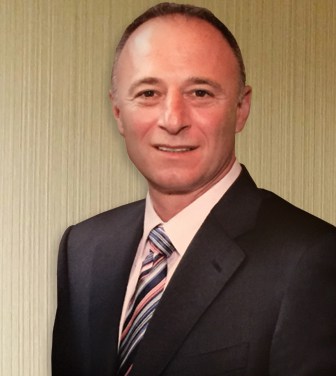 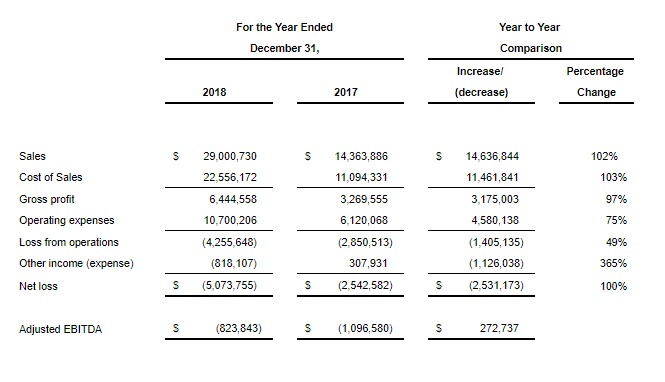 The increase in cost of goods sold was due to the 102% increase in revenues comparing the year ended December 31, 2017 to 2018 primarily due to the increase in the number of stores between 2017 and 2018 as noted in the previous paragraph.

While the Company continues to focus on the 7 markets noted below and the growth opportunities that exist in each market, we also are focusing on new store acquisitions, proprietary products, and developing our online sales with HeavyGardens.com and Amazon sales. 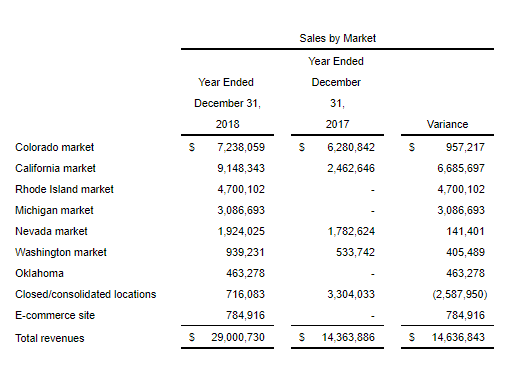 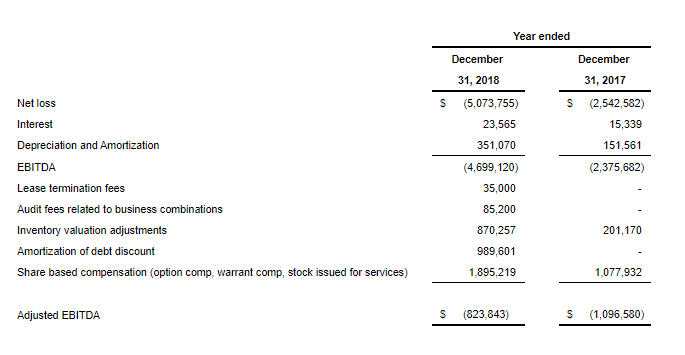 GrowGen owns and operates specialty retail hydroponic and organic gardening stores. Currently, GrowGen has 21 stores, which include 5 locations in Colorado, 6 locations in California, 2 location in Nevada, 1 location in Washington, 3 locations in Michigan, 1 location in Rhode Island, 2 locations in Oklahoma, and 1 location in Maine. GrowGen also operates an online superstore for cultivators, located at HeavyGardens.com. GrowGen carries and sells thousands of products, including organic nutrients and soils, advanced lighting technology and state of the art hydroponic equipment to be used indoors and outdoors by commercial and home growers. Our mission is to own and operate GrowGeneration branded stores in all the major legalized cannabis states in the U.S. and Canada. Management estimates that roughly 1,000 hydroponic stores are in operation in the U.S. By 2020 the market is estimated to reach over $23 billion with a compound annual growth. 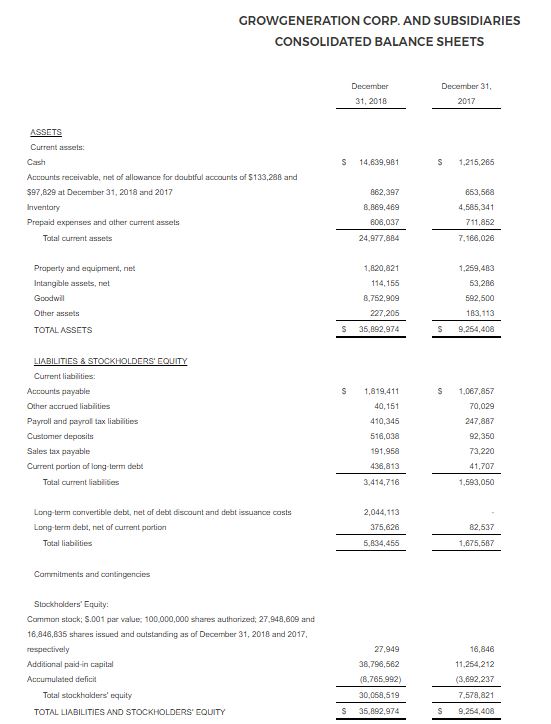 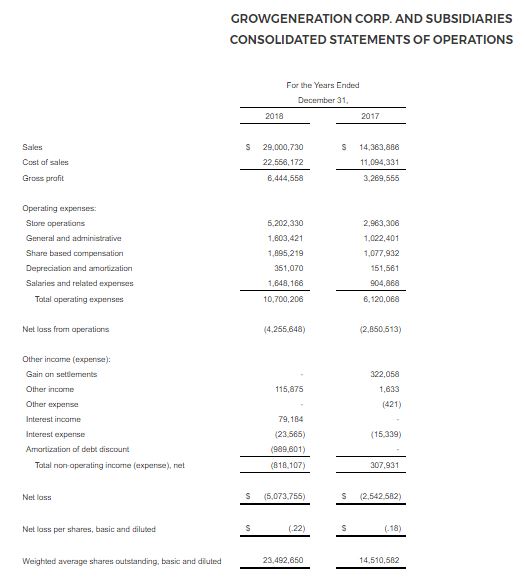 Investors Betting on Cannabis Legalization Are Buying the Wrong Stocks