(1) EBITDA and Adjusted Operating EBITDA are non-GAAP financial measures. Please see the “Supplemental Information (Unaudited) Regarding Non-GAAP Financial Measures” at the end of this press release for a reconciliation of non-GAAP to GAAP measures.

Subsequent to the fourth quarter, GTI activated an executive Response Team to address the challenges presented by COVID-19 and continues to operate its stores and facilities, which have been deemed essential businesses in states that have directed non-essential businesses to close.

2019 was an exceptional year for Green Thumb and we’re proud to be doing what we say we’re going to do. Our strategy to distribute brands at scale while being laser-focused on profitability delivered $216 million in annual revenue, 20 new store openings, positive operating EBITDA and a solid balance sheet to support our growth initiatives in 2020.

We will continue to be guided by our disciplined approach to capital allocation and focus on the bottom line and, of course, the rapidly evolving situation with respect to COVID-19.

“The significant investments we made to scale our key markets during the second half of 2019 set us up to win. In January 2020, we successfully launched adult-use sales in Illinois against the backdrop of challenging demand and supply dynamics,” Kovler continued. “We currently operate six stores that offer adult-use sales in Illinois, two of which are the only adult-use only stores in the state. Illinois is a model for what’s to come in states like Pennsylvania, New Jersey and Connecticut where we also have a strong position and are actively scaling. Also, I’m pleased to report that we began reporting with the SEC as a U.S. domestic issuer effective last month and will prepare our consolidated financial statements under GAAP. This is a positive step that aligns with our business operations and commitment to providing our shareholders with increased transparency and comfort through our reporting. Finally, I’m proud of our team for all of their hard work and look forward to the many opportunities that lie ahead.”

GTI currently has 41 open stores across the nation with licenses to open a total of 96.

The Company’s financial results are prepared in accordance with GAAP. See “Transition from IFRS to U.S. GAAP Accounting” below for more details.

Total revenue for the fourth quarter 2019 was $75.8 million, up 265% from $20.8 million for the fourth quarter 2018 and up 11.5% from $68 million for the third quarter 2019. For the full year 2019, total revenue was $216.4 million, up 246.3% from the prior year. Revenue growth was driven by the expanded distribution of GTI’s branded product portfolio primarily in Illinois and Pennsylvania and new store openings and increased store traffic to GTI’s 39 open and operating retail stores, particularly in Florida, Illinois, and Pennsylvania.

In the fourth quarter 2019, GTI generated revenue from all 12 of its markets: California, Colorado, Connecticut, Florida, Illinois, Maryland, Massachusetts, Nevada, New Jersey, New York, Ohio and Pennsylvania. The Company continued to invest in the build out related to the cultivation and manufacturing capabilities in Illinois, Massachusetts, New Jersey, Ohio, and Pennsylvania.

Gross profit for the fourth quarter was $40.6 million, or 54% of revenue. Gross margin performance was driven by increased operating leverage at its cultivation and manufacturing facilities, incremental contribution from increased volume from retail sales, and increased consumer products sales through GTI’s owned retail stores.

Selling, general and administrative (“SG&A”) expenses for the fourth quarter were $45.6 million, or 60.2% of revenue. SG&A expenses include $12.7 million of non-cash depreciation and amortization expense and $5.0 million in non-cash expenses related to stock-based compensation for the quarter.

Total shares on a fully converted basis and a fully diluted basis including options, warrants and restricted stock units (RSUs) were 215,172,575 at December 31, 2019.

GTI is now registered with the U.S. Securities and Exchange Commission (SEC) and will be reporting in GAAP. GTI’s registration with the SEC to become a U.S. domestic issuer became effective in February 2020. GTI’s domestic issuer status reflects that more than 50% of the Company’s outstanding voting securities are held by residents of the U.S. and the majority of the Company’s directors are U.S. citizens. As a result of the transition, GTI will prepare its consolidated financial statements, including the Company’s December 31, 2019 audited annual consolidated financial statements, in conformity with U.S. GAAP.

Additional information relating to the Company’s fourth quarter and full year 2019 results is available on the Investor Relations section of GTI’s website at https://investors.gtigrows.com, the SEC’s website at www.sec.gov and Canada’s System for Electronic Document Analysis and Retrieval (“SEDAR”) at www.sedar.com.

GTI will host a conference call on Thursday, March 26, 2020 at 5:00 pm ET to discuss its financial results for the fourth quarter and full year ended December 31, 2019. The conference call may be accessed by dialing 877-273-8145 (Toll-Free) or 647-689-5400 (International) with conference ID: 6538599. A live audio webcast of the call will also be available on the Investor Relations section of GTI’s website at https://investors.gtigrows.com and will be archived for replay.

Green Thumb Industries (GTI), a national cannabis consumer packaged goods company and retailer, is dedicated to providing dignified access to cannabis while giving back to the communities in which they serve. GTI manufactures and distributes a portfolio of branded cannabis products including Beboe, Dogwalkers, Dr. Solomon’s, incredibles, Rythm and The Feel Collection. The company also owns and operates rapidly growing national retail cannabis stores called Rise™ and Essence. Headquartered in Chicago, Illinois, GTI has 13 manufacturing facilities, licenses for 96 retail locations and operations across 12 U.S. markets. Established in 2014, GTI employs approximately 1,700 people and serves thousands of patients and customers each year. GTI was named a Best Workplace 2018 by Crain’s Chicago Business and MG Retailer magazine in 2018 and 2019. More information is available at GTIgrows.com. 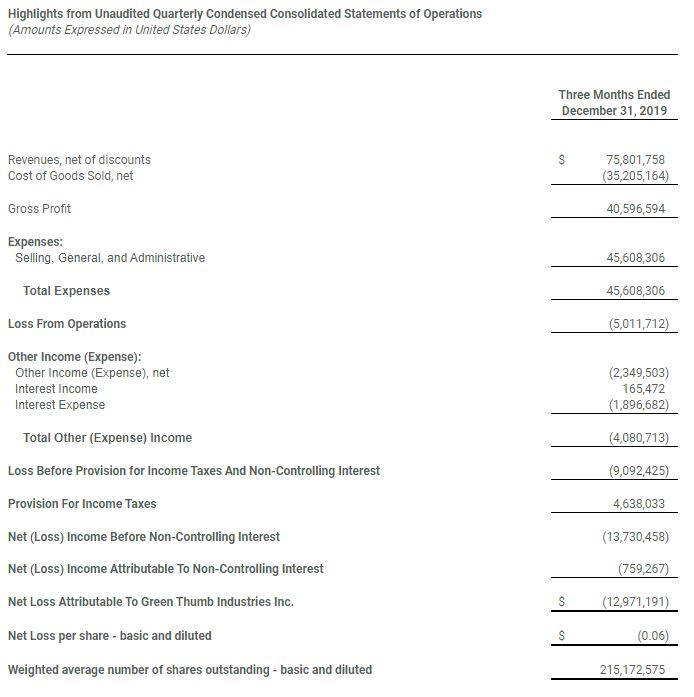 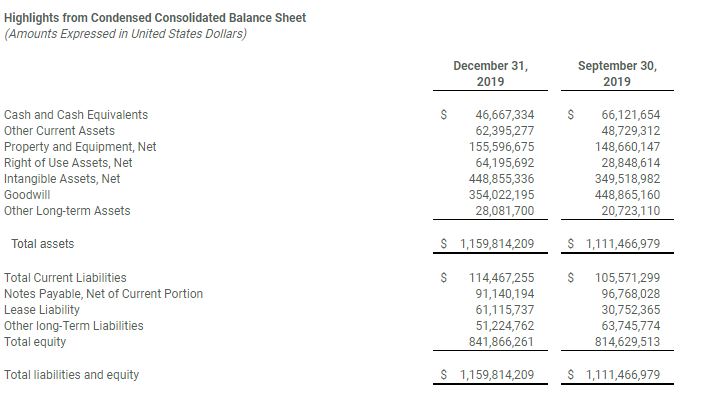 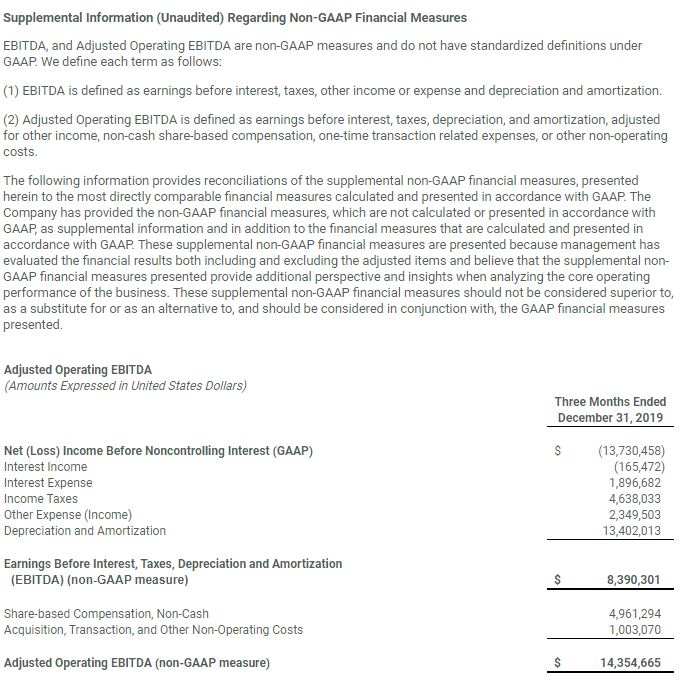