With the completion of two Phase 3 clinical trials that showed its Epidiolex to be safe and effective, global interest in GW Pharma’s (NASDAQ: GWPH) pharmaceutical-grade cannabidiol (CBD) extracted from cannabis continues to increase. The company remains on track to share initial data for the second Lennox-Gastaut syndrome trial by the end of September as well as the second Dravet syndrome trial in 2017 and to submit a New Drug Application (NDA) to the FDA in the first half of 2017. Additionally, the company is enrolling patients in trials for Tuberous Sclerosis Complex and West Syndrome.

In 2015, the government of New South Wales in Australia announced a compassionate access program for Epidiolex and plans for both a Phase 3 and Phase 4 study as well a Phase 2 clinical trial for its cannabidivarin (CBDV) product. The Queensland government disclosed today that it will be funding medicinal cannabis clinical trials, providing $6mm over the next three years to support research of cannabis-based medicines for treatment-resistant epilepsy in children. Additionally, up to 30 Queensland children will have compassionate access to Epidiolex as part of the arrangement.

We have listened to Queensland families who are suffering and we are answering their calls to investigate this form of treatment. This treatment has the potential to change lives. 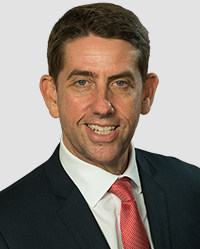 By progressing these trials, we can shed light on what potential benefits this treatment can provide, and what conditions respond favourably and unfavourably. We can’t cure severe treatment-resistant childhood epilepsy, but I want those children and their families to know that we are doing everything we can to ease their suffering.

The government said that recruitment for the clinical trial will begin in November and should begin before year-end. The research will be conducted at Queensland Centre for Children’s Health Research, which is part of Lady Cilento Children’s Hospital.