Pursuant to the terms of the definitive agreement announced on November 29, 2021, Harborside acquired 100% of the equity interests of Urbn Leaf through the issuance of 60,000,000 subordinate voting shares (“SVS”), and the restructuring and assumption of debt (the “UL Acquisition”).

“Today’s milestone gets us one step closer to the creation of StateHouse, a new leader in California’s cannabis sector,” said Matthew Hawkins, Chairman of the board of directors (the “Board”) and previously interim CEO of Harborside. “We are grateful to the entire Urbn Leaf team that worked with us to finalize this transaction, including its seasoned CEO, Ed Schmults, who has been appointed as CEO and a director of Harborside.”

This sets a strong course forward as we navigate a competitive and evolving cannabis market in California. The combined assets of Urbn Leaf and Harborside provide an excellent opportunity for shareholders, and set the stage for the addition of Loudpack. 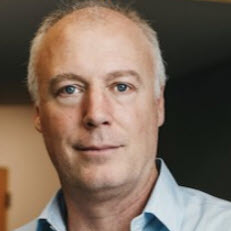 We believe that StateHouse will be one of the largest and most sophisticated cannabis platforms in the state of California with superior retail, brands, processing, manufacturing, distribution and cultivation. This is a resilient platform for growth as a consolidator of California’s cannabis industry and supports enhanced career and business opportunities for everyone in the StateHouse ecosystem.

The appointment of Ed Schmults to the Board fills a vacancy created by the previously announced resignation of Alexander Norman. Mr. Schmults has more than 30 years of experience in global branded consumer products, omnichannel retail, product development, finance, operations, IT, and green and socially responsible businesses. He held CEO roles at FAO Schwarz and Wild Things Gear, and COO roles at Patagonia and Red Envelope, following a position in investment banking at Goldman, Sachs & Company.

Harborside also announced that Will Senn has been appointed Chief Corporate Development Officer of the Company. Mr.Senn, who was named one of the top 100 most influential people in the cannabis industry by High Times, founded Urbn Leaf in 2017 and has been involved in several cannabis ventures over the last 16 years. He also created a number of successful industry trade associations, including the United Medical Marijuana Coalition, Patient Care Association and the Global Alliance for Cannabis Commerce.

For the latest news, activities, and media coverage, please visit the Harborside corporate website at http://www.investharborside.com or connect with us on LinkedIn and Twitter.

Harborside Inc., a vertically integrated enterprise with cannabis licenses covering retail, major brands, distribution, cultivation, nursery and manufacturing, is one of the oldest and most respected cannabis companies in California. Founded in 2006, Harborside was awarded one of the first six medical cannabis licenses granted in the United States. Today, the company operates eleven major dispensaries covering Northern and Southern California and one in Oregon, as well as a manufacturing facility in Oakland, California, distribution facilities in San Jose and Los Angeles, California and an integrated cultivation/production facility in Salinas, California. Harborside is a publicly listed company, trading on the CSE under the ticker symbol “HBOR” and the OTCQX under the ticker symbol “HBORF”. The Company continues to play an instrumental role in making cannabis safe and accessible to a broad and diverse community of California and Oregon consumers.