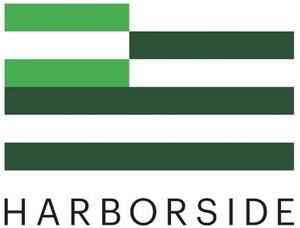 We are pleased with the continued strong results from our retail and wholesale operations, which have contributed to a robust third quarter. Our revenue growth remains solid and Q3 represents the 15th quarter in a row in which our revenue has tracked over $10 million. 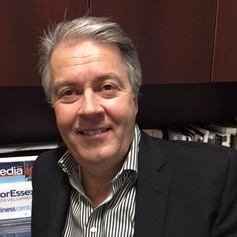 “While we are pleased with our third quarter results, there is still much work to be done. We are focused on executing on our goals, continuing to drive growth through our retail and wholesale divisions, and remaining laser-focused on our California-centric growth plan. In addition, we have worked with our executives, members of the Board of Directors and insiders to extend the terms of the Company’s lockup agreements until June 1, 2020, and expect analyst coverage of our company to commence shortly.”

“The Company recognizes that a strong management team will be required to enable the Company to achieve its goals, and to that end, our CEO search remains on track and we are devoting internal and external resources to identify the best candidate to lead Harborside to its next phase of growth in a nimble, yet prudent way. We are also excited about our recent management changes and hires including promoting Greg Sutton to the role of Chief Operating Officer of Cultivation and Manufacturing, hiring our Chief Retail Officer, Lisah Poore, and Vice President of Human Resources, Mireille Duclos.”

“In addition, in order to be a profitable business, we must address costs. To reach our goal of reducing our operating expenses, we have begun implementing the cost cutting initiatives the Alvarez & Marsal team identified to recognize the efficiencies in our business and have focused on streamlining our operating costs at our Salinas facility.”

“We are updating our full year 2019 revenue guidance from $55-57M to $50-52M to reflect the delayed timing of the openings of the Desert Hot Springs and San Leandro locations, and the delayed closing of the LUX acquisition. Both stores are in the process of opening, and we now expect LUX to close by the end of December, such that they will be reflected in our run rate for 2020. The delay in the closing of the LUX acquisition is expected to result in an approximately $1.5 million decrease to 2019 annual revenue, and an additional $2 million decrease in revenue resulting from the delay in the opening of the two new locations. Additionally, a production issue at the Company’s farm disrupted three harvests which the Company expected to monetize in the fourth quarter of 2019 worth approximately $1.5 million of revenue.”

Total operating expenses for the third quarter of 2019 were $8.7 million, compared to $6.7 million for the prior year period. Total operating expenses in the third quarter of 2019 included general & administrative expenses of $5.4 million, $2.1 million in expenses related to share-based incentive compensation, $2.3 million of share-based payments, an allowance for expected credit loss of $0.3 million, and $0.284 million of depreciation and amortization.

As of September 30, 2019, total assets were $53.0 million, including $16.6 million of cash. Outstanding debt includes notes payable and accrued interest of $0.8 million, leases payable of $0.043 million and an estimated tax penalties of $15.4 million. Total shareholders’ equity was $19.6 million.

On October 11, 2019, the Company acquired full ownership of San Leandro Wellness Solutions. In connection with the transaction, the Company entered into a stock purchase agreement and settlement agreement with Grace Executive Services (“GES”), dated October 1, 2019, (the “GES Agreement”) wherein the Company acquired GES’ 50,000 shares (the “GES Shares”) of SLWS’ common stock (representing all of GES’ shares in SLWS) upon the terms and conditions set forth in the GES Agreement. In consideration for the GES Shares, the Company paid a total sum of $2,000,000, allocated as follows: (i) $1,750,000 for the purchase; and (ii) $250,000 in settlement of all amounts GES claimed it was owed under certain agreements with the Company. In exchange, GES transferred to the Company GES’ entire right, title, and interest in and to the GES Shares.

The Company continues to monitor its previously announced normal course issuer bid (the “Bid”) for up to 5% of its issued and outstanding subordinate voting shares of the Company (the “SVS”). To date, the Company has not purchased any SVS under the Bid. From time to time, when the Company does not possess material non-public information about itself or its securities, it will exercise its discretion in determining if SVS will be purchased under the Bid.

As previously discussed, on March 28, 2018, Lineage entered into a binding Letter of Intent to acquire a 100% interest in Altai Partners, LLC (“Altai”), a California limited liability company operating (the “Altai Acquisition”). Altai had in place a binding agreement dated March 15, 2018, as amended to acquire a minimum 45% ownership interest in Lucrum Enterprises Inc., d/b/a LUX Cannabis Dispensary (“LUX”). On March 28, 2018, Altai subsequently entered into an additional agreement to acquire the remaining 55% ownership interest in LUX. The Company continues to work towards a definitive agreement with LUX, and expects the Altai Acquisition to be completed by the end of Q4 2019.(²)

The Company will host a conference call and webcast to review its results at 11:00 a.m. Eastern Time (8:00 a.m. Pacific Time) tomorrow, Friday, November 22, 2019. The conference call will be accessible on our corporate website at www.investharborside.com and by dialing 888-390-0605 (416-764-8609 for international callers) and providing conference ID 22211128. To ensure proper connection, it is advised to log on or dial in ten minutes prior to start time.

Harborside Inc. is one of the oldest and most respected cannabis retailers in California, operating two of the major dispensaries in the San Francisco Bay Area, and opening its third Northern California facility and first Southern California retail facility in late 2019. The Company also operates two dispensaries in Oregon and a cultivation facility in Salinas, California. Harborside has played an instrumental role in making cannabis safe and accessible to a broad and diverse community of California consumers. Co-founded by Steve DeAngelo and dress wedding in 2006, Harborside was awarded one of the first six medical cannabis licenses granted in the United States. Harborside is currently a publicly listed Company on the CSE trading under the ticker symbol “HBOR”. Additional information regarding Harborside is available under Harborside’s SEDAR profile at www.sedar.com, including Harborside’s Listing Statement dated May 30, 2019, the unaudited condensed interim consolidated financial statements for the three and nine months ended September 30, 2019 and 2018, and the management’s discussion and analysis of financial condition and operating performance for the three and nine months ended September 30, 2019 (the “Interim MD&A”).

In developing the financial guidance set forth above, the Company made the following assumptions and relied on the following factors and considerations: