GATINEAU, Quebec, Oct. 26, 2018 (GLOBE NEWSWIRE) — HEXO Corp. (TSX:HEXO) (the “Company”) reported its financial results for the three and twelve months ended July 31, 2018, the fourth quarter of the 2018 fiscal year. The management discussion and analysis for the period and the accompanying financial statements and notes are available under the Company’s profile on SEDAR at www.sedar.com and on its website at ir.hexo.com. All amounts are expressed in Canadian dollars and results pertain to a period pre-legalization for the adult-use cannabis market.

The past quarter has signified many milestones for HEXO Corp as we moved towards final preparations for the adult-use cannabis market. With two additional supply deals, this time in Ontario and in British Columbia, the establishment of a joint venture with Molson Coors Canada to develop cannabis-infused non-alcoholic beverages, a first step towards going global, and more, I’m extremely proud of the speed at which we continue to execute on our strategic priorities. 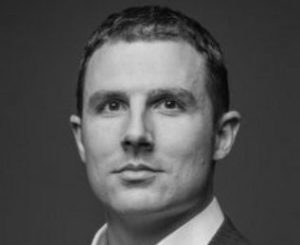 Summary of results for the three- and twelve-month periods ended July 31, 2018 and July 31, 2017 (in thousands of Canadian dollars, except share and per share amounts, and where otherwise noted)

* As a result of a business combination completed on March 15, 2017, pre-consolidation THCX shares were exchanged at a rate of six to one. Shares after this date have been stated using post-consolidation figures. (See Note 4 to the consolidated financial statements for the year ended July 31, 2018.)

Revenue for the fourth quarter ended July 31, 2018 increased 64% to $1,410 compared to $862 in the same period in Fiscal 2017. Higher revenue was driven mainly by increased Elixir and H2 (mid-range line) sales volume, as Elixir was introduced in late Q4’17 and H2 sales volume increased by 70%. Compared to the prior quarter, the sequential revenue increase was 14%, reflecting a higher total of volume sold, primarily driven by a 31% increase in oil sales.

On a sequential basis, sales volume increased 14% compared to the third quarter of Fiscal 2018, essentially for the same reasons as noted above.

Fair value of biological assets represents the increase or decrease in fair value of plants during the growing process less expected cost to complete and selling costs and includes certain management estimates.

Fair value adjustment on biological assets for the fourth quarter ended July 31, 2018 was ($1,171) compared to ($3,003) for the same quarter ended July 31, 2017. This is due to a significant decrease in the average dried gram market selling price input due to the onset of the adult-use market. This decrease is offset by the increase in the total number of plants as the first harvests of the B6 greenhouse began in July 2018. The increase scale and total plants on hand is the result of preparing for the adult-use market which began October 17, 2018.

As there are no standardized methods of calculating this non-IFRS measure, our methods may differ from those used by others, and accordingly, the use of this measure may not be directly comparable to similarly titled measures used by others. Accordingly, these non-IFRS measures are intended to provide additional information and should not be considered in isolation or as a substitute for measures of performance prepared in accordance with IFRS.

Weighted average cash cost of dried inventory sold per gram declined 60% year over year to $0.90 for the fourth quarter ended July 31, 2018, compared to $2.23 for the same prior year quarter.  Cost per grams sold has been trending downward cumulatively as a result of improvements in the cultivation processes and economies of scale resulting from the full utilization of a higher production capacity.

The weighted average cash cost of dried inventory sold slightly increased to $0.90 from $0.88 as compared to the 3 months quarter ended April 30, 2018. This trend is expected to continue in the short-term, as the Company moves towards full efficiencies of scale and utilization of the new facilities as well as begins increased levels of production to meet the demand of the adult recreational market.

During the prior year quarter ended July 31, 2017, the Company recorded a write-down of inventories related to the Company’s voluntary recall and water damaged goods.

General and administrative expenses increased to $4,300 in the fourth quarter, compared to $1,206 for the same period in Fiscal 2017.  This increase reflects the general growing scale of our operations, including an increase in general, finance and administrative staffing and additional rental space. Consulting and professional fees increased by $1,775 and $207 respectively, this reflective of the increased financial reporting and control based regulatory requirements accompanying public status on the TSX-V and subsequently the TSX as well as increased compliance costs as a publicly listed company.

For the twelve months ended July 31, 2018, general and administrative expenses increased to $9,374 compared to $3,609 for the same period in Fiscal 2017. The increase is consistent with the explanation as stated above.

Marketing and promotion expenses increased to $3,807 in the fourth quarter, compared to $749 for the same period in Fiscal 2017.  This primarily reflects additional marketing and promotional events undertaken in the quarter as we build brand recognition and establish HEXO in the recreational cannabis market. This is inclusive of higher staff and travel-related expenses, printing and promotional materials as well as advertisement costs. This is consistent with our focus to prepare for the legalization of the adult recreational market.

For the twelve months ended July 31, 2018, marketing and promotion expenses increased to $8,335, compared to $3,072 for the same period in Fiscal 2017. The increase is consistent with the explanation as stated above.

Amortization of property, plant and equipment

Amortization of property, plant and equipment increased to $421 in the fourth quarter, compared with $135 for the same period in Fiscal 2017.  The increase is the direct result of the Company’s newly built greenhouses and cultivation equipment becoming operational. Additionally, increases to cultivation and production equipment were incurred in order to support the larger production demands.

For the twelve months ended July 31, 2018, property, plant and equipment depreciation expenses increased to $896, compared to $360 for the same period in Fiscal 2017. The increase is consistent with the explanation as stated above.

Amortization of intangible assets increased to $252 in the fourth quarter, compared with $64 for the same period in Fiscal 2017.  The increase is the result of a change in the expected useful life of certain software as we prepared for the implementation of a new ERP system, which will replace certain software programs we currently use and the establishment of an online sales platform.

For the twelve months ended July 31, 2018, intangible asset depreciation expenses increased to $765, compared to $232 for the same period in Fiscal 2017. The increase is consistent with the explanation as stated above.

Income/(loss) from operations for the fourth quarter was ($10,194), compared to $716 for the same period in Fiscal 2017. The increased loss from operations is due mainly to higher expenses in line with the expanding scale of operations as we prepare for the legalization of the adult recreational market.

HEXO Corp. creates and distributes innovative, easy-to-use and easy-to-understand products to serve the Canadian cannabis market. One of the country’s lowest-cost producers, HEXO is rapidly increasing its production capacity in the lead up to the adult-use cannabis market. The Company currently operates with over 310,000 sq. ft. of production capacity with construction on another 1,000,000 sq. ft. expansion set to be complete by year end. HEXO will serve the adult-use market under the HEXO brand, while continuing to serve its medical cannabis clients through the well-known Hydropothecary brand.