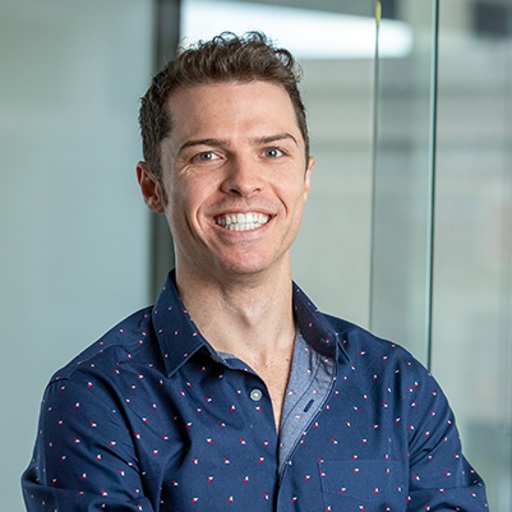 Alpine IQ was initially created to be a data management company, facilitating data across state and provincial lines. Data has remained foundational to Alpine IQ as it has evolved to offer whole suite of tools for cannabis operators. Co-Founder and CEO Nicholas Paschal sat down with New Cannabis Ventures to talk about the Alpine IQ platform, market reach and growing as a profitable company.

Paschal is originally from Colorado. While he worked in traditional blue chip technology spaces, he saw a number of friends working in cannabis. When the idea for Alpine IQ was born, his brother West Paschal was working at Tilray. Their father had a family business in the 1990s, and the two brothers saw the opportunity to continue in his footsteps by working together on a solution for the cannabis industry. Paschal transitioned out of another business and started coding to create the foundation for Alpine IQ.

The Paschal brothers are joined on the Alpine IQ team by co-founder and CTO Shaz Abid. Together, the leadership team has managed to bootstrap the company and create a profitable business.

Alpine IQ makes data clean and actionable for its users. The company’s data management products give customers access to ecommerce, data lake, marketing, analytics tools and more. Customers can also use Alpine IQ for compliance automation. The company’s platform allows retailers to create consumer experiences. Alpine IQ has loyalty programs, omni-channel messaging, web apps and native apps. The company has a couple of different pricing models based on the number of stores or by the number of tracked users or transactions that it ingests through its data funnels, according to Paschal.

The company integrates with most of the cannabis technology stack, including point-of-sale and ecommerce systems. Alpine IQ can also integrate with technology beyond the cannabis space. For example, customers can opt to use a service like Mailchimp for email marketing, and Alpine IQ will track those conversations. The company’s platform services as a nexus for all data, giving Alpine IQ customers a view of their business from a single spot, according to Paschal.

Alpine IQ is also working on a new brand platform, which will help brands to achieve shared objectives with their retail partners. This product will give brands insight into how they are performing in retail outlets and enable them to leverage performance drivers, such as loyalty programs and collectible products. The brand products have been in private beta, and they will be officially launched at the beginning of May, according to Paschal.

In September 2021, Alpine IQ was in approximately 1,000 stores. Today, the company has more than doubled its footprint to 2,100 stores. It works with customers in every U.S. state with a medical or recreational program, as well as all Canadian provinces with a cannabis market.

Alpine IQ started out working with single stores in the Canadian market, but its customer pool has expanded significantly since then. Now, it works with large Canadian companies, such as High Tide and Canna Cabana. Native Roots in Colorado was its first key client in the U.S., and today, it works with six of the top 10 MSOs, according to Paschal.

Initially, Alpine IQ did not have much competition on the data management side of the business. Some companies were building solutions in the marketing sector but nothing that solved operational business challenges with data like Alpine IQ, according to Paschal. As the company grew, it added loyalty to its platform, which meant that companies like springbig were considered competitors.

Now, the Alpine IQ team is beginning to position the company differently. They are starting to look at companies outside of the cannabis space as their main competition. Alpine IQ is looking to compete with blue chip companies like MoEngage, Airship and Snowflake. Federal legalization will further fuel this shift, according to Paschal.

Thus far, Alpine IQ has raised only a small amount of capital, approximately $2.5 million from convertible notes and a seed round. The company is profitable, and Paschal values the control this affords. The company is scaling with its own revenue and has no immediate need for capital.

The team is keeping an eye on acquisition opportunities, but M&A isn’t an immediate goal. Ultimately, the team wants to grow revenue and continue building a healthy business with the possibility of an exit down the road. A partner could take the company to the next level in the cannabis space or possibly into other high-risk industries, according to Paschal. For now, Alpine IQ is focused on growing its staff and benefits and on investing in its products.

At the beginning of 2020, the company started with just Paschal brothers and Abid. By the end of that year, the team was up to five people. At the end of 2021, the team was up to more than 50 people. Today, Alpine IQ is an eight-figure business. The team is aiming to hit north of a $24 million annual run rate by December of this year, according to Paschal.

Alpine IQ refers to CRM records as personas; it has more than 50 million individual personas in its system. The company has a deep pool of data for analytics, advertising and loyalty messaging. On peak days, Alpine IQ handles three to four million messages. The launch of the new company’s new brand products, as well as retail growth, will be key as Alpine IQ works toward meeting its revenue goals by December.

To learn more, visit the Alpine IQ website. Listen to the entire interview: