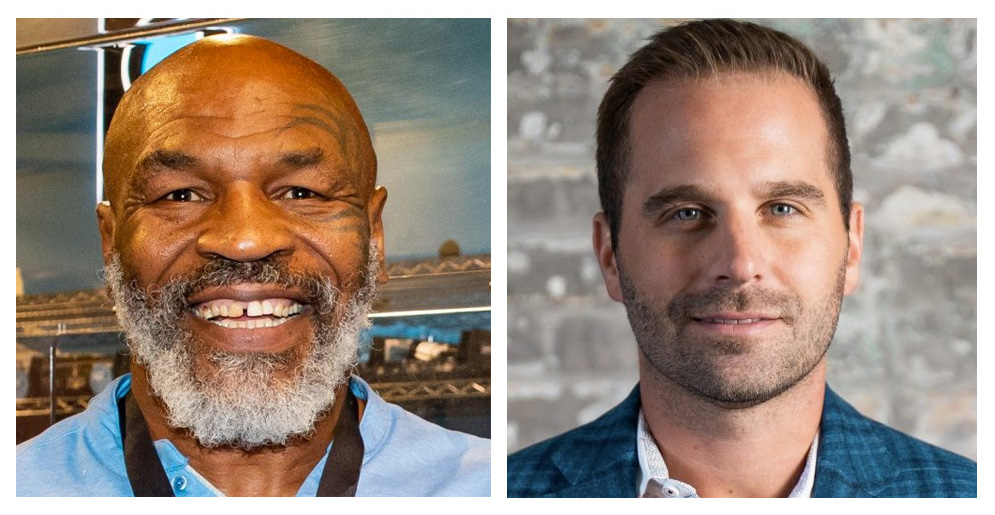 Mike Tyson is putting his weight behind his cannabis brand: Tyson 2.0. The brand has reached 24 states since 2021, driven by industry partnerships and Tyson’s commitment. Tyson 2.0 Co-Founder and President Chad Bronstein and Tyson himself sat down with New Cannabis Ventures to talk about the company’s products, partnerships and ambitious growth plans.

Tyson met Bronstein through his wife, Lakiha Spicer, and his brother-in-law. He got to know Bronstein and Adam Wilks, now the CEO of Tyson 2.0, and launching a company was a no-brainer, according to Tyson.

While some celebrities lend just their name to cannabis brands, Tyson is putting in hard work to promote and grow Tyson 2.0. He is going on tour across the country and spending hours interacting with consumers, according to Bronstein, who also serves as CEO of cannabis technology company Fyllo.

Tyson 2.0’s 24-state footprint reaches from coast to coast in the United States. Both Wilks and Tyson have backgrounds in the California, which help the brand’s presence in that market, but the East Coast and Midwest are the biggest markets for the brand today, according to Bronstein. Like many other players in the cannabis business, Tyson 2.0 is excited about the possibility of moving into the New York Market.

In addition to its U.S. footprint, the brand is gearing up for international expansion. Tyson 2.0 plans to announce a partnership in Canada in the coming weeks, and the team is looking at possible expansion in places like Thailand, Uruguay, Germany and the UK.

The Tyson 2.0 product portfolio has a variety of SKUs, including flower, edibles, vapes and pre-rolls. Tyson highlighted the Toad product, a potent flower SKU inspired by his experience with psychedelics. The brand’s edibles, Mike Bites, are another of the company’s successful products. Tyson 2.0 also collaborates with other companies, G Pen and Futurola among them, to bring products to market.

The brand has grown quickly in part due to the strength of its partnerships. When Tyson and Bronstein first started working together, they shared their vision with Jesse Channon, the Chief Growth Officer with Columbia Care. Tyson 2.0 has entered a total of 16 states through its partnership with the MSO.

Tyson 2.0 has forged relationships with many other leading MSOs. The brand has connected with companies like Verano Holdings, GTI, Cresco Labs, Curaleaf, Windy City and Ascend Wellness.

The company has set out to form a powerful house of brands with Tyson 2.0 as the holding company. Already, Tyson 2.0 has formed a relationship with famed wrestling champion Ric Flair. The brand acquired a majority stake in Ric Flair Drip with the intention of launching a line of Ric Flair-branded cannabis products. The kind of chemistry the team has found with Ric Flair is something they will look for in future partnerships.

This summer, Tyson 2.0 completed a $9 million Series A led by JW Asset Management. Investors like K2, Ambria Capital and Patrick Carroll also participated in the round. The company has also attracted investors like Arcadian Capital and SOL Global, as well as friends and family investors.

Tyson 2.0 is profitable and sitting in a strong position. If the company does go out to raise more capital, Bronstein is confident that the company’s strategic investors would be prepared to offer support. Future fundraising would likely be done if the company finds M&A opportunities.

Adding Talent to the Team

The funds from the brand’s Series A have helped bring more talent to the team. The company recently added Jackie Guarini to the team as Chief Marketing Officer. She comes to the team from Anheuser-Busch. Nicole Cosby, previously with Fyllo, has stepped into the Chief Legal and Licensing Officer role at Tyson 2.0.

Tyson 2.0 is just entering the ring, but it is doing millions of dollars a month in revenue, according to Bronstein. He anticipates that the brand will be able to do $100 million or more in revenue next year. Right now, the company’s biggest problem is keeping enough product on shelves to meet the demand, according to Tyson. He is looking forward to federal legalization to help fuel even more growth for Tyson 2.0.

To learn more, visit the Tyson 2.0 website. Listen to the entire interview: