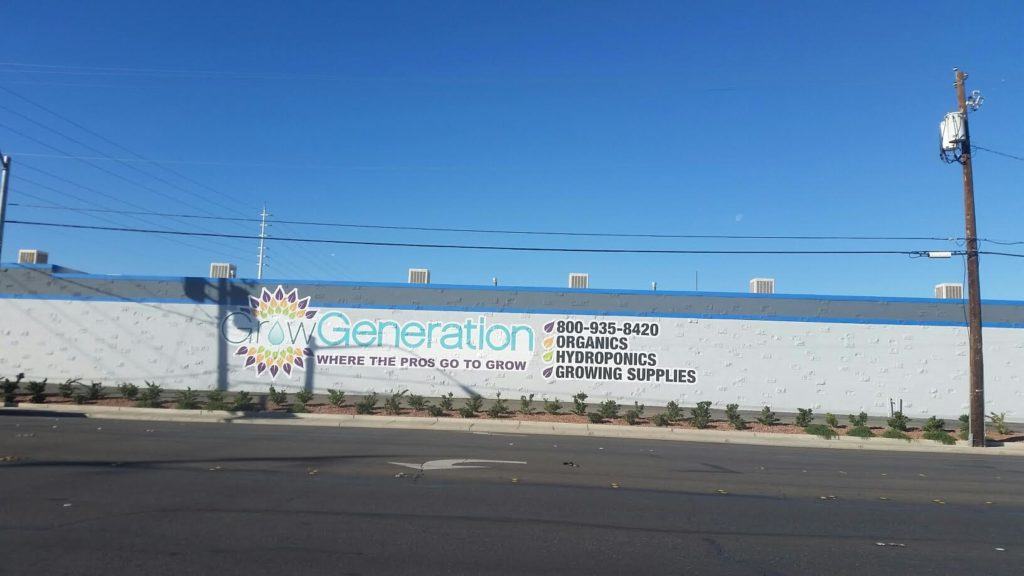 GrowGeneration Corp. (OTC: GRWG), GrowGeneration (“GrowGen” or the “Company”) one of the largest specialty retail hydroponic and organic gardening store chains, selling to both the commercial and home cannabis markets, announced today that its Las Vegas store officially opened its doors on January 17th. GrowGen separately announced that it is one of 11 companies recently added to MJIC’s Marijuana Index.

GrowGen’s 11th store, located at 5885 South Valley View Blvd., Las Vegas, NV 89118, is a 10,000 sq ft store, and will serve a wide range of small, medium and large scale commercial growers. Conveniently located minutes from the Las Vegas strip, we believe GrowGeneration Las Vegas is one of the largest hydroponic stores in the Nevada market.

The addition to the MJIC Marijuana Index is another validation of GrowGeneration’s rapid growth and market position as a leading supplier of equipment and grow supplies to the cannabis and indoor cultivation industry.

With 11 stores and counting, we are excited to open the doors of our Las Vegas store and for the trajectory of GrowGen’s growth to be tracked in the leading index of public cannabis companies. Executing and opening our GrowGen Las Vegas operation, furthers our business plan to aggressively expand our store footprint in all adult use markets.

GrowGeneration Corp. (“GrowGen”) owns and operates specialty retail hydroponic and organic gardening stores. Currently, GrowGen has 11 locations, which includes 9 locations in Colorado, 1 location in California and 1 location in Nevada. GrowGen carries and sells thousands of products, including organic nutrients and soils, advanced lighting technology and state-of-the-art hydroponic equipment to be used indoors and outdoors by commercial and home growers. Our mission is to own and operate GrowGeneration branded stores in all the major legalized cannabis states. Management estimates that roughly 1000 hydroponic stores are in operation in the U.S. According to New Frontier Data, the U.S. cannabis market was $5.7 billion in 2015 and is expected to have reached $7.2 billion at the end of 2016. By 2020 the market is estimated to reach over $23 billion with a compound annual growth rate of 32%.

About The Marijuana Index