TORONTO, ON and NEW YORK, NY — (Marketwired) — 03/02/17 — iAnthus Capital Holdings, Inc. (“iAnthus” or “the Company”), (CSE: IAN) (OTC: ITHUF), a provider of capital investment and management services to licensed cannabis cultivators, processors and dispensaries throughout the United States, is pleased to announce that construction has commenced on a state-of-the-art cannabis cultivation and processing facility in Holliston, Massachusetts for the benefit of Mayflower Medicinals, Inc. (“Mayflower”), a Massachusetts non-profit Registered Marijuana Dispensary (“RMD”) license holder affiliated with the Company.

The 36,000 square foot facility is expected to have an annual production capacity of 8,700 pounds and will cost approximately US$6.0 million, which amount is fully funded. Based on current average sales prices, the production volume can support in excess of US$35 million in annual revenues. The space is located within an existing warehouse building and the initial interior demolition to prepare for tenant improvements and installation of cultivation and processing equipment has been completed. Cultivation is expected to begin during the second quarter of 2017 with first harvest expected in the third quarter of 2017. The facility is within a modular industrial complex, which will present future opportunities for expanding capacity beyond the initial 36,000 square feet.

To date, iAnthus has invested US$3.0 million in support of Mayflower’s operations and an incremental US$7.5 million is expected to be invested to complete the entire build out of the cultivation and processing facility and three dispensaries. The incremental amount of required capital will be funded from iAnthus’ current cash position. It is anticipated that a newly-formed entity that is 79% owned by iAnthus will enter into a definitive agreement with Mayflower to provide financing, real estate and equipment leasing, intellectual property licensing, and certain management services in support of Mayflower’s mission to provide medical marijuana to qualified patients in Massachusetts.

Our investment in support of Mayflower’s mission and operations positions iAnthus to realize significant cash flows once the cultivation facility and dispensaries are fully built out and Mayflower commences sales. We believe Mayflower Medicinals is well positioned in the medical marijuana market, given its strategic locations and the fact that, as of February 28, 2017, only nine Registered Marijuana Dispensaries (RMDs) have been approved by the Commonwealth to dispense medical marijuana. 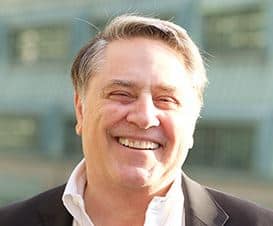 Currently, Mayflower Medicinals holds one of only three RMD registrations issued for dispensaries in Boston, the largest city in Massachusetts. We expect Mayflower to have a first mover advantage and be able to capitalize on the robust growth from the anticipated demand as the market grows into its forecasted US$1.1 billion size.

As announced in September 2016, Mayflower has been provisionally awarded two licenses by the Commonwealth of Massachusetts to operate medical dispensaries, including one in the highly desirable Allston-Brighton neighborhood of Boston. The licenses are vertically integrated and allow for the development and operation of the associated Holliston cultivation and processing facility. The dispensaries are expected to open for business during the fourth quarter of 2017 under the operational direction of Jaime Lewis, a prominent medical marijuana senior manager with over a decade of cannabis cultivation, production, and dispensary operations experience across the United States. Mayflower has a pending application with the Commonwealth of Massachusetts for a third dispensary license. Once fully operational, the Holliston cultivation and processing facility will supply the two dispensaries currently licensed to Mayflower and any future dispensaries licensed to Mayflower, as well as wholesale supply to other dispensaries in Massachusetts.

“We are excited to have broken ground on our cultivation facility and look forward to the start-up of cultivation in the second quarter of 2017 and the subsequent opening of our first two dispensaries, including one in Boston, the largest city in the state,” said John Henderson, CEO of Mayflower.

The number of patients that have purchased medical marijuana in Massachusetts has tripled over the past twelve months, to approximately 18,000 per month. Total active patient certifications roughly doubled in 2016 from approximately 22,000 in December 2015 to approximately 40,000 currently, with 179 physicians registered to certify new patients.

Massachusetts joins Maine as one of only two states on the East Coast where voters have approved adult recreational cannabis sales. According to Arcview Market Research, an industry leader in cannabis research, the Massachusetts legal cannabis market is expected to generate over US$1.1 billion in annual sales by 2020. In addition, the Massachusetts population has experienced rapid growth in recent years, with the state’s population now totaling over 6.7 million people, largely concentrated in urban and exurban municipalities.

“Our investment in Massachusetts highlights our goal of deploying shareholder capital in the most efficient way possible, generating high rates of return while also minimizing downside risk. We look forward to making additional investments that generate similar cash flow and equity-like returns in other U.S. states,” said Julius Kalcevich, CFO of iAnthus.

iAnthus plans to provide further updates to shareholders during the Mayflower construction process.

iAnthus Capital Holdings, Inc., through its 100% owned subsidiary, iAnthus Capital Management, LLC, delivers a comprehensive solution for financing and managing licensed cannabis cultivators, processors and dispensaries throughout the United States. Founded by entrepreneurs with decades of experience in investment banking, corporate finance, law and healthcare services, iAnthus provides a unique combination of capital and hands-on operating and management expertise. The Company harnesses these skills to support a diversified portfolio of cannabis industry investments for our shareholders. For more information, visit www.ianthuscapital.com.

Mayflower Medicinals is a “patient-first” non-profit healthcare organization, dedicated to providing the highest-quality medical cannabis products and services in a safe, secure and professionally managed environment in the Commonwealth of Massachusetts. Mayflower has received two provisional licenses to operate Registered Marijuana Dispensaries in Massachusetts, and has received approvals to operate its cultivation center in Holliston, MA. Mayflower is affiliated with iAnthus Capital Management, LLC and Randy Maslow and John Henderson of iAnthus are members of the Mayflower Board of Directors.