iAnthus Capital Holdings, Inc. Details Accomplishments in 2016 and Progress in 2017

With US$19.1 million Invested in Five Cannabis Operations Since the Beginning of 2016, iAnthus Continues to Grow and Diversify its Investments in 2017

iAnthus Capital Holdings, Inc. (“iAnthus” or “the Company”), (CSE: IAN)(OTCQB: ITHUF), a provider of capital investment and management services to licensed cannabis cultivators, processors and dispensaries throughout the United States, is pleased to release its 2016 audited financial statements and provide a year in review.

2016 was a transformational year for iAnthus as it became the first public company listed in Canada to provide broad investor exposure to licensed United States cannabis operations. The Company currently has five active investments in four states across the United States. We are pleased to provide a recap of accomplishments in 2016 and iAnthus’ year to date progress of 2017.

“The cannabis industry in the U.S. has flourished in the last five years, with twenty-nine (29) states currently having adopted full-strength medical cannabis programs and eight (8) of those states permitting adult-use sales as well. We are also encouraged by the multiple marijuana-related bills that have been introduced in the U.S. Congress, which demonstrate support from legislators on both sides of the aisle to provide a national regulatory framework and favorable business climate for the industry,” said Randy Maslow, President of iAnthus.

iAnthus has built a unique platform and footprint across the U.S. In the short term, we plan to convert several of our loans to majority control equity positions to provide investors additional transparency into the operating results of our investment. We look forward to making additional investments in greenfield states as well as acquiring assets that have strong track-records of revenue growth and cash flow generation. 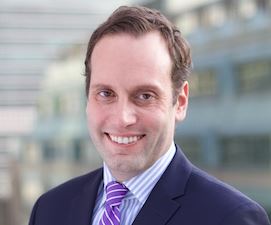 iAnthus Capital Holdings, Inc., through its 100% owned subsidiary, iAnthus Capital Management, LLC, delivers a comprehensive solution for financing and managing licensed cannabis cultivators, processors and dispensaries throughout the United States. Founded by entrepreneurs with decades of experience in investment banking, corporate finance, law and healthcare services, iAnthus provides a unique combination of capital and hands-on operating and management expertise. The Company harnesses these skills to support a diversified portfolio of cannabis industry investments for our shareholders. For more information, visit www.iAnthuscapital.com.