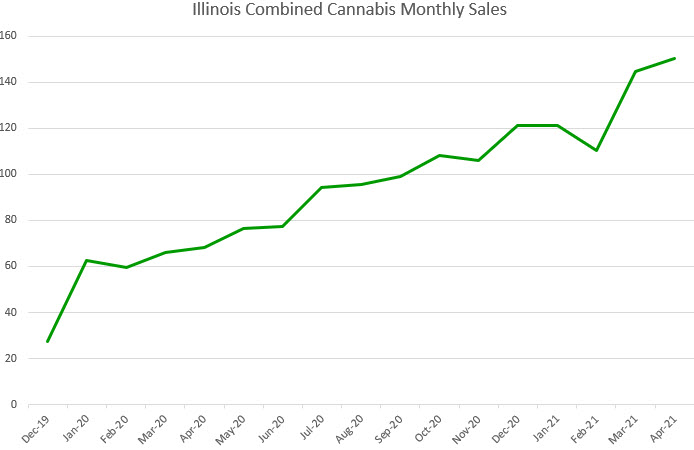 Adult-use sales, according to the state, totaled $115.0 million, up 209% from a year ago and up 5% from March. This was the fastest year-over-year growth to date: 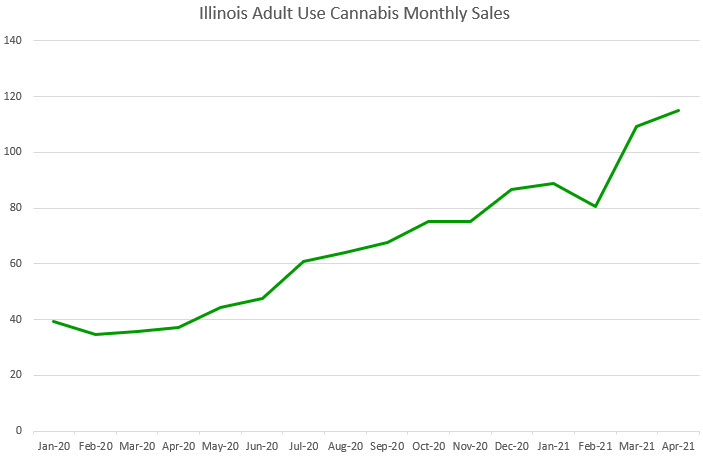 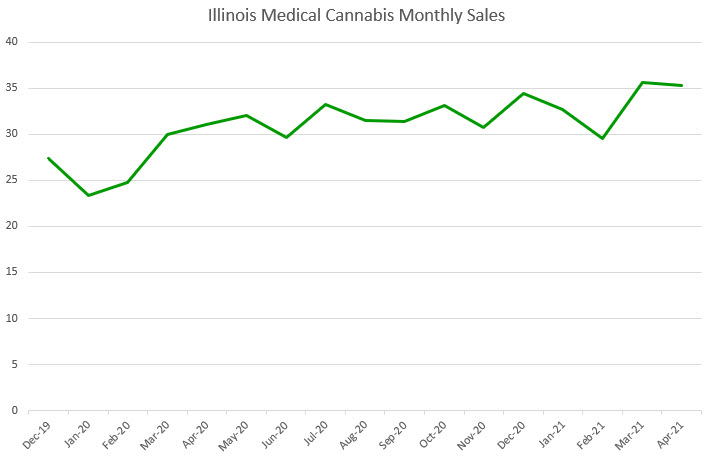 According to the state, dry flower accounted for 47% of total sales to 69, 257 patients, with concentrates/infused-products at 53%. The number of patients making purchases jumped 9% from February during March and fell slightly in April.