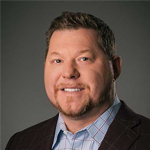 Mark Ainsworth
CEO and Co-Founder
Mark Ainsworth oversees all manufacturing functions, including procurement and distribution. He brings to the company substantial experience in food manufacturing and distribution operations. In 2006, Mr. Ainsworth founded Pastry Smart, the first and only American Humane Certified and Organic bakery and confectionery manufacturer in the United States. Under his direction, Pastry Smart expanded into a 40,000 square foot state-of-the-art, energy-efficient production facility. Mr. Ainsworth has consulted with several Fortune 500 companies, and developed items at Pastry Smart that are still being sold by retailers such as Whole Foods Markets and Costco Wholesale. He has been a member of the American Culinary Federation since 2013.

Bryan Dunmire
Chief Product Officer
Mr. Dunmire was the Senior Vice President of Strategy with the company when it operated under the name Indus Holdings. He helped to oversee the Lowell Farms acquisition, and now, he serves as Chief Product Officer. He has extensive experience in the cannabis industry. Mr. Dunmire has held roles including Chief Development Officer for Geronimo Capital and Director of M&A and Corporate Strategy for Acreage Holdings. He has also held leadership roles with companies like ZX Ventures, an arm of Anhueser-Busch InBev, and American Express.

Brian Shure
Chief Financial Officer
Brian Shure is an Lowell Farms board member and chairman of its audit committee. He is a disciplined financial manager with more than two decades of experience in portfolio management and business operations. Shure will apply his talent in his role at Lowell to continue guiding the company to success. He has previously served as the President of Ambrose Capital Partners and CFO of MedData. Additionally, Shure serves on the board of the Prevent Cancer Foundation. 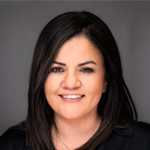 Jenny Montenegro
Chief Operating Officer
Ms. Montenegro previously served as Vice President of Commercialization, where she was responsible for planning and managing the timeline of launch of brand products into the market. This led the company stage gate process for the development of products in edible, topical, and extraction manufacturing of its THC and Hemp-CBD divisions. In addition, she served a critical role in shifting the company’s culture to one that is margin and KPI-driven.

Prior to joining Lowell Farms, Ms. Montenegro served as the Founding Vice President of Consumer Packaged Goods and Operations where she developed a five-year strategic plan focused on establishing priorities and growth. She also aligned objectives and market potential, created annual operating and capital expenditure budgets, led implementation of their online business channel, and developed and executed marketing promotions to drive in house and online sales. In addition, Ms. Montenegro served as a buyer at Costco Wholesale after working her way through the ranks. During her tenure, she was responsible for buying, budgeting sales, and managing inventory, with over $1 Billion in annual sales in 53 Northern California locations. 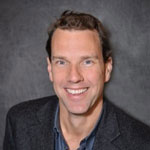 George Allen
Chairman
As an actively engaged Chairman of Lowell Farms, Mr. Allen is a seasoned executive with extensive financing and transaction experience having built multiple companies through a combination of organic and acquisition-driven growth. He has recruited operating teams and shaped strategy in several competitive and dynamic industries. Most recently, George Allen was President of Acreage Holdings, Inc. a cannabis multi-state operator. Mr. Allen joined Acreage’s predecessor company in 2017 and lead the transition from a 5-employee investment vehicle into a vertically integrated company with centralized operations. During his tenure Mr. Allen was responsible for multiple financing rounds, a complex roll-up, dozens of acquisitions, executive recruiting and an initial public offering. Immediately prior, George Allen was Chief Investment Officer of Cambridge Information Group (CIG) a large family office with a focus on digital content. At CIG, George managed a portfolio of private and public direct investments as well as a collection of indirect investments. He also recruited and trained a team to build an internally managed hedge fund focused on global growth equities. From 2011 to 2014 Mr. Allen led an acquisition-driven restructuring of Blucora (NASDAQ: BCOR) into a leading provider of wealth management and tax software. Prior to Blucora, Mr. Allen spent nine years at Warburg Pincus, managing investments in the communication, media and technology sectors, and Goldman Sachs in New York and Hong Kong, where he invested capital in distressed securities. Mr. Allen holds a Bachelor of Science degree in Mechanical Engineering from Yale University.

View Lowell Farms Board of Directors

New Cannabis Ventures in partnership with due diligence platform 420Investor, is the definitive source for fact-based, data-driven, financial information and relevant company news for qualified publicly traded cannabis companies. NCV extracts and parses only the most important content. Information is provided “as is” and solely for informational purposes, not for trading or advice. Lowell Farms Inc., Formerly Known as Indus Holdings, Inc., is a client of NCV Media, LLC. Read our full disclaimer.