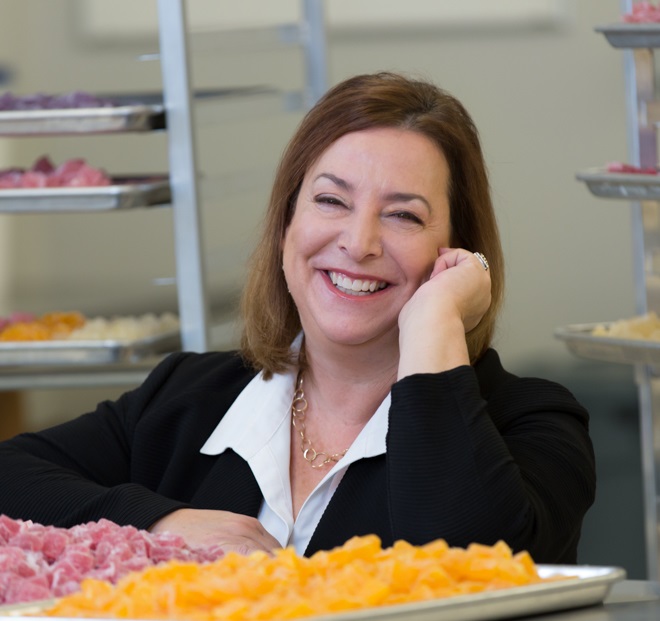 When Wana Brands Co-Founder and CEO Nancy Whiteman spoke with New Cannabis Ventures in 2018, her company had a dominant share in its home state of Colorado and it was expanding to more markets. Now, the company is maintaining that momentum and expects to be in 12 states by early next year. Whiteman checked in with New Cannabis Ventures to discuss Wana Brands’ focus on innovation, growing its footprint and developing its CPG line. The audio of the entire conversation is available at the end of this written summary.

Just five months ago, Joe Hodas joined Wana Brands as Chief Marketing Officer. Hodas is an experienced marketing and cannabis executive. He has previously worked with Dixie Elixirs, General Cannabis and Gofire. Hodas and Whiteman knew one another for years prior, and she was excited to bring him to the Wana team. Hodas started his new role a week before lock-down restrictions rolled out in Colorado, but he has proven to be a valuable member of the team while working remotely, according to Whiteman.

Wana Brands is currently in eight markets: Colorado, California, Oregon, Arizona, Michigan, Ohio, Illinois and Oklahoma. It has plans to grow that number to 12 by the beginning of next year. The company is entering Maryland in the next couple of weeks and planning to launch in Canada next month. It also has plans to enter Missouri and Florida. The timing for the Florida market will depend on when the state releases its final edibles regulation, according to Whiteman.

While its home state of Colorado is crowded and competitive, Wana Brands has managed to grow its market share. BDSA numbers from June indicate that the company had 25 percent of the edibles market in the state, according to Whiteman.

The company is also evaluating additional opportunities for market expansion. The northeast, particularly New Jersey, and New Mexico are of interest. The company is also in talks with potential partners in Massachusetts and Nevada.

Thus far, Wana Brands has had success via organic growth, but Whiteman is open to considering interesting M&A opportunities.

Wana Brands is entering the Canadian market through its partnership with INDIVA. The company takes a careful approach to selecting its partners. As an established brand, it is often approached by other companies interested in licensing agreements, but Whiteman wants to find quality partners.

The company’s team spends time getting to know potential partners, looking for qualities like integrity, commitment and experience running a business. Ultimately, the company wants a partner that will be a good steward of its brand, according to Whiteman.

New products are a significant element of the company’s current strategy. In Colorado, its new quick onset gummies have helped Wana Brands expand its dominant market share. Products in this line of gummies typically have a five to 15-minute onset time. The company spent two years vetting different quick-onset technologies before settling on its current approach. Now, the Wana Quick line accounts for more than 30 percent of its gummy sales. This new product line has been a major growth driver without cannibalizing the existing classic gummy line, according to Whiteman. The company also has plans to release a quick-onset tincture.

Wana Brands’ vape line has also become one of the most popular disposable vape products in the Colorado market.

Growth During the Pandemic

The company experienced significant ups and downs throughout the pandemic. In March, customers were stocking up on the company’s products, which led to a slow April. Sales stabilized in May and then dramatically increased in June and July, according to Whiteman. The company needed to furlough employees in April, but now it has brought those team members back, and it is hiring more to keep up with demand.

In response to the pandemic, the company made a number of operational changes to ensure the safety of its team. It reorganized its shifts, and its production facility is large enough to accommodate social distancing. Additionally, Wana Brands made the decision in March to secure its supply chain through September. The company stocked up on packaging, THC and ingredients in preparation for the unknown. That decision has proved valuable as the company is handling an uptick in sales, according to Whiteman.

While the pandemic has been a challenge, Wana Brands has pushed forward with growth plans. The company launched in Oklahoma in mid-March, and it launched its quick-onset gummies during the pandemic as well. It plans to continue expanding its footprint and product portfolio.

Two years ago, Whiteman spoke about how Wana Brands was able to fund itself through cash flow. To date, the company has still been able to fund itself organically. With interesting opportunities in M&A and aggressive plans for R&D, the company is open to the idea of fundraising. Conversations would likely focus on private equity, as a public market strategy is not a focus right now, according to Whiteman.

Growth of key markets like Colorado, new products and expansion of the national footprint are the three main drivers of revenue for Wana Brands in 2020. While exciting, the company is challenged to keep up with such rapid growth. It is also focused on executing its ambitious R&D plans, maintaining its current quality standards and managing its corporate social responsibility.

To learn more, visit the Wana Brands website. Listen to the entire interview: