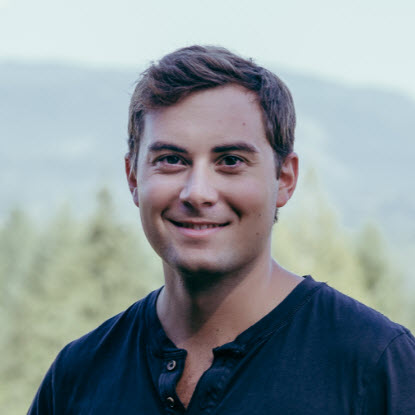 LeafLink, an online B2B cannabis commerce platform that connects more than 600 brands to more than 2,100 retailers, has just expanded to the East Coast and expects even more growth in the near future. Cofounder and CEO Ryan Smith spoke with New Cannabis Ventures about the company’s early days, growth expectations, and recent funding.

Smith comes from the startup world, but LeafLink is his first company in the cannabis space. Previously, he started a company in fintech, another highly regulated and quickly changing space that prepared him for the demands of the cannabis industry. Smith’s cofounder, Zach Silverman, shares his passion for marketplace technology, and they both found that the cannabis space had entrepreneurs hungry for growth and scale, but a lack of tools.

LeafLink was created to be a valuable tool for cannabis companies’ growth strategy. The core function of the platform simplifies the buying process for retailers – compliant with the regulations of each specific state the company is active in –  by allowing them to order all of the brands they need for their shelves in a single cart, rather than texting, calling, and emailing to fulfill multiple orders from different vendors. The company also serves selling companies by offering tools like an order management system, CRM inventory tracking, and data reporting. 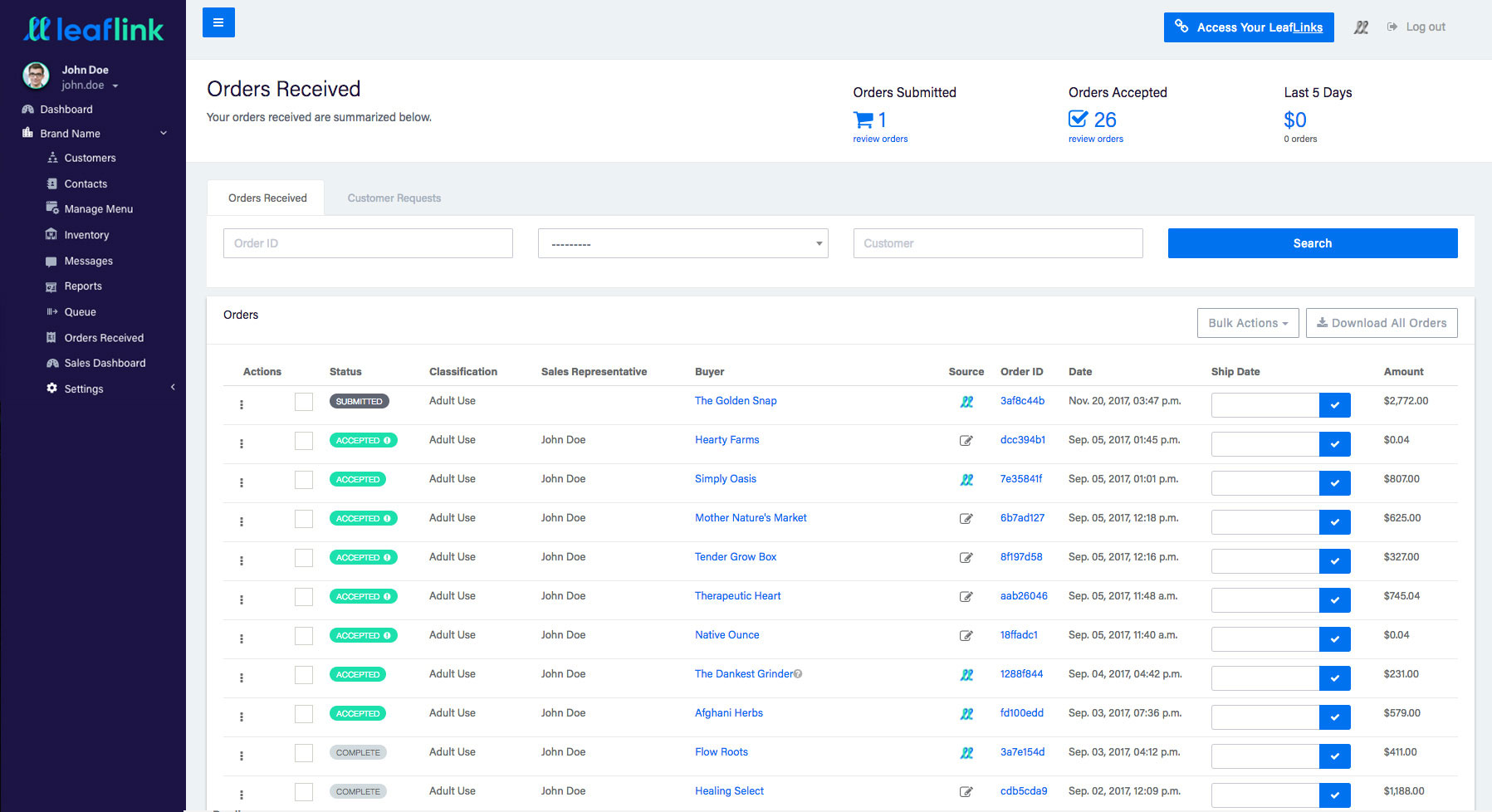 When it comes to partnering with brands, the company has a careful vetting process. All companies that use the platform are licensed and operating in a compliant manner. Beyond that, LeafLink looks at market penetration, seeking to work with brands looking to scale their businesses.

With so many brands and retailers interacting in one space, LeafLink has created an active and engaged community. In response to feedback from that community, the company is building out additional platform features. For example, the company now offers a space for advertising, which can be tricky due to the fragmented regulatory environment. LeafLink users can advertise new product lines and multi-state expansion in a compliant marketplace. Additionally, the company just launched a service marketplace for entities that are not licensed in the current regulatory structure. Law firms, consulting groups, lab testing services, and other unlicensed entities can offer their professional services to the LeafLink community through this new marketplace feature.

As LeafLink builds out its service offerings, the company is also focused on expanding its geographic presence. Right now, the company is active in seven states: Arizona, California, Colorado, Maryland, Nevada, Oregon, and Washington. It has signed agreements to be active in 10 states within the next few months, and expects to be active in 15 states by the end of the year. Maryland is the company’s first East Coast state, and Smith foresees that area, along with the Midwest, as the focus for future growth. States of interest include Pennsylvania, Massachusetts, Michigan and possibly New Jersey and New York.

LeafLink is headquartered in two cities: New York and Los Angeles. The team, which has reached almost 40 strong, is split between the two offices with engineering and marketing in New York and sales in Los Angeles. The bicoastal locations position the company to build a network where brands are and where brands are going to be, according to Smith.

LeafLink has also raised capital in both the New York and Los Angeles markets. In April of last year, the company closed a $3 million seed round led by Lerer Hippeau and with participation from Casa Verde Capital. In November 2017, the company completed its $10 million Series A, which was led by Nosara Capital and included participation from Casa Verde and Lerer Hippeau. The funding is supporting the company’s geographic expansion and the building out of its platform. Right now, the company is not seeking additional capital, but that could change as the market does, according to Smith.

The company may be open to expanding beyond its core value proposition through partnerships and acquisitions over time, but right now LeafLink’s B2B marketplace is its focus, according to Smith. Growing that marketplace remains the company’s primary goal, and Smith is aiming to reaching half a billion dollars in transactional value through the marketplace by the end of the year.

Tech Funds Double Down on This Cannabis Technology Company