Following a sharp bounce in December from November, cannabis sales plunged in January across markets covered by cannabis data analytics firm BDSA. Looking at a per-day basis, all of these markets advanced in February, while in March they remained flat. Compared to a year ago, sales were down in 6 markets, with ongoing pressure from declining flower sales. In this review, we will look at the markets one-by-one, beginning with the more mature western markets and then concluding with the newer eastern markets. In total, sales across the 11 markets totaled $1.49 billion during the month.

BDSA provides coverage for the relatively mature markets of Arizona, California, Colorado, Nevada and Oregon. In March, year-over-year growth ranged from -28.8% in Nevada to 50.3% in Arizona compared to a year ago. 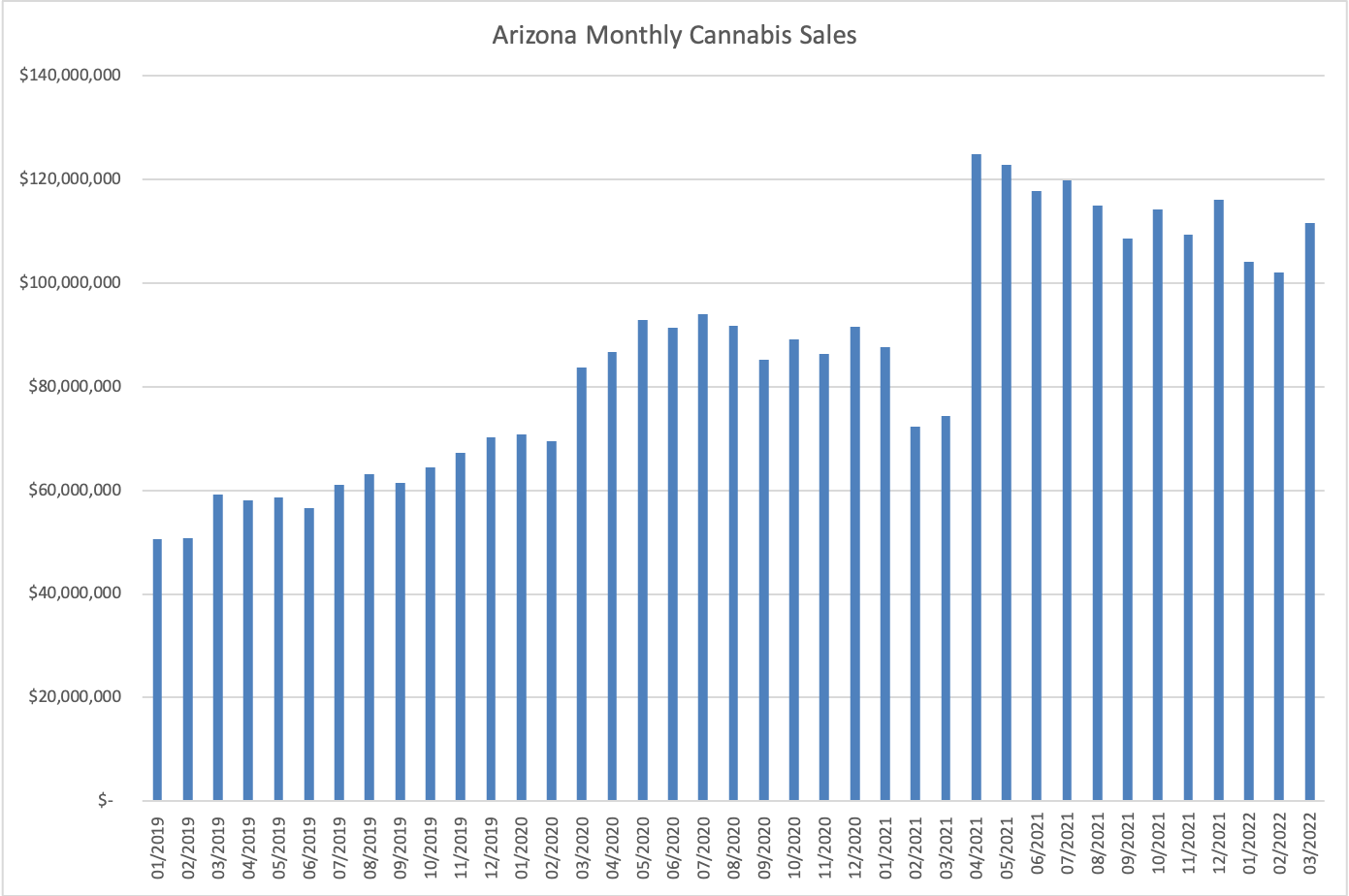 California sales increased 9.5% sequentially to $282.8 million and dropped 18.9% compared to a year ago. Flower sales continue to drag down overall sales, declining 28%, with pre-rolls gaining 2%. Ingestibles fell 14%, while concentrates dropped 17% from a year ago during March. 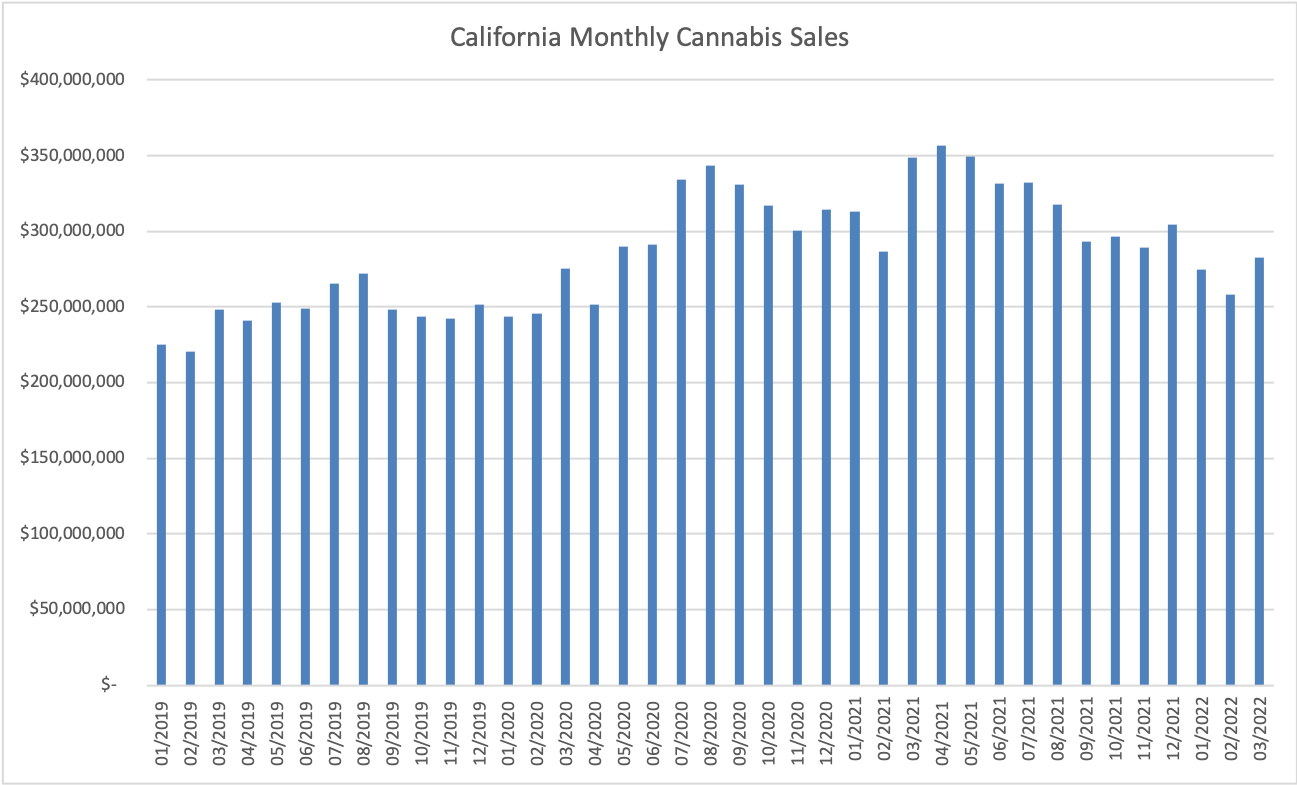 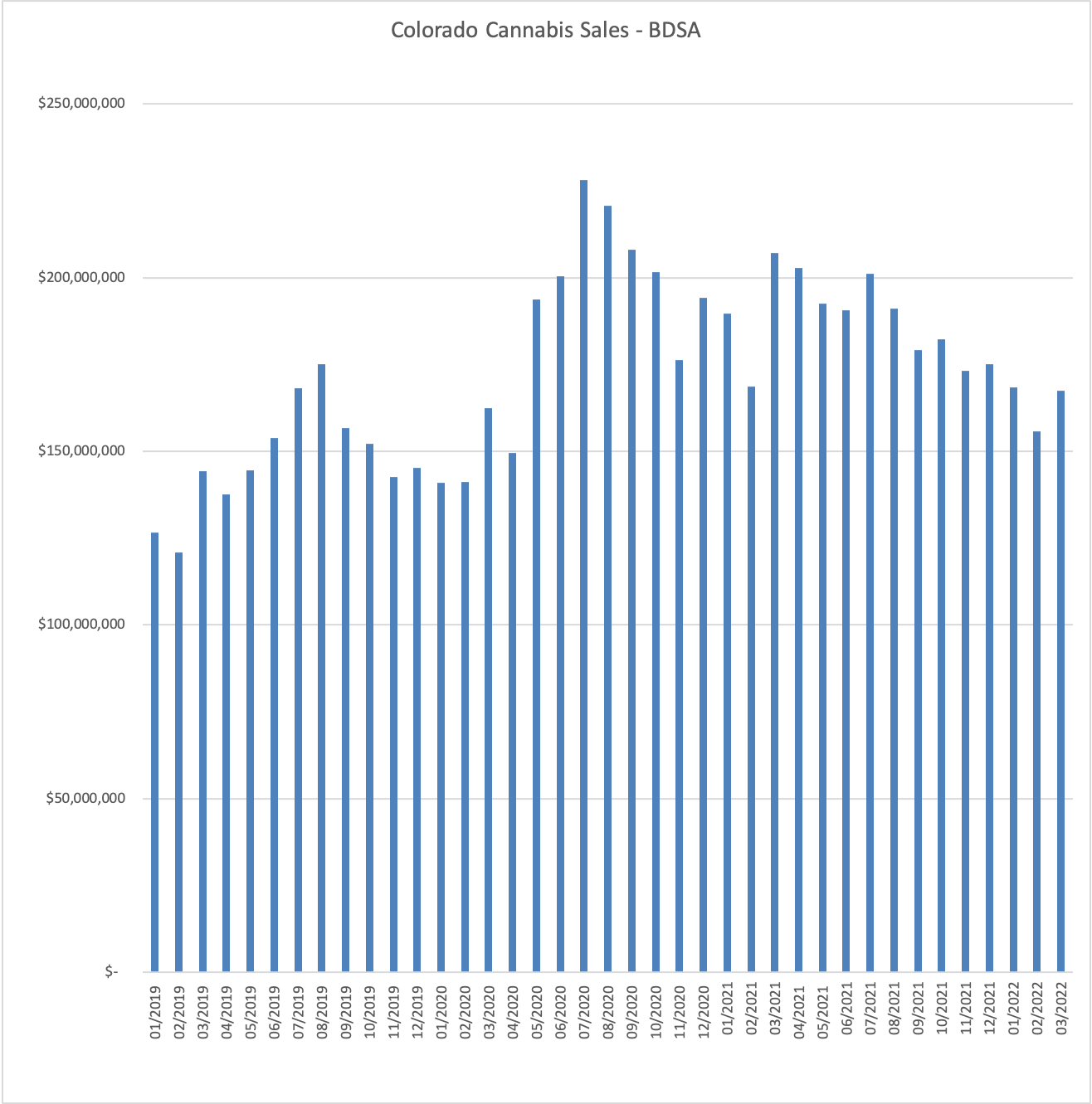 Similar to other markets, flower sales are the main driver of the decline, with March sales down 37% from a year ago. Concentrates decreased 16%, while ingestibles fell 28% and pre-rolls declined 17%. 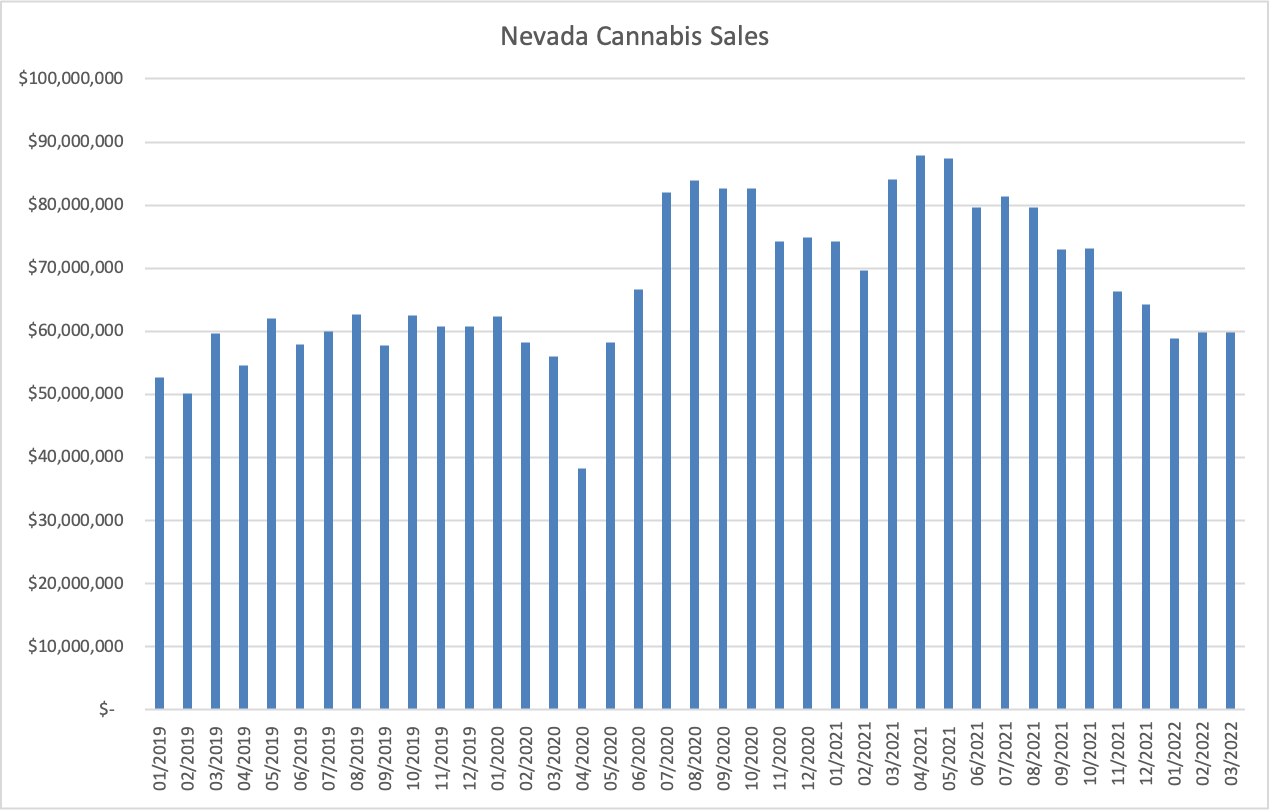 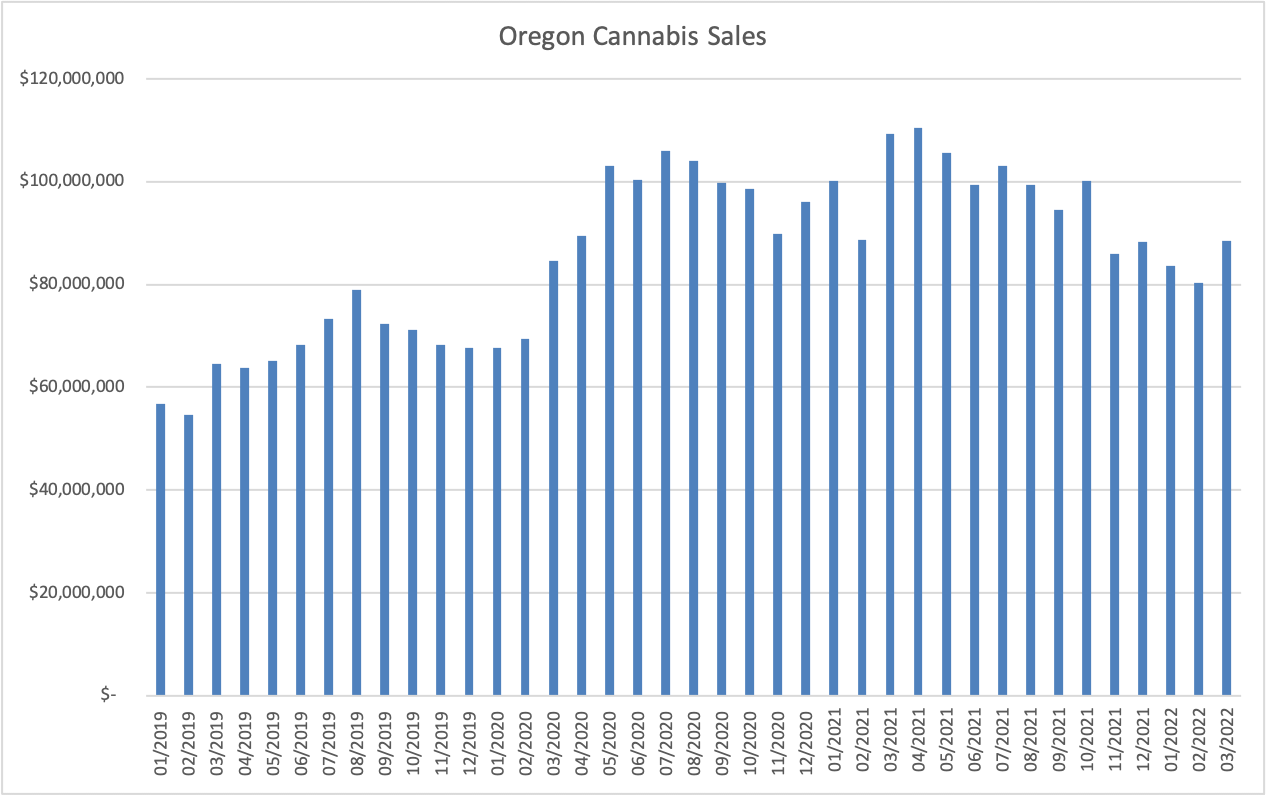 BDSA provides coverage for the relatively new markets of Florida, Illinois, Maryland, Massachusetts, Michigan and Pennsylvania. In March, year-over-year growth ranged from -6.4% in Maryland to 19.9% in Florida. Note that Florida, Maryland and Pennsylvania are medical-only markets.

Florida sales have been relatively steady over the past year. In March, they rose 10.3% from February to $177.2 million, up 19.9% from a year ago. Flower sales grew 4%, as pre-rolls declined 16%. Concentrates increased 34%. Ingestibles, a relatively new category for the state, grew 73% and represented 11.7% of overall sales.

We previously published data released by the state regarding the 12.5% growth in sales in March, which represented a 14.6% increase from February. BDSA estimated sales of $162.7 million, up 14.4% sequentially and up 12.3% from a year ago. Flower sales grew 12%. Pre-rolls expanded 32%, while concentrates grew 12%. Ingestibles gained 6%. 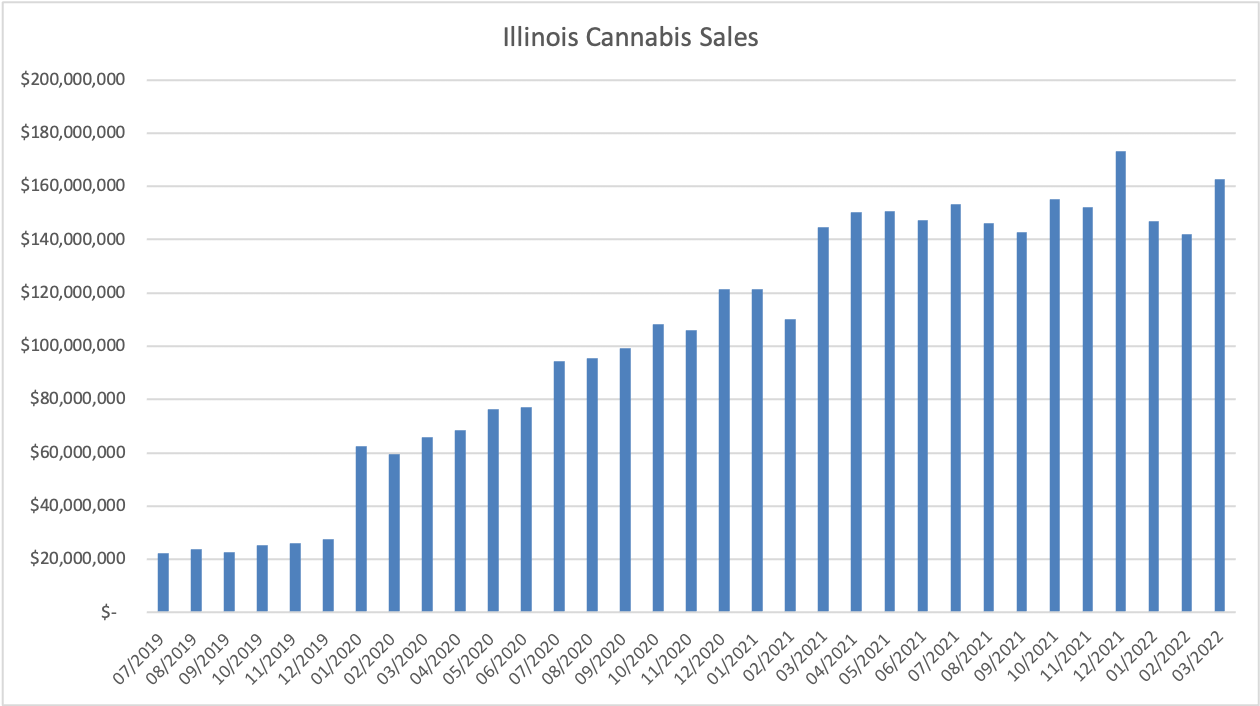 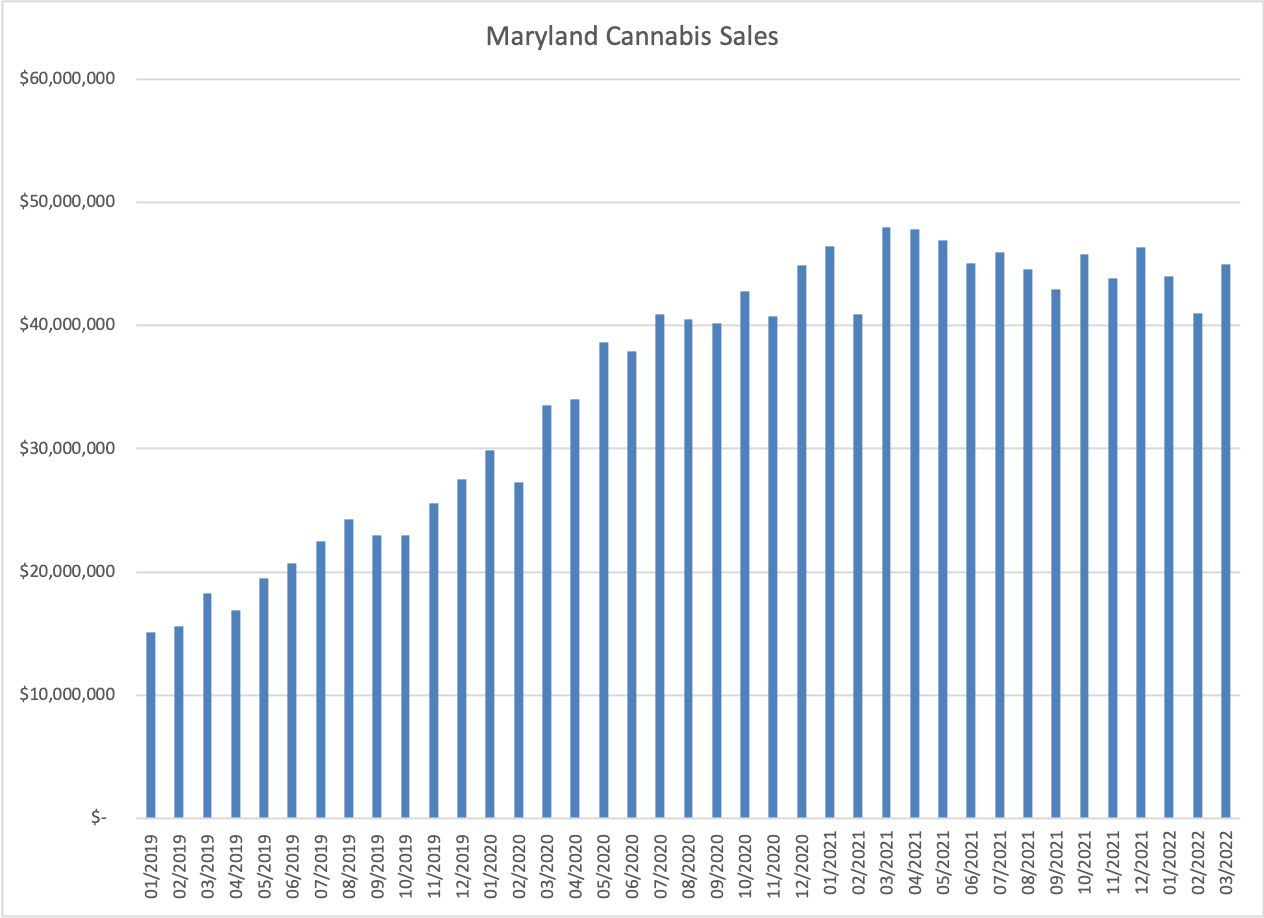 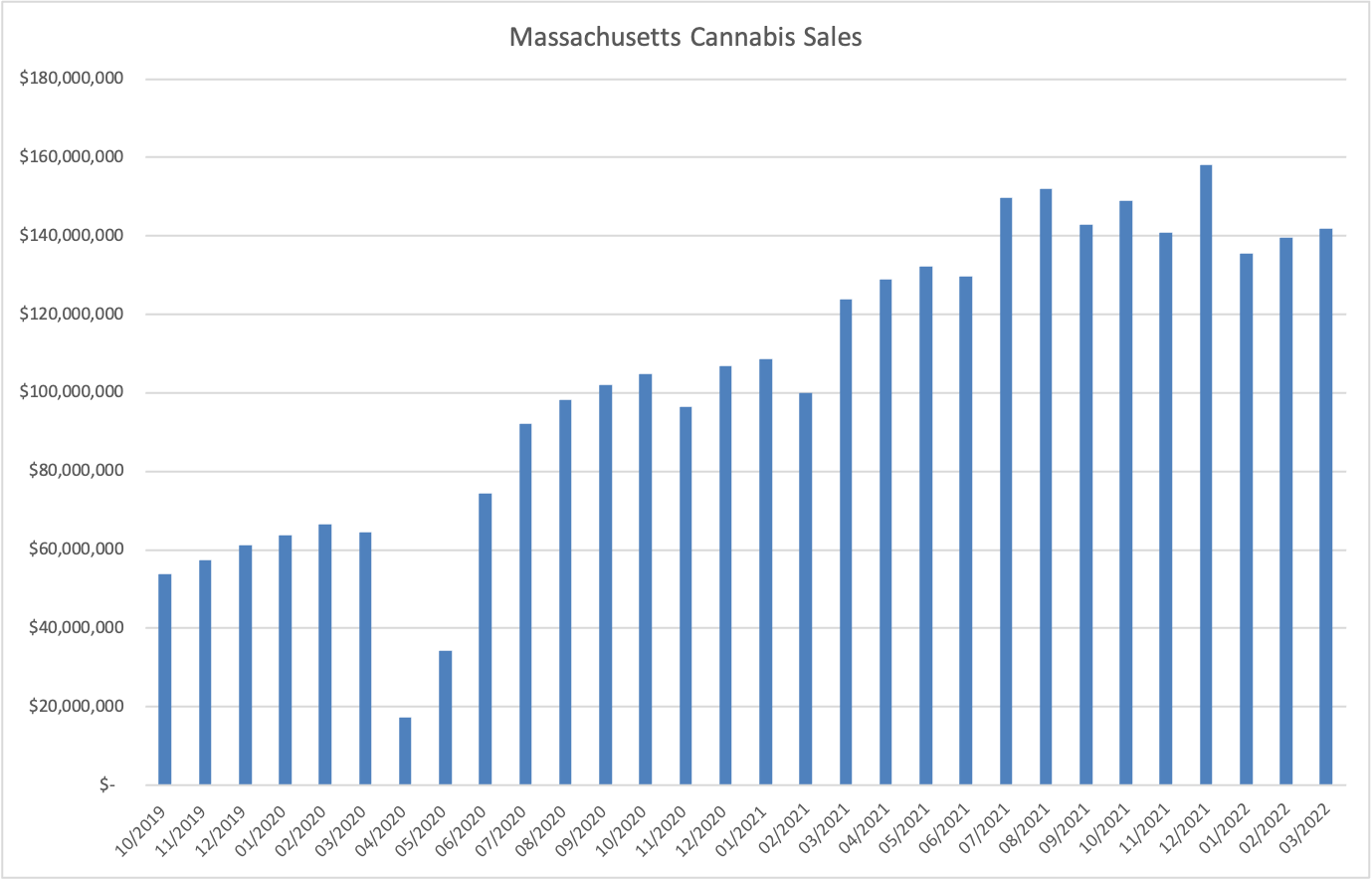 We had previously written about data released by the state indicating that Michigan cannabis sales increased 5.1% in March, which represented a 1% decrease from February. BDSA estimated sales of $153.7 million, down 0.4% sequentially and up 3.5% from a year ago, a slowdown from the 44.4% reported in February. Flower sales grew 5%, while concentrates expanded 12%. Pre-rolls increased 1%, and ingestibles declined 10%. 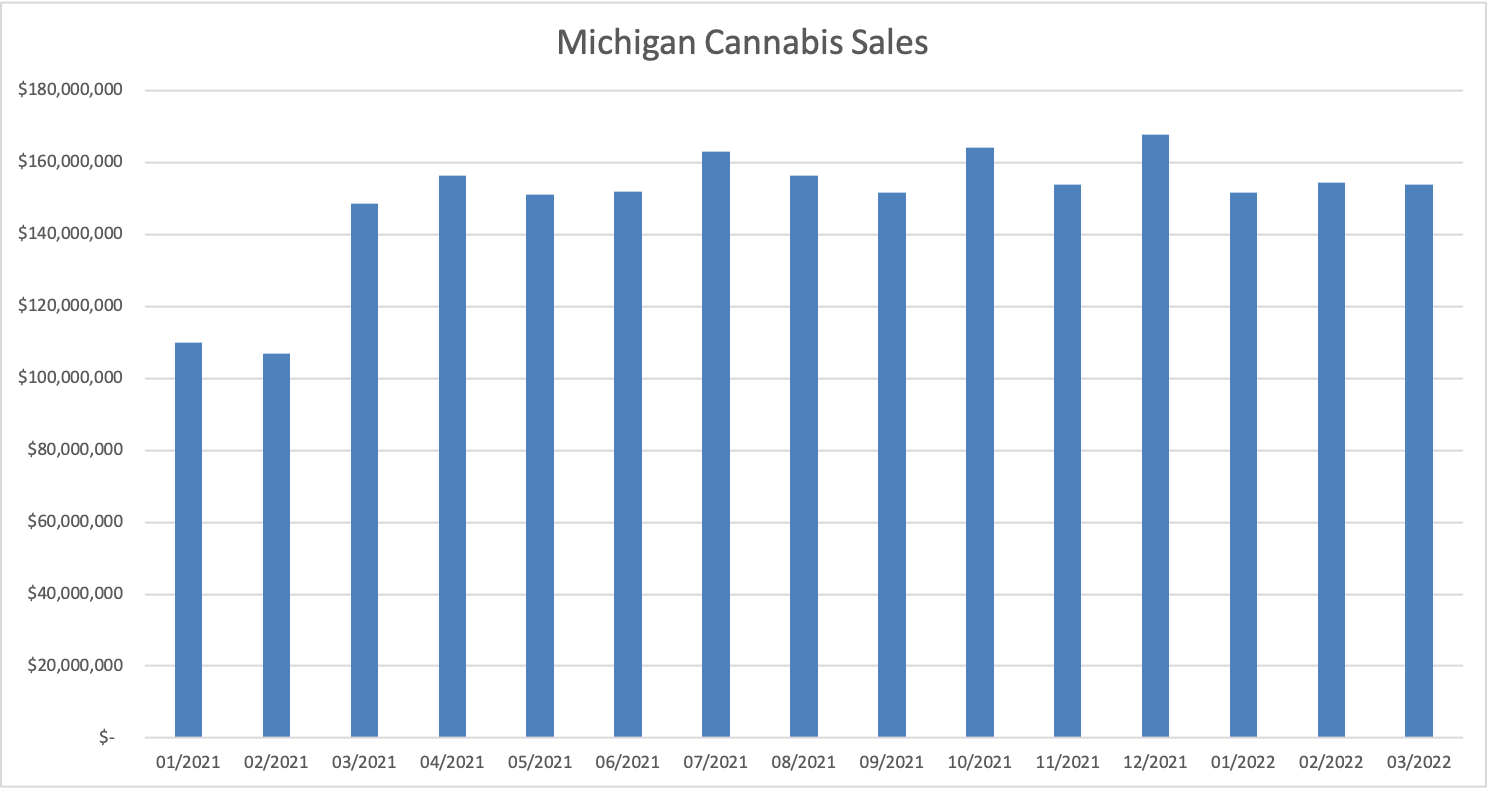 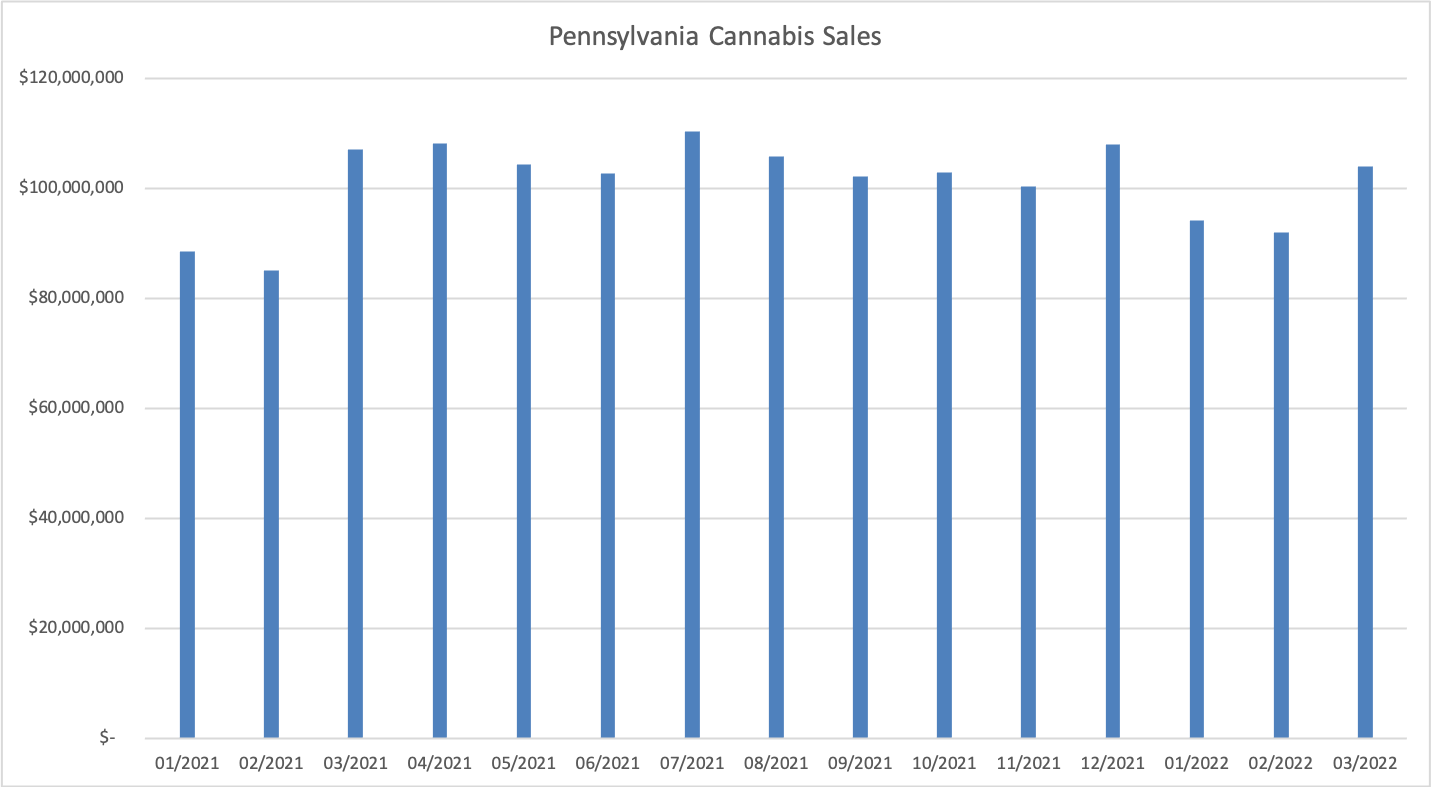