During April, Michigan cannabis sales increased 149% from a year ago to $153.8 million, a 5% increase from March, which had 1 more day, reaching a new all-time high: 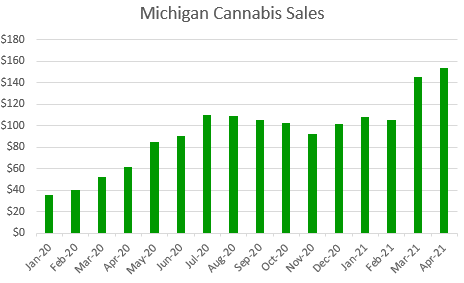 The Michigan Marijuana Regulatory Agency breaks out sales by medical and adult-use, with medical sales improving 43% from a year ago to $48.4 million and adult-use sales soaring 278% to $105.2 million: 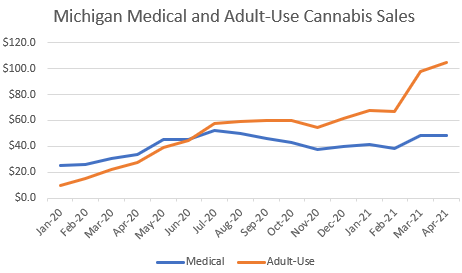 In the larger and more rapidly growing adult-use market, flower and trim sales represented 58% of the market, unchanged from March and up from 56% in the prior two months.

As supply continues to expand, flower pricing for adult-use has seen a dramatic decline. In April, the average price of $3936 per pound fell 4% from March and 41% from a year ago: 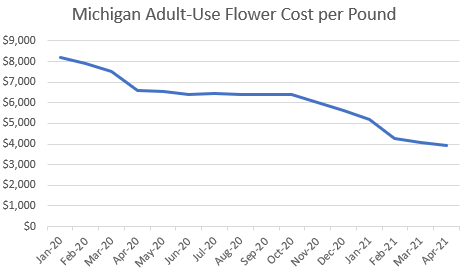 Michigan generated $985 million in cannabis sales in 2020, and the program should continue to expand this year as supply becomes more available and as distribution expands. So far in 2021, year-to-date combined sales are up 171% to $513.1 million.

Michigan June Cannabis Sales Increase 26% From a Year Ago