After a weak November, cannabis sales increased sharply in Michigan during December, according to the Michigan Marijuana Regulatory Agency. The state breaks out medical and adult-use, which, combined, totaled $101 million, a sharp rebound from November but below the sales levels during the summer. 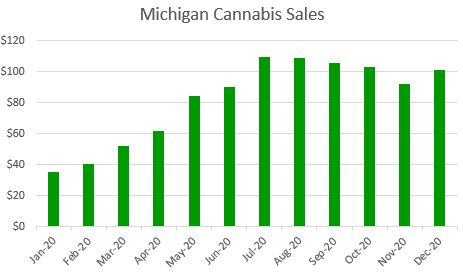 For the full year, combined cannabis sales were $984.6 million, with medical accounting for $474 million and adult-use generating $510.7 million: 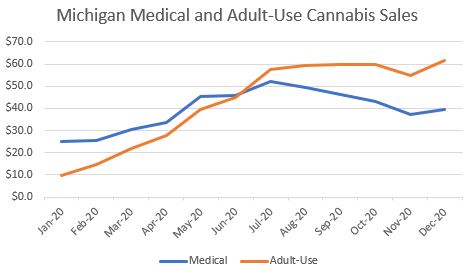 During December, adult-use set a record of $61.6 million, rising 12.7%, while medical grew 6.2% over November but remained significantly lower than prior months. Compared to a year ago, medical sales rose 59% to $39.6 million.

The adult-use market had flower and trim sales that represented 55% of the market. Concentrates and vape combined for 25%, while edibles were 19% of the market.

One interesting dynamic during the state’s first year of adult-use sales has been the decline in the price of flower, which fell steadily through the year and was at $5614 per pound in December: 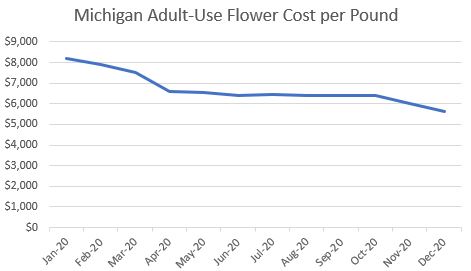 While Michigan’s combined program’s sales fell just short of Illinois, which exceeded $1.03 billion, the state’s regulated program is much newer, launching in late 2019. Both states should experience robust growth in 2021 as production capacity increases.