Michigan cannabis sales gained 0.5% compared to May despite having one less day and increased 26% year-over-year to $187.4 million in June: 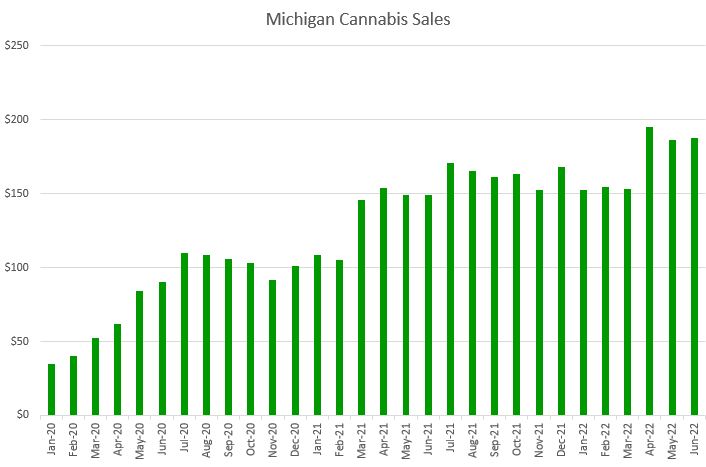 The Michigan Marijuana Regulatory Agency breaks out sales by medical and adult-use, with medical sales falling 48.4% from a year ago to $21.5 million, down 7.6% sequentially, and adult-use sales expanding 54.5% year-over-year to $165.9 million, up 1.7% sequentially: 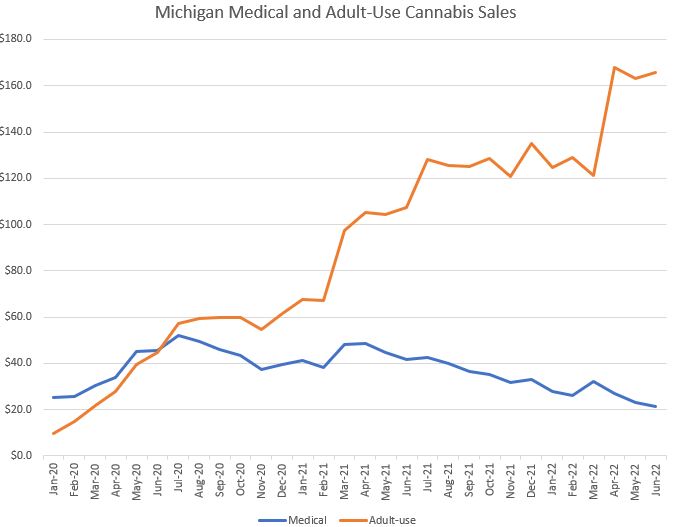 As supply continues to expand, flower pricing for adult-use has seen a dramatic decline. In June, the average price of $1959 per pound declined 6.3% sequentially and 41.6% from a year ago: 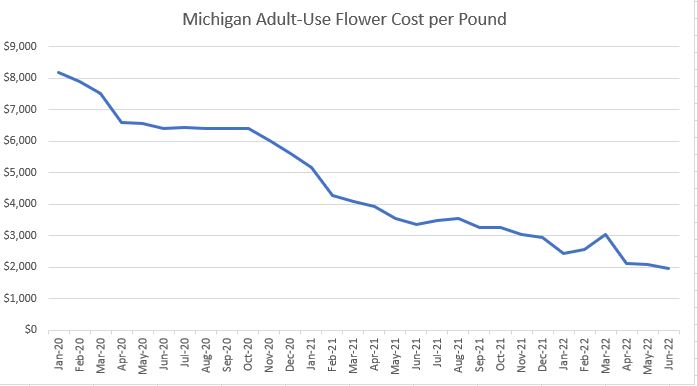 Michigan cannabis sales expanded 82% in 2021 to $1.79 billion and are up 26.9% thus far in 2022 at $1.03 billion for the first half. The program should continue to expand ahead as supply becomes more available and as distribution expands.