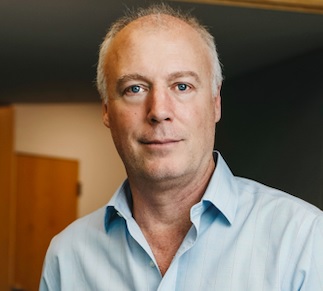 Last year, cannabis MSO Calyx Peak was operating and leveraging its brand approach in California, Nevada and Ohio. Now, the company has shifted its market focus to California, Nevada, Massachusetts and Missouri. CEO Ed Schmults spoke with New Cannabis Ventures about streamlining the company’s operations and its organic growth plans. The audio of the entire conversation is available at the end of this written summary.

The Calyx Peak team has been reduced in size and streamlined since Schmults last spoke with New Cannabis Ventures. The company has honed in on efficiency, assessing which personnel and skill sets are essential. Now, the company has an employee count in the high 40s, and it is further bolstering its technology assets to maintain and enhance efficiency.

Calyx Peak has operations in California and Nevada. In California, the company has its Local and Josh D brands in 80 stores across the southern part of the state and grows out of its greenhouse in Carpinteria.

While the commoditization of cannabis is a significant topic of conversation in the space, Schmults does not see it as a commodity. Rather, cultivation is one of the company’s main priorities. It is difficult to consistently grow cannabis well, but it is important in order to develop a lasting relationship with consumers and retailers, according to Schmults. With such a commitment to quality, the company took home several top prizes from the 2019 Emerald Cup. 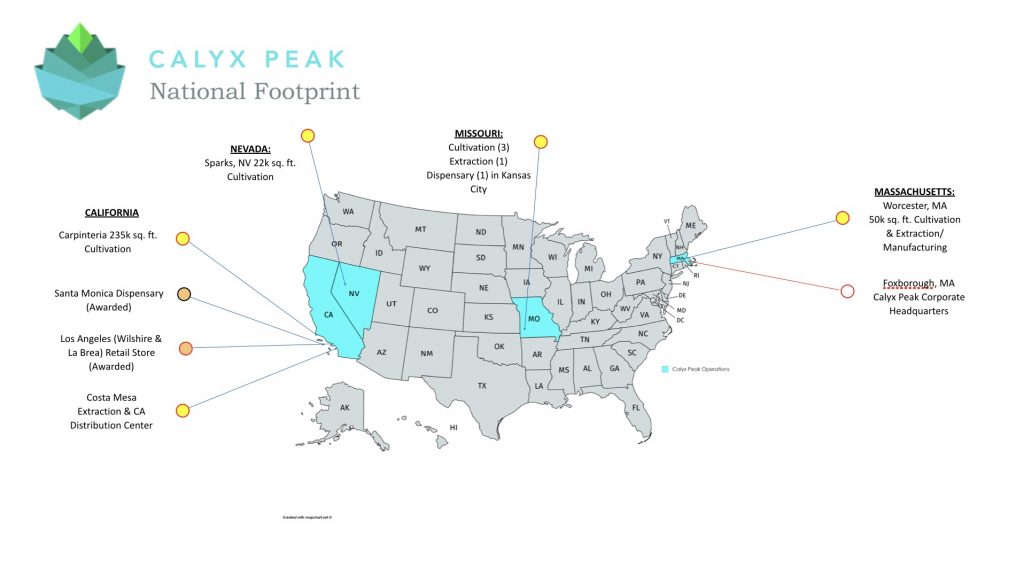 The Nevada market has proven to be a challenge during the COVID-19 pandemic, according to Schmults. The market, particularly in the southern part of the state, is fueled primarily by the tourism industry, which has taken a major hit during the pandemic. He expects the market to bounce back when tourists are able to safely return.

Last year, Calyx Peak had operations in Ohio. As the company was looking at ways to streamline, it decided to sell and monetize an asset that was performing well. Its Ohio operations fit the bill. Calyx Peak was working with a minority partner who was eager to buy out their majority position. Now, the company Klutch Cannabis is operating on its own in the Ohio market.

Calyx Peak has turned its eye to new markets: Massachusetts and Missouri. At the end of July, the company was awarded a provisional permit for a 50,000-square-foot cultivation and extraction facility in Worcester, Massachusetts. Now, the company is working with towns north of Boston to strike host community agreements for two retail stores. After making those agreements, the company will apply for its state permits.

In Missouri, Calyx Peak has been awarded five licenses: three for cultivation, one for manufacturing/extraction and one for retail in Kansas City. The company is about a year away from monetizing its assets in these two states, according to Schmults.

With the opportunities in Massachusetts and Missouri in the works, Calyx Peak is gearing its efforts toward organic growth and better utilizing its existing assets. While the company would consider a compelling M&A opportunity, it is not out in the market looking for one, according to Schmults.

The privately held company has raised more than $50 million through various instruments, according to Schmults. Now, it is looking to raise capital to fund the build-out of its operations in Massachusetts and Missouri. The company will need to raise approximately $50 million in each market, and it is considering various approaches, such as real estate, equity and debt.

At this time, Calyx Peak is not exploring the public markets. It remains focused on maximizing the opportunity of its current assets.

Calyx Peak is profitable and cash-flow-positive, and Schmults expects the company to finish the year with solid EBITDA. The company is currently performing 26 to 27 percent ahead of plan. The company’s greenhouse yields and the robust pricing in the California market are helping to drive growth.

EBITDA is, naturally, a key metric that the company tracks. It also carefully tracks cultivation and retail metrics. On the cultivation side, the company analyzes seasonal factors and growing conditions to best understand which strains produce the highest yields. Average order size, average selling price and products being sold help the company to manage its retail business.

In the second half of 2021, assets in Massachusetts and Missouri will likely add new revenue streams for the company. As the company continues to drive operational efficiency in these two new markets and its existing markets, Schmults expects to see sales in excess of $100 million by 2022.

To learn more, visit the Calyx Peak website. Listen to the entire interview: