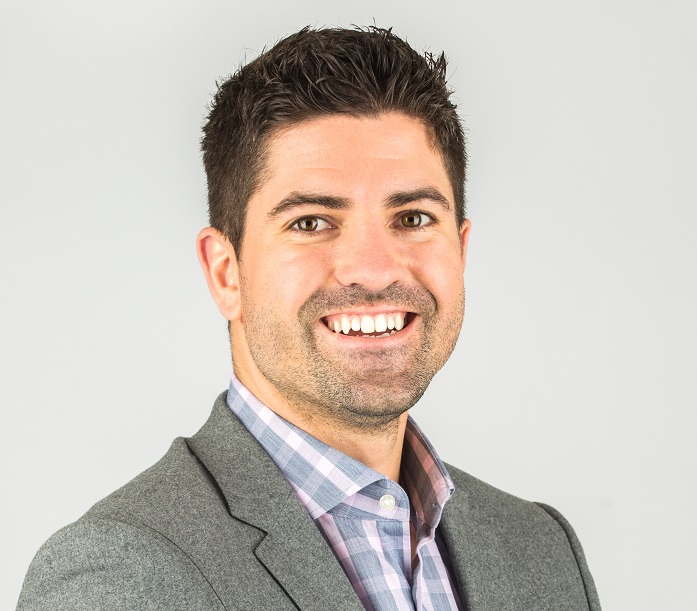 Greenlane Holdings (NASDAQ: GNLN) is making progress on its consumer house of brands strategy as it navigates cannabis industry headwinds. The ancillary company is selling non-core assets and strategically improving its liquidity. CEO Nick Kovacevich last spoke to New Cannabis Ventures at the end of 2021, and now, he reconnected to share an update on how the company is weathering today’s challenges and preparing for a bright future in the cannabis space.

Building a Consumer House of Brands

Given the public markets today, exiting individual business units is more lucrative than raising capital for the company, according to Kovacevich. Packaging, although complementary, does not fit the profile of where the company plans to go as a consumer house of brands. Packaging represents approximately 20 percent of Greenlane’s overall sales, but it is resource intensive. Exiting that business will help the company as it pivots to its new strategy, and it will provide cost savings.

Following the announcement of the plans to sell the packaging business, Greenlane has been receiving a lot of interest. Players in traditional packaging could want a toehold in the cannabis space, and players already in cannabis could want to add or augment their own packaging capabilities. Greenlane will be able to reinvest the proceeds from that sale as it works toward its goal of becoming the top ancillary consumer house of brands in cannabis.

Packaging is a part of Greenlane’s Industrial Goods business segment, along with its energy business and CCELL vape products. While the company is planning to sell its packaging business, it intends to keep the other two segments. Greenlane’s energy business is low-cost and profitable, according to Kovacevich. Greenlane has a relationship with Smoore, the parent company of CCELL. The company plans to diversify into the consumer space with Smoore.

Greenlane has the leadership team in place to help it move through this strategic shift. Earlier this year, the company appointed Craig Snyder Chief Commercial Officer, and more recently, he has been promoted to President of the company. Snyder’s skill set is very relevant to what Greenlane is aiming to accomplish, according to Kovacevich. He has extensive experience in M&A, turnarounds and restructuring. He also has experience with consumer brands, which will be key as Greenlane looks to utilize platforms like Amazon, Walmart, eBay and Google to grow its business.

The company has also promoted Amir Sadr to General Counsel. He has played a critical role in getting the company through a number of recent initiatives, including closing operating facilities to realize cost savings. Sadr also led the company through the sale of its VIBES business.

Darsh Dahya also joined the team as Chief Accounting Officer. He has helped the company with the heavy lifting associated with its recent registered direct offering and asset-based loan. Kovacevich is confident that Greenlane has the right executive team to take the company where it is headed.

The company is investing more in its own brands. It will be looking to leverage other distributors to help build volume and market share. Greenlane went through an intense SKU rationalization process following the KushCo/Greenlane merger. Now, it is looking to round out its catalogue with the right products for the right customers.

Greenlane is positioning itself to serve the evolving cannabis industry. Consumers who traditionally purchased in the illicit market have been accustomed to going to smoke shops to purchase ancillary products. Smoke shop aren’t going away, and Greenlane intends to continue serving that channel. But consumer purchasing patterns are shifting to the legal channels, and Greenlane wants to help cannabis dispensaries be a one-stop shop for consumers.

As the stigma around cannabis continues to fade, Greenlane is looking for ways to work with more traditional retailers. For example, convenience stores and gas stations have garnered significant revenue from tobacco products and accessories, but younger consumers are shifting away from that industry. Greenlane wants to help fill that void, offering the convenient store channel cannabis accessories instead. Online retail is another essential part of Greenlane’s strategy. The company wants to make its products more widely available to consumers via mainstream online marketplaces, like Amazon.

Greenlane wants to tap into scalable channels, and this includes MSOs that have access to multiple retail doors, sometimes more than 100. While the company sells its products to cannabis operators of all shapes and sizes, MSOs are a big focus because they have the ability to pay their invoices. The company has been burned in the past, particularly following the vape crisis of 2020. It is migrating toward bigger clientele and minimizing its credit risk.

Competition in the Ancillary Space

While there are not as many new entrants into the cannabis space, the companies in the space today are facing capital challenges. Greenlane is no different, but Kovacevich does not see much competition when it comes to building out a portfolio of ancillary consumer brands. He pointed to strong ancillary brands like Puffco, Storz & Bickel and Grenco, but these are single brands. Greenlane has four owned brands, and its expanding all of them. The company also has licensed brands. As a NASDAQ-listed company with a larger portfolio of consumer brands, Greenlane has a competitive advantage, according to Kovacevich.

Last year, Greenlane was active in the M&A space. It acquired Eyce and DaVinci and completed the merger with KushCo. This year, the company is securing its foundation, building out its consumer strategy and entering more marketplace channels. Next year, the company will have made significant progress on its consumer strategy, and Kovacevich is hopeful for more tailwinds in the industry. When that time arrives, Greenlane will be in a good position to pursue more M&A. The company could be prepared to take on a roll-up strategy. If the conditions aren’t right for M&A, Greenlane still has plenty of internal and organic opportunities to grow and strengthen its business, according to Kovacevich.

In June, Greenlane announced a plan to gain $30 million in liquidity by the end of the year. As a part of that plan, the company secured a $15 million asset-based loan. Greenlane will use that facility for its working capital needs, according to Kovacevich. Greenlane is often paid on net terms, which means it needs the cashflow to manage its business from its suppliers all over the world to its customers’ doors, while it waits to be paid 30 to 45 days later.

Greenlane has also did a $5.4 million registered direct offering, and sold its VIBES business for $5.3 million. The company also sold its Azarius retail business in Europe for an undisclosed amount, and it plans to sell its headquarters in Boca Raton, Florida.

The company is also making progress toward that $30 million goal by selling excessive and obsolete (E&O) inventory. Already, it has completed $2 million in sales. Greenlane has reached more than $20 million of its $30 million goal, which it could ultimately exceed.

Greenlane received notice that its shares fell below $1, and the shares did not come back above $1 organically. To fulfill its NASDAQ listing requirements, the company opted to do a 1:20 reverse split. The market has responded well, according to Kovacevich. Now, the company plans to use this as a baseline to reset and rebuild investor confidence in the company.

In the very early days of the cannabis industries, companies were focused at growth at any cost. But then, the capital environment became more difficult, and profitability was more important. Now, investors want to see liquidity and viability, according to Kovacevich.

Greenlane is on a mission to show investors that the company will be viable in the long-term. It is focused on shoring up its balance sheet with non-dilutive capital, hence the $30 million liquidity plan.

But that liquidity doesn’t mean much if the company loses money quarter after quarter. So, Greenlane is cutting costs and looking for ways to break even and reach free cash flow. Greenlane missed on revenue and withdrew guidance, but it is hard at work looking to drive revenue with its higher-margin consumer strategy.

While the company can control its balance sheet and its push for profitability, it cannot control the macro factors that affect the cannabis business. Kovacevich is hopeful for some kind of positive regulatory change, but he acknowledges that the company cannot rely on that happening.

While Greenlane wades through the tough capital and regulatory environment of today, it remains committed to compliance. Kovacevich pointed to some competitors shipping products in a noncompliant manner. Greenlane, especially as a NASDAQ-listed company, cannot do that. In the long-term, Kovacevich anticipates that its high level of compliance will benefit the company.

As Greenlane looks to the possibility of federal legalization, its owned brands strategy becomes even more important. Once cannabis becomes federally legal, consumers will be able to shop for ancillary products in more channels, and Greenlane will already be there with products not only in dispensaries but also available on convenience store shelves and online through retailers like Amazon.

Greenlane Announces Changes to Board of Directors