Publicly-traded Digipath Labs (OTC: DIGP), which reported sales in excess of $600,000 from its Nevada-based cannabis testing lab for the quarter ending 9/30/17, has been suspended from operations. The company issued an 8-K filing with the SEC followed later by a press release on Monday:

On January 19, 2018, following the close of business, Digipath was notified by the State of Nevada Department of Taxation, Marijuana Enforcement Division (the “Department”) that the Medical Marijuana Registration Certificate and Marijuana Testing Facility License (the “Licenses”) held by the Company’s wholly-owned subsidiary, Digipath Labs, had been suspended due to certain regulatory violations the Department found in the course of its review of Digipath Labs’ operations and procedures.

Clark County, where the lab is located, will hold a hearing on March 22nd as well, though the company is working on expediting the process there as well. While suspended, the company is not able to perform any tests and will be referring its clients to competitors. The state has suspended three labs since Nevada legalized last July, though it has never revealed publicly the details on any of the suspensions, including the Digipath suspension. Digipath previously faced suspension for promoting an event in violation of state rules.

Digipath’s stock plunged on the news in its second highest day of volume ever, with the stock losing 43% as it closed at $0.1999 in trading on Monday. 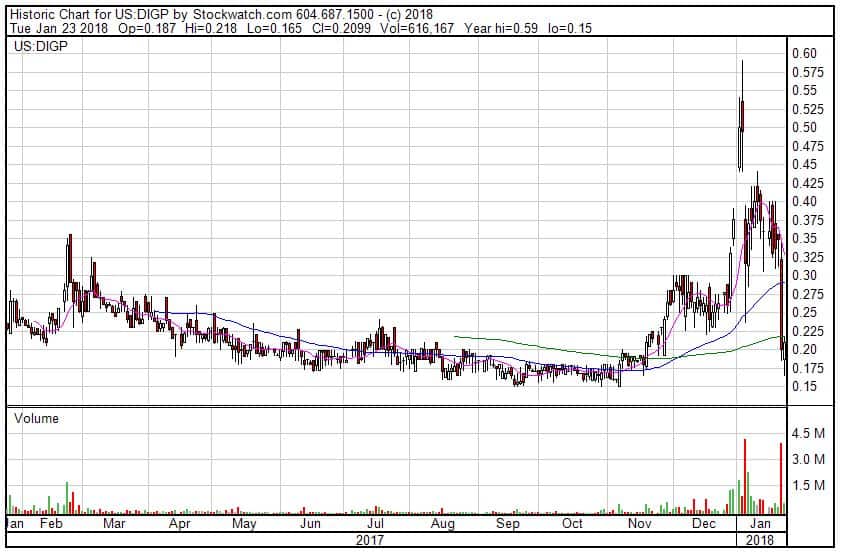