Note:  New Cannabis Ventures recently published “The Flawed $6 Billion Cannabis Industry Energy Consumption Figure Debate” that discussed how a recent report by New Frontier had potentially precipitated some misunderstandings about the amount of energy consumed by the legal cannabis industry.

The Future of Energy is Bigger Than “$6 Billion” 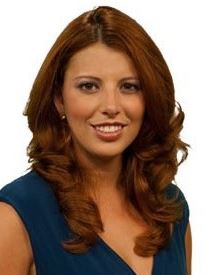 There is little debate that marijuana is the most energy intensive agriculture crop produced in the U.S. New Frontier’s Illuminating Cannabis: The Future of Energy in the Marijuana Industry reports on the cannabis industry’s energy footprint and the need for the industry to take note of possible repercussions if energy efficient technologies are not embraced.

Many in the industry since the release of our report have chosen to focus on the figure “$6 billion,” which is the total annual cost of energy used in the production and distribution of both legal and illicit marijuana, according to a 2012 study by Dr. Evan Mills, a leading energy analyst and member of the U.N Intergovernmental Panel on Climate Change. In our report, New Frontier acknowledges that the Mills’ study may not reflect recent energy-related technological advancements. Mills’ report was intended as the starting point of a broader exploration of energy use in the cannabis industry. New Frontier is working to ingest real-time energy-use data, which will allow us to build on the work done by Mills and others thus ensuring that we provide the most accurate representation of where the industry currently is and where it is headed.

Mills’ study is only one component of New Frontier’s overall analysis of the industry as a whole. Our report includes a range of data sources, including data from Xcel Energy and the Northwest Power and Conservation Council (NPCC), utilities that serve states with legal markets. The NPCC expects electricity use by marijuana producers in Northwestern states to increase from 120 megawatts in 2015 to 237 megawatts in 2035, at which point the industry will consume approximately 3% of the region’s projected commercial electricity demand. Shifting to more energy efficient technologies can save over 30% of the industry’s energy bill in Washington alone.

New Frontier strives to be the cannabis data analysis and industry reporting authority by collecting reliable data, applying rigorous analysis, and producing actionable intelligence. Our mission is to bring transparency to the nascent sector via facts, objective reporting, and reliable predictions keeping industry stakeholders prepared and aware of what lies ahead – a herculean endeavor in as unique and young a sector such as this one.  This report is just one example of the means by which we shed light on issues of critical importance to the growth and evolution of the industry, and provide the information needed to let stakeholders be proactive rather than reactive.

The fixation on the report’s citation of Mills’ study misses the much broader and detailed analysis provided in the full report. The industry has made energy advances over the past few years, but there still remains wide differences between the most and least energy efficient operators. With the explosive growth expected in the coming years, operators who fail to consider the efficiency of their facilities will find themselves at a disadvantage in an increasingly competitive environment.