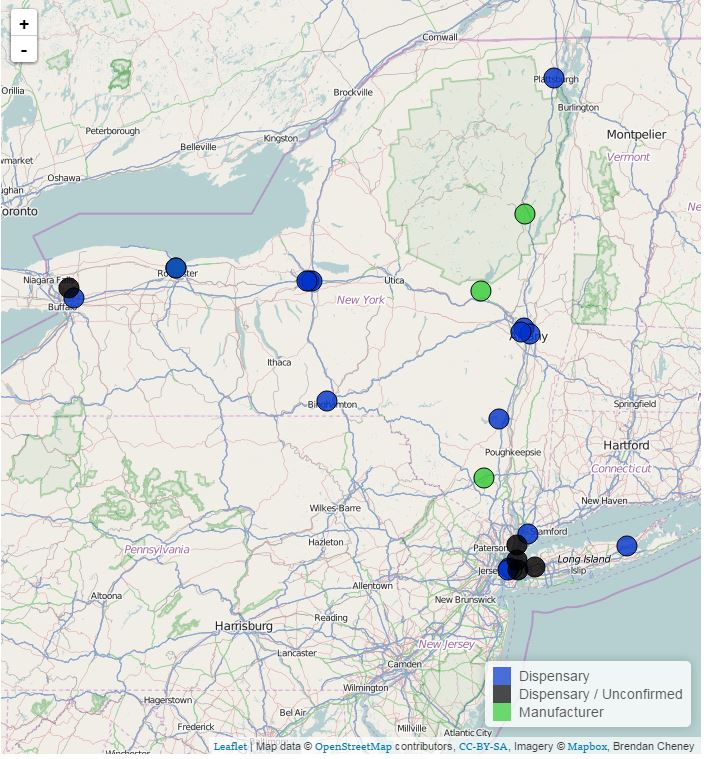 ALBANY— With roughly three months left until the state’s medical marijuana program is supposed to be fully operational, several companies awarded a license to grow and distribute the drug aren’t sure where they will locate some of their dispensaries, calling into question whether the program will be up and running by January, as Governor Andrew Cuomo promised.

Five of the 20 dispensary locations, which the state sanctioned, have not been finalized yet by the local governing body, meaning that patients in large areas of the state could be left without access to the drug.

POLITICO New York called every municipality or community board where a dispensary is scheduled to open. In some cases, local officials and representatives were adamantly opposed. In others, they outlined zoning and permitting concerns. And in still others they were surprised to learn a dispensary would soon come to their neighborhood, even though the state announced locations in August.

The apparent lack of readiness alarmed patient advocates, who were already concerned that the state’s program was too limited to provide statewide access.

The failure of any of them to open changes the game in terms of access just because there are so few.