“Our board of directors voted to oppose state Issue 3 because of the conflict it would create between state and federal law,” Mike Adelman, league president and chief executive officer, said in a statement.

The league represents 200 large and small commercial and savings banks and savings and loan associations, with assets up to $3 trillion. 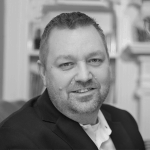 The Yes on 3 Amendment does not require Ohio banks to take the billions of dollars generated from Ohio’s regulated marijuana industry. Therefore, the Ohio Bankers League has no legitimate concerns to deposit.