Statistics Canada released August retail sales for the country this morning, with sequential growth slowing from last month’s 15% gain, as overall cannabis sales grew 5% sequentially to C$244.9 million, up 94% from a year ago. The report detailed how Ontario, which grew 11% to C$66.9 million, drove the sales, as other major provinces increased 2-5%: 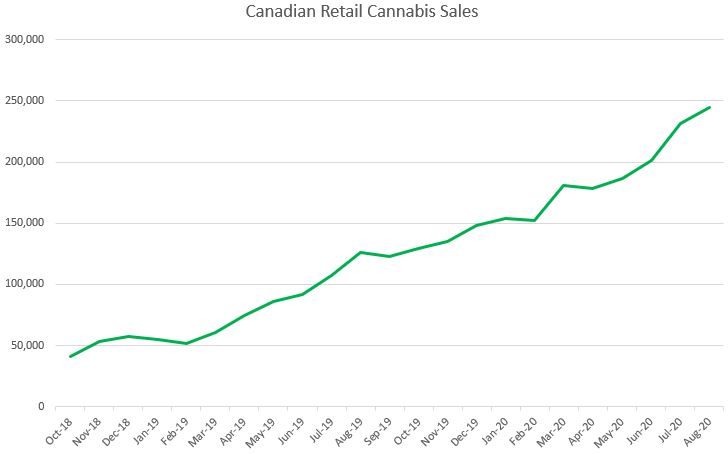 August’s growth was the first time that the market failed to achieve more than 100% growth from the prior year. Hifyre IQ had forecast sales of $255 million based upon its data. The data analytics provider had estimated September growth to be 7% above its August forecast.

Drivers of growth include the expansion of stores in BC and especially Ontario, the success in value-priced flower and the roll out of next-generation products, especially vapes. The 6% advance in August was slightly below the average monthly growth rate of 7% over the past year. Alberta and Quebec experienced growth of just 2% sequentially, while BC grew 5% and Ontario, which represented 27% of the market, gained 11% compared to the prior month: 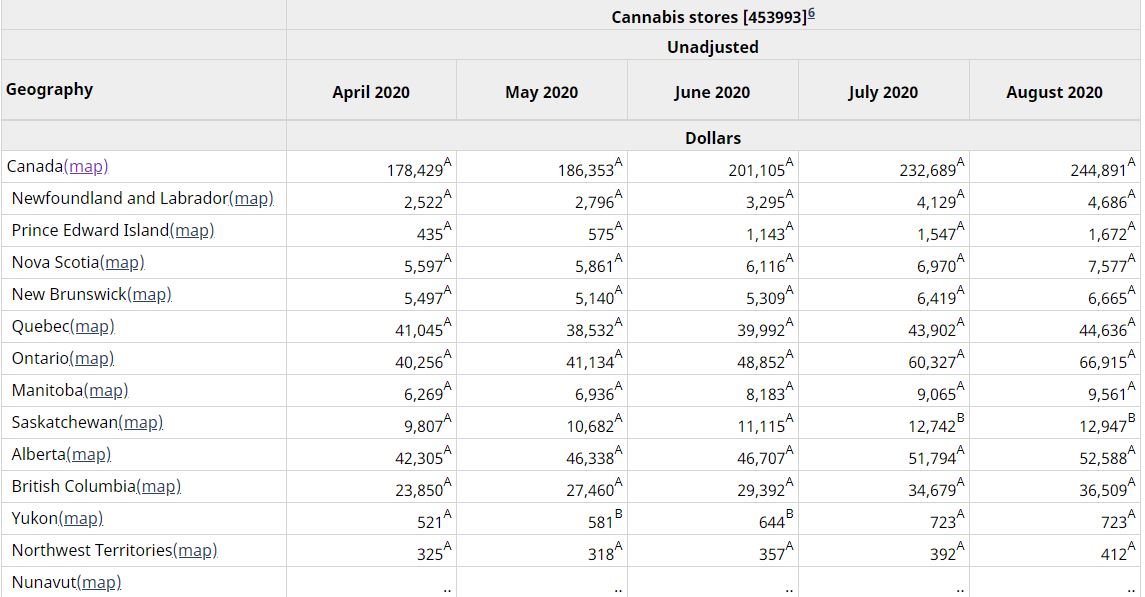 Hifyre IQ estimated that product categories changed only slightly in August compared to September, with pre-rolls increasing from 18% to 19%, while flower fell from 54% to 53%. Its forecast for September suggests that flower expanded again. 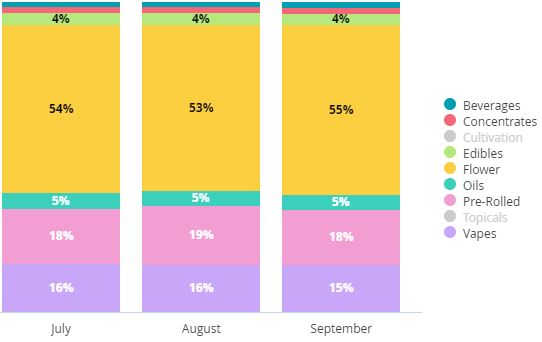 The September sales will be released on November 20th.

Note: This article has been revised to reflect a data revision for August, which resulted in the sequential growth being 5% rather than 6%