“Since the onset of the global pandemic, the priority for us has been protecting the health and safety of our employees,” said Greg Engel, CEO.

This prioritization led to a significantly reduced workforce which contributed to a number of product launch delays, including our initial large format value offering, which affected opportunities to potentially capture significant market share and sales in dried flower, the largest product segment of the recreational market. 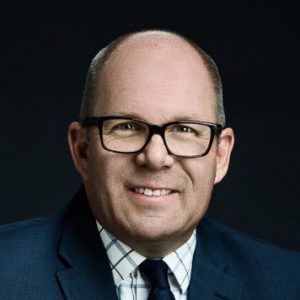 Since then, we have launched a number of new products and line extensions with more to come. Furthermore, we believe we have right-sized our workforce and even before doing so, we were able to generate positive cash flow from operations in Q3 2020 as we continue to remain focused on building a business that delivers attractive return on investment for shareholders.

Outstanding basic and fully diluted share count as at July 17, 2020 is as follows:

The Company will host a conference call to discuss its results with details as follows:

This news release refers to certain financial performance measures (including, target production capacity, and adjusted EBITDA) that are not defined by and do not have a standardized meaning under International Financial Reporting Standards (“IFRS”) as issued by the International Accounting Standards Board. These non-IFRS financial performance measures are defined below. Non-IFRS financial measures are used by management to assess the financial and operational performance of the Company. The Company believes that these non-IFRS financial measures, in addition to conventional measures prepared in accordance with IFRS, enable investors to evaluate the Company’s operating results, underlying performance and prospects in a similar manner to the Company’s management. As there are no standardized methods of calculating these non-IFRS measures, the Company’s approaches may differ from those used by others, and accordingly, the use of these measures may not be directly comparable. Accordingly, these non-IFRS measures are intended to provide additional information and should not be considered in isolation or as a substitute for measures of performance prepared in accordance with IFRS. Please refer to the Company’s Q3 2020 MD&A for definitions and, in the case of adjusted EBITDA, a reconciliation to IFRS amounts.

Organigram is focused on producing high-quality, indoor-grown cannabis for patients and adult recreational consumers in Canada, as well as developing international business partnerships to extend the Company’s global footprint. Organigram has also developed a portfolio of adult use recreational cannabis brands including The Edison Cannabis Company, Ankr Organics and Trailblazer Organigram’s primary facility is located in Moncton, New Brunswick and the Company is regulated by Health Canada under the Cannabis Act (Canada) and the Cannabis Regulations (Canada).

1 Adjusted EBITDA is a non-IFRS financial measure not defined by and does not have any standardized meaning under IFRS; please refer to the Company’s Q3 2020 MD&A for definitions and a reconciliation to IFRS.