One of the biggest stories in the cannabis industry this year has been the massive amount of capital raised by licensed producers in Canada. Already OrganiGram (TSXV: OGI) (OTC: OGRMF) had raised over $33mm in two offerings earlier this year. This morning, the company announced a $35mm “bought deal” to be underwritten by Dundee Securities, which yesterday boosted its target price on the stock from $2.00 to $4.00. OGI closed at a record high of $3.99, up over 20X from the all-time low set last October: 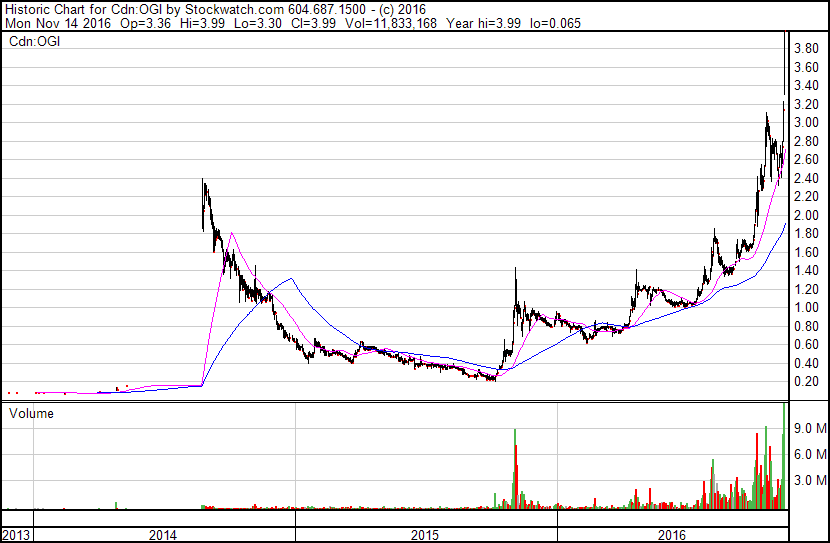 Dundee Securities has agreed to purchase 9.86mm shares for resale, but it has an option to purchase an additional 1.479mm shares within 30 days of the deal’s close. With the exercise of the over-allotment option, the size of the deal would be $40.253mm. The deal, which is expected to close by December 7th, will fund capital expenditures, working capital and general corporate purposes.

With the closing of three recently announced deals, including the OrganiGram raise and pending offerings by Aphria and Supreme Pharma, the publicly-traded LPs will have raised almost $400mm since the Liberal Party took control of the government last October, including $351.7mm in 2016. 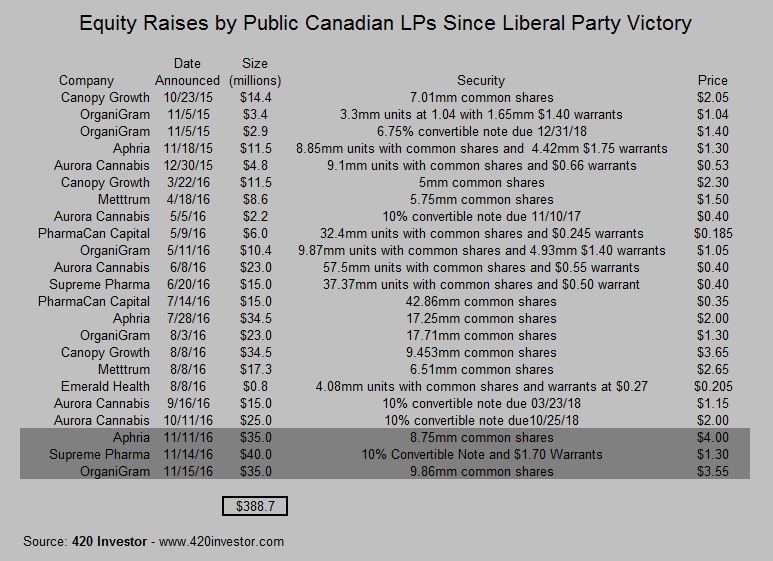