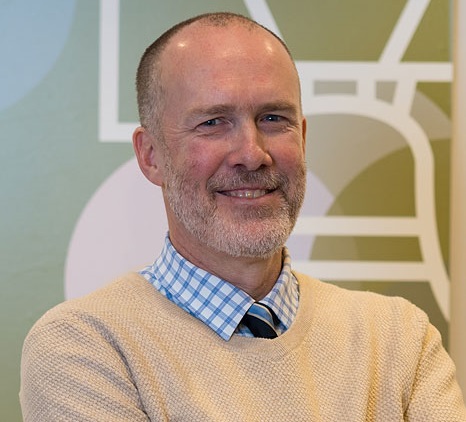 Ethos Cannabis was a relatively unknown player prior to the announcement that it would be acquiring assets from 4Front Ventures in Maryland and Pennsylvania. The company, led by the former CEO of PharmaCann, has quietly established itself in Massachusetts and Pennsylvania. Now, it is making waves with the 4Front deal and a new research partnership with Thomas Jefferson University in Philadelphia. CEO Teddy Scott, PhD, J.D., spoke with New Cannabis Ventures about his company’s opportunity in the Northeastern U.S., a disciplined approach to growth, and the opportunities ahead for Ethos Cannabis. The audio of the entire conversation is available at the end of this written summary.

Scott completed his Ph.D. in molecular biophysics and then attended law school. Practicing as an intellectual property attorney, he worked with biotech and pharmaceutical companies. In 2015, he left his practice to co-found PharmaCann. During his time as CEO of PharmaCann, he saw the cannabis industry mature and the next wave of development heading to the East Coast. With five years of experience in the industry, he has been able to hit the ground running at Ethos.

Ethos has drawn experienced leaders from both within cannabis and outside of the industry. CFO David Clapper and Chief of Staff Alex Chadwick come from strong financial backgrounds, both with experience in cannabis investment dating back several years. Head of Marketing Mike Bibbey brings his experience in consumer markets to the team. The company has also beefed up its operational talent with Head of Compliance Katherine Ciambrone and President of Massachusetts Alex Hardy. The company continues to build its team in order to support a scalable business with the ability to execute, according to Scott.

Operations in Massachusetts and Pennsylvania

The dispensaries and facility in Massachusetts are ready for inspection, but the operations in the state have been delayed due to COVID-19. Once that market begins to reopen, Ethos will be prepared. Outside of Massachusetts, cannabis has been largely recognized as an essential business. As a result the company’s revenue is increasing during the pandemic, according to Scott.

While the company was building up its operations, the opportunity arose to acquire Pennsylvania and Maryland Mission dispensaries from 4Front Venture. The Ethos team wasn’t looking for that kind of deal, but it was a strategic fit. The company has already closed on the Pennsylvania asset, and it is waiting on regulatory approvals for the four assets in Maryland. Scott expects to close that portion of the deal by the end of June or in July.

Ethos was able to sign the LOI, complete due diligence, arrange the closing documents, and fund the deal within a matter of weeks. The company is well-capitalized, and it was able to allocate $14 million from its balance sheet for the deal, according to Scott.

Two months ago the company wasn’t even considering the deal with 4Front. Though Ethos was quick to seize the opportunity, it takes a disciplined approach to M&A. It has said “no” to many other opportunities, but it will continue to evaluate options, potentially in Pennsylvania and the rest of the Northeastern U.S.

Ethos is considering additional states to add to its footprint. The company has a pending application for a vertical license in New Jersey, as well as applications with social equity partners in Illinois.

New Jersey is an important piece of the company strategy, particularly southern New Jersey. This part of the state is a part of the Philadelphia metro area. Philadelphia, as well as Pittsburgh, will be focal points for the company, according to Scott.

The research partnership with Thomas Jefferson University was one of the main reasons Scott was excited to join Ethos. During his time at PharmaCann, he tried to develop relationships with hospital systems, medical schools, and research companies, but the stigma and federal illegality of cannabis made it difficult. Now, Thomas Jefferson University, a major academic institution, is working to better understand cannabis and its applications.

The partnership has already helped to launch a study with 300 patients. Through this kind of research, the university will better be able to understand cannabis in the context of public health, and Ethos will be able to better understand how to serve its patients and customers.

Ethos is backed by a core group of high-net-worth individuals who been with the company since the beginning, according to Scott. With their support, the company was able to complete the 4Front deal quickly. Additionally, it has demonstrated an ability to raise capital in a challenging environment.

As the company continues to grow, Scott is highly focused on execution. Closing acquisitions, winning licenses, and planting flags are all paths to growth, but companies will run out of capital if they are unable to execute following those opportunities, according to Scott. Ethos is working to put the people and systems in place to drive that execution, delivering on what it says it can do.

Assuming the Massachusetts market reopens and the company has all of its locations open in Q1 to Q2 of next year, Ethos is looking at a run rate of approximately $100 million and EBITDA of approximately $40 million, according to Scott. This does not take into consideration the possibility of winning licenses in New Jersey or Illinois. The company has even more potential ahead with the possibility of Pennsylvania and Maryland adopting adult-use legislation.

Ethos will continue its disciplined approach to growth, carefully selecting opportunities and ensuring its people work together to drive the company forward.

To learn more, visit the Ethos Cannabis website. Listen to the entire interview:

TerrAscend Cuts Down Debt and Prepares to Go Deeper Across Its U.S. Footprint