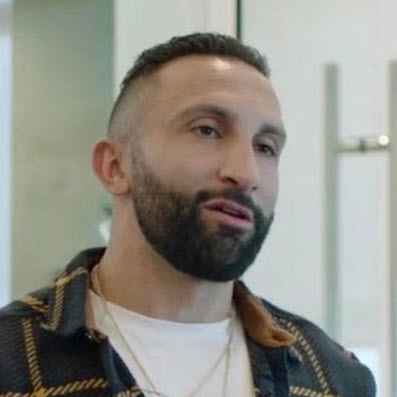 Cannafornia has rapidly built its foundation in Salinas, California, but the company is prepared to expand its brand, which is selling at a annualized rate of almost $50 million. CEO Paul King spoke with New Cannabis Ventures about building a profitable company, the company’s CBD division and his long-term vision. The audio of the entire conversation is available at the end of this written summary.

King has a long history of entrepreneurship–working in tech and real estate before entering the cannabis space. The ultra-competitive environment of tech and negotiating real estate deals has helped prepare him for the demands of the cannabis industry.

Cannafornia has a lean team of approximately 100 employees. The team is divided into different divisions on the farm, such as harvesting, trimming, and packaging. Each division reports to a team leader, who in turn, reports to the farm leader.

The company is at a point where team expansion is a priority. Cannafornia will need a full-time, in-house head of HR to handle finding and hiring strong people to join the team, according to King.

The company is on the verge of entering another state. The state is limited-license and an excellent place to grow, according to King.

While public companies are struggling and access to capital is becoming more difficult, King’s sees entrepreneurial opportunities. The company was built to be profitable– not reliant on capital to operate. As acquisition prices go down in the market, the company will be looking for opportunities to pick up assets, according to King.

Cannafornia’s product portfolio includes eighths, prerolls, cigars, and vapes with a focus on affordable price points. The company’s CBD division offers edibles, prerolls, tinctures, and balms. The company is also developing a line of products targeted at women–set to launch in mid-December. Other products, such as a sunscreen and massage oil, are in the works as well.

For the time being, the company is focused largely on wholesale in the California market. The company is in discussions with some distribution companies, but it may decide to keep distribution in-house. Cannafornia has even created its own delivery company, but it is waiting for the right technology partner with the cars and infrastructure before officially launching.

CBD and the Cannafornia Fight Team

Cannafornia’s CBD division is partnering directly with UFC fighters. The company has assembled the Cannafornia Fight Team, which features athletes like Colby Covington, Jared Cannonier, Jairzinho Rozenstruik, Tatiana Suarez, and Derrick Lewis. The fighters are using the company’s CBD products and sharing their experience. King and Convington have also developed a series of vlogs, which are going to launch before Covington’s championship fight in December.

Fighting was of interest to King because he boxes and understands the demands this type of sport puts on the body. He sees the partnerships with fighters building exposure for and confidence in Cannafornia’s products over time.

Cannafornia raised $10 million to support the build-out of its 200,000 square feet in Salinas. After becoming profitable in April, the company raised more capital in Canada–a total of CA$13.5 million in May. The company is now launching another round to help bring it to 800,000 square feet of greenhouse and to support its move into a new state.

As the company grows, it will be looking for investors that offer value, such as distribution assets or tech experience, beyond just capital.

Cannafornia began doing $1 million in revenue back in April and May. Since then, the company’s scaled up operations have gone from 10,000 plants growing at a time to 70,000 plants growing. Now, revenue is at $4 million a month. Retail and CBD sales may take that number a bit higher, but the company is operating at just about full capacity. So, it will be looking to add additional greenhouses and properties in 2020, according to King.

Going public is in the company’s future, but King does not want to merge with another company or be bought. Ideally, he foresees waiting until he can take Cannafornia public in the United States. King believes in the importance of defined vision and the persistence it takes to execute that vision. He is focused on keeping the company’s culture lean and efficient as it continues to scale.

To learn more, visit the Cannafornia website. Listen to the entire interview: