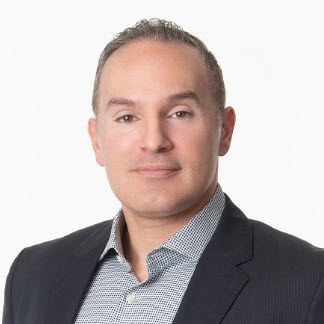 Although Verano Holdings is no longer moving forward with the Harvest Health merger, the company is still focused on growing in the cannabis industry. The company’s people, well-defined processes and its premium products create a strong foundation, according to Co-Founder, Chairman and CEO George Archos. He spoke with New Cannabis Venture about important members of the company’s leadership team, key markets and plans for continued profitable growth. The audio of the entire conversation is available at the end of this written summary.

The People at Verano

Archos was initially attracted to the cannabis business because he saw how positive of an effect the plant could have. A number of his family members experienced the power of medical cannabis. In addition to the personal connection, Archos was drawn to the challenge of running a successful cannabis business.

In addition to Archos, the Verano leadership team has a line-up of talent ranging from legal expertise to human resources experience. Co-Founder and Chief Strategy Officer Sam Dorf is an attorney. Chris Fotopoulos oversees all of the company’s real estate leases as Executive Vice President of Legal Real Estate, while Vice President of Real Estate Acquisitions Rocky Afo is in charge of finding real estate for the company.

Verano has a footprint in 12 U.S. states. The company is operational in many of its markets, with more assets coming online this year and next year. It has 14 retail locations and six cultivation and production facilities open today, according to Archos. Verano has plans to double the number of retail locations by the end of the year and bring more cultivation and production facilities online. The company’s people and processes allow it to produce its high-quality, premium products in the flower, edible and extraction categories.

This spring, Verano and Harvest Health announced that they would not be moving forward with their merger plans. Though a tough decision for both parties, external factors–including COVID-19–made it very difficult to complete the transaction, according to Archos.

Having just worked toward a large merger, Verano knows how difficult that process can be. Going into the next year, organic initiatives and potentially tuck-in acquisitions will be the biggest drivers of growth, according to Archos. The company has brought on some debt to support M&A activity.

Verano has not done a raise since 2018. Today, the company is funded by its cash flow and net income. The company is currently well-funded and has no immediate plans to raise capital beyond debt to fund tuck-in acquisitions. Nor is the company currently working on a public market strategy, but every option is on the table, according to Archos.

Verano believes in collaborative competition, according to Archos, given the limits on licensing within most markets. He recognizes that there are a number of strong companies in the industry and there is plenty of room for success. Ultimately, Verano focuses on its own operations (premium products, strong customer service and retail experience) without worrying too much about what the competition is doing.

Illinois, New Jersey and Ohio will be the biggest drivers of growth for the company in 2020. With more consumers entering the space and more markets coming online, there are plenty of opportunities for the company to continue growing.

Verano is focused on running an efficient business, which has allowed it to reach positive cash flow and net income. The company has not taken on a lot of debt or sold all of its real estate. Archos is positive that the company has positioned itself to secure positive growth in the future.

While the pandemic has proved to be an industry-wide challenge, it has helped the company become stronger and learn how to be prepared. Archos is confident in his team’s ability to meet the challenges of the cannabis industry, and he expects the second half of the year to be stronger.