Voters in Florida approved expanded medical cannabis legalization nearly four years ago after failing to do so in 2014, with 71% voting in favor of Amendment 2. The program has become one of the most successful limited license medical cannabis programs to date, with over 361K active patients as of July 2nd. In this review, we take a look at the history of Florida’s cannabis program, the existing marketplace and potential for future growth.

Prior to the current program, Florida permitted a limited number of patients to use low-THC strains, with several growers already operating after a 2015 application process that saw the state approve seven after receiving 28 applications from nurseries.

Amendment 2 detailed several qualifying conditions. The current ones include: 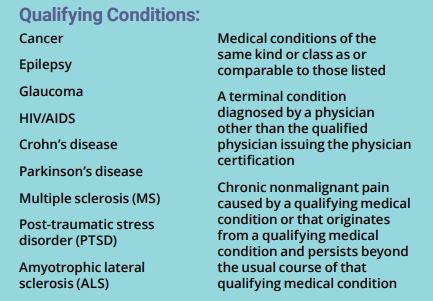 The Florida Department of Health supervises the program, which is overseen by its Office of Medical Marijuana Use (OMMU). Florida doesn’t allow home-grow. Patients are able to access medical cannabis through dispensaries, and delivery is an option.

A major improvement was made in early 2019, when the ban on smokable flower was lifted after having been overturned by a court in May 2018. A change that lies ahead, likely deferred by the pandemic, is the addition of edibles

Florida has 22 medical marijuana treatment centers (MMTCs) currently approved, though not all are operational. Authorizations are made in three stages, including cultivation, processing and dispensing. Of the 22 MMTCs, 15 are permitted to dispense. Of the remaining 7, 3 have cultivation authorization, 2 have processing authorization and 2 are listed as “n/a.” The state isn’t accepting MMTC applications at this time. 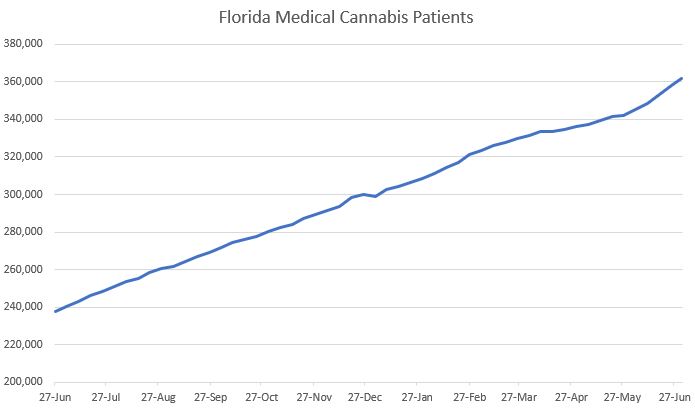 During April and May, growth in patients slowed, most likely due to the pandemic, but the four-week growth rate has sharply accelerated since Memorial Day: 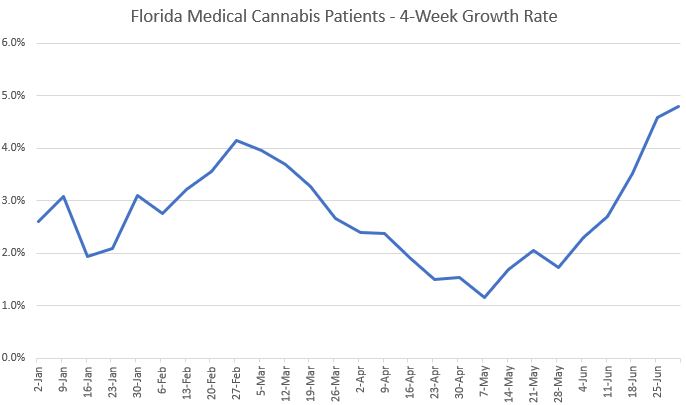 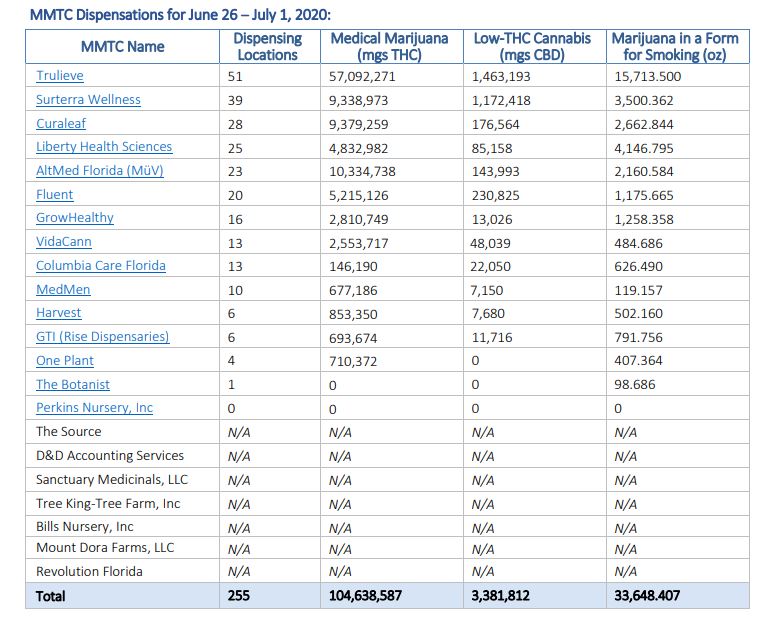 The 15 dispensing MMTCs include the 7 detailed above, of which 6 are public companies, as well as 8 additional ones. Of the additional MMTCs, 5 are publicly traded, including Acreage Holdings (CSE: ACRG.U) (OTC: ACRGF), which owns The Botanist, Bluma Wellness (CSE: BWEL), which operates as One Plant, Columbia Care (CSE: CCHW) (NEO: CCHW) (OTC: CCHWF), Green Thumb Industries (CSE: GTII) (OTC: GTBIF),  and MedMen (CSE: MMEN) (OTC: MMNFF). Financial constraints at several of these companies could impede their growth in the market.

Trulieve is the clear market leader, with 20% of the dispensaries and substantial leadership in both extracted products and flower, and it derives almost all of its revenue from Florida. In Q2, it generated sales of $96.1 million. It has added 9 stores this year. Privately held Surterra Wellness has added two dispensaries and aggressively expanded its sales of flower. Curaleaf hasn’t added any dispensaries this year and has seen its share of the market decline in terms of units relative to Trulieve. Liberty Health Sciences derives all of its revenue from Florida and has added 3 dispensaries this year. In its fiscal Q4 ending 2/29, it generated revenue of C$17.8 million (about US$13 million).

Overall unit growth has been robust in 2020. In the most recent quarter, Medical Marijuana has grown almost 18% from the prior quarter compared to almost 16% comparing Q1 to Q4. In the most recent week, it expanded 57% from a year ago. Flower growth has been more robust at almost 41%, though it slowed from almost 47% growth sequentially during Q1.

At present, Florida is fully vertically integrated, with no wholesale activities permitted, and the market could become more efficient with a change. Many MMTCs have struggled to ramp up production, and several MMTCs would likely be better off buying wholesale than continuing to self-supply their dispensaries. Even without a change in wholesale, expanded production capacity could help meet what appears to be continuing robust patient growth. The addition of edibles, which is long overdue, is likely to boost the market as well. Rules were proposed in December, but they haven’t yet been adopted.

Looking ahead, Florida could legalize for adult-use through the ballot initiative process in 2022. The state requires 60% for an amendment to pass, making it somewhat challenging. Make It Legal Florida has proposed an amendment that would allow MMTCs to sell to any adult 21 years of age or older. There is no discussion of taxation or home-grow in the amendment. It’s also possible that the legislature could move to legalize. Earlier this year, Republican state senator filed SB 1860, but it was withdrawn from consideration in March.

With or without adult-use, the very successful Florida medical cannabis market continues to rapidly expand. Cannabis investors are able to participate in the growth through several public companies operating in the market, including two that derive the vast majority of their revenue from it.

Note: We have revised this article to correct an earlier error regarding the San Felasco license